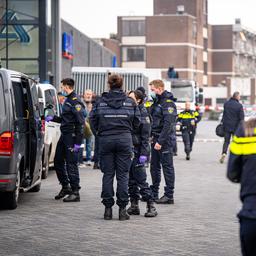 The third getaway car of the 49-year-old fugitive from the shooting in Zwijndrecht was found in Hoek van Holland on Tuesday evening. The black Seat Ibiza of Minh Nghia Vuong was parked on Dolphijnstraat. An arrest team searched a house in the area, but did not find Vuong. The search continues and help from the public remains welcome, the police emphasized.

The suspect has not yet been arrested. On Tuesday, the police announced that the tip leading to Vuong will be rewarded with 30,000 euros. The suspect is also under international surveillance.

According to a police spokesman, Vuong cannot leave the country by boat in Hoek van Holland. “Wherever there’s border control, he can’t get through.”

The suspect fled immediately after the shooting. He has since disappeared without a trace and has already used three getaway cars. The police describe him as ‘dangerous from flight and firearms’.

Feyenoord loses another player with Walemark due to injury | Football

Video | Amalia poses with Amalia’s during tour on Sint Maarten