The Ukrainian Army confirms the loss of the town of Soledar 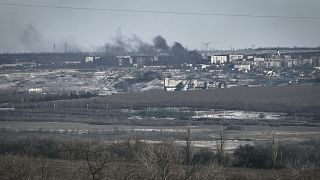 The Ukrainian army admitted on Tuesday that it had ceded the eastern city of Soledar to Russian forces, two weeks after Moscow announced its capture.

“After months of heavy fighting (…) the Ukrainian Armed Forces abandoned it” to “withdraw to prepared positions,” the military spokesman for the eastern zone Serguii Tcherevaty told AFP, refusing however to specify when this occurred. withdrawal.

Need winter storage for your caravan? Then you have a problem | From other media

At the heart of the Peruvian impasse, the demand for a new Constitution

In the Concertgebouw, a DJ, just like the conductor, belongs on the trestle | From other media

The Assembly adopts the law on the acceleration of renewables

Overview of climate expenditure is a mess at the cabinet, Chamber gropes in the dark | Politics

3.0 magnitude earthquake with epicenter in the city of Mina La Escondida.

Hubbard and defense give Bengals win over Ravens