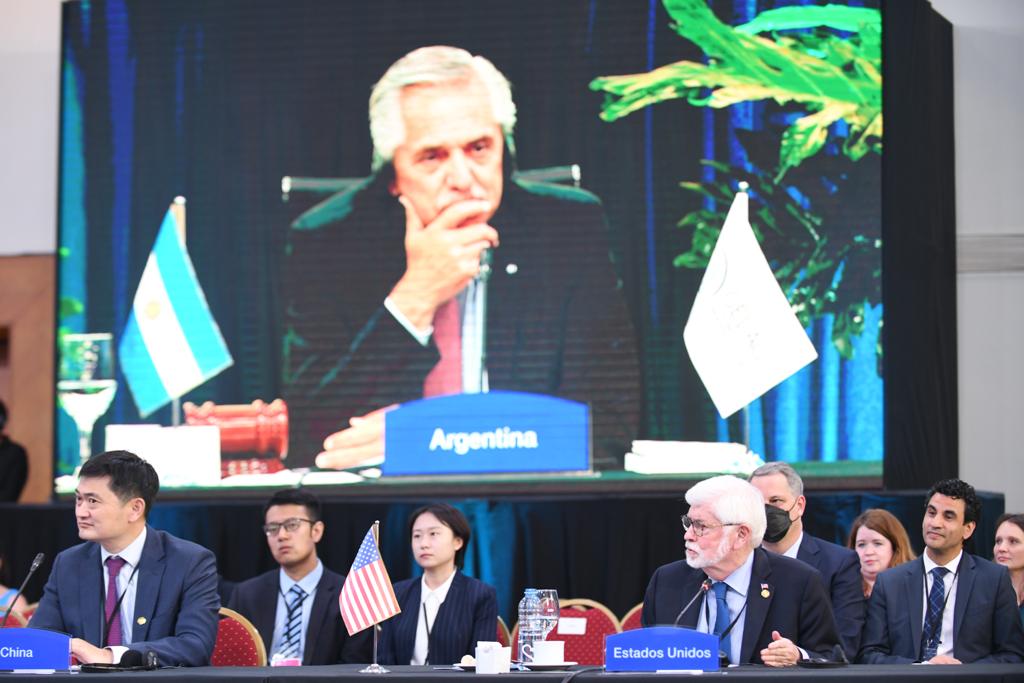 Alberto Fernández during the CELAC Summit that met in Buenos Aires

The ideological ambivalence of Alberto Fernández was exposed during the summit of the Community of Latin American and Caribbean States (CELAC), a regional forum that is now led by a Caribbean prime minister who assures that there is no evidence to sustain that in Cuba, Nicaragua and Venezuela Human rights are systematically violated.

Ralph Gonsalves, Prime Minister of Saint Vincent and the Grenadines, succeeded Alberto Fernández yesterday in the Pro Tempore Presidency of CELAC, and both endorse the populist regimes led by Miguel Díaz-Canel, Daniel Ortega and Nicolás Maduro. These dictatorships act behind the backs of their societies and rig elections to perpetuate themselves in power.

The ideological position of Alberto Fernández was contested by right and left. And ignored by Lula da Silva and Andrés Manuel López Obrador, who stayed out of the complicated regional issue. Due to their long experience in the international arena, the presidents of Brazil and Mexico know that diplomatic silence does not always imply accompaniment or complicity.

“Clearly there are countries here (…) that do not respect institutions, democracy or human rights.” “We do not have a hemiplegic vision (…) according to the ideological profile,” said Luis Lacalle Pou before the 33 representatives of Latin America who participated in the CELAC summit.

Lacalle Pou is a president aligned to the right, and has always questioned the ideological perspective of Alberto Fernández. The head of state feels more comfortable with the referents of the Broad Front -José Mujica, for example-, and pays little attention to the geopolitical speeches of the president of Uruguay.

In this context, Lacalle Pou’s statements meant a redundancy for the regional perspective of Alberto Fernández. The President knew that he was going to tell the Uruguayan colleague about him, and he was not surprised when he condemned the dictatorial regimes of Cuba, Nicaragua and Venezuela.

But the situation at the CELAC summit worsened when the criticism of Alberto Fernández’s position was made explicit by Gabriel Boric, president of Chile. Boric belongs to the left, as the head of state claims Salvador Allende, and travels the international stages without ideological clichés.

This means that Boric wants to make the socialist revolution and intends to fulfill his personal dream without falling into the repressive methods ordered by Joseph Stalin to prevent internal contradictions from complicating the march towards the Dictatorship of the Proletariat.

So, the president of Chile did not hesitate for a second to claim for the political prisoners in Nicaragua and for the free elections in Venezuela. “The (Chilean) dictatorship abruptly taught us through blood and fire the effects of relativizing democracy and human rights,” Boric recalled at the CELAC summit. 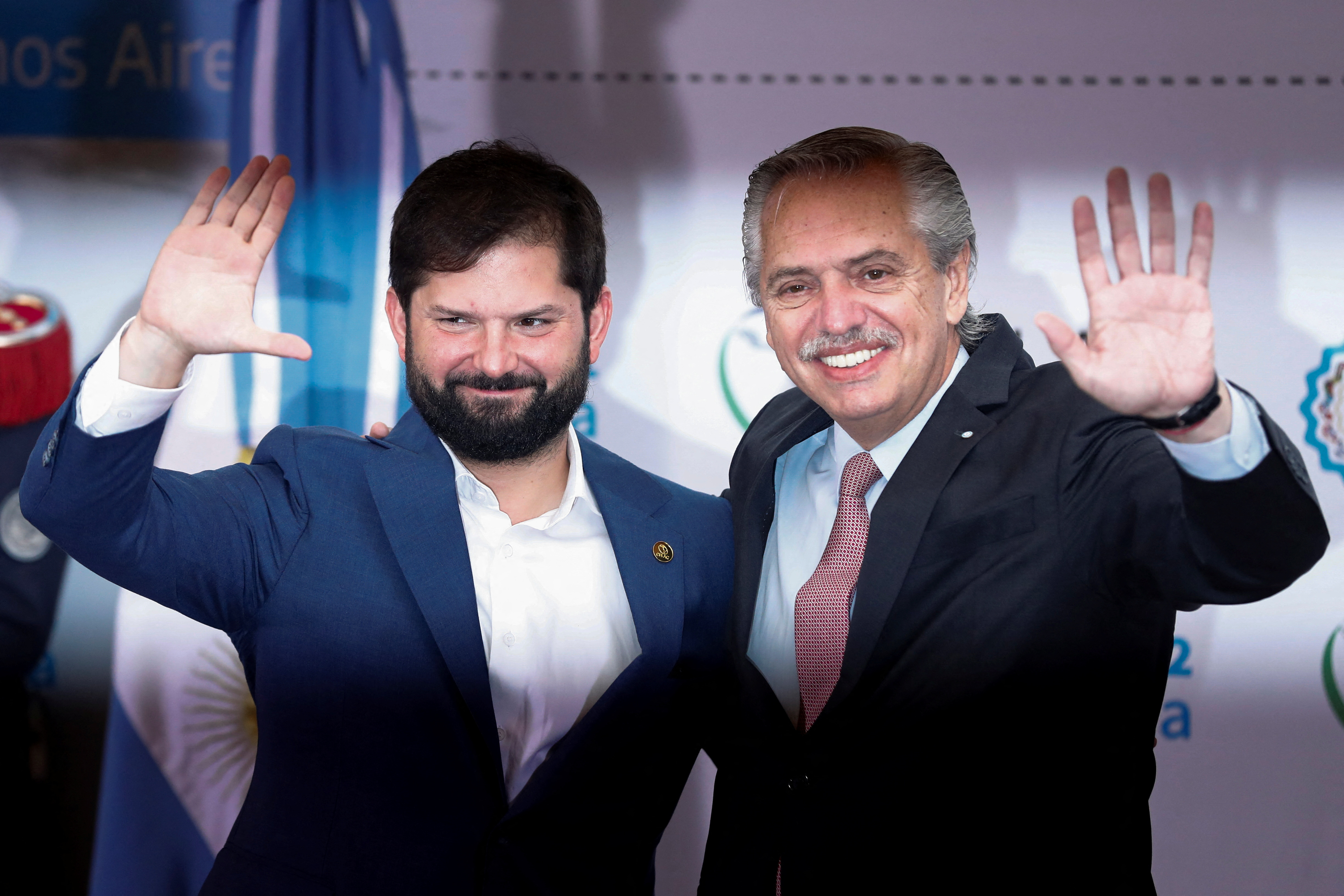 Mario Abdo Benítez is a personal friend of Alberto Fernández and observes the global panorama from the right. He does not like what is happening in Cuba and Nicaragua, and he assumes that the dictatorship in Venezuela caused a forced exile that transformed Latin America into a territory of exile and sadness.

“We cannot look aside, when more than seven million Venezuelans have left their homes asking for refuge,” described the President of Paraguay at the initial CELAC session.

Benítez, Lacalle Pou and Boric occupy their geopolitical space without zigzag. They exhibit a single ideological look and do not mutate their discourse according to the international scenario. The presidents of Paraguay, Uruguay and Chile are linear and accept the diplomatic advice that comes from their most influential advisers.

Alberto Fernández listens, and then changes position. The night before the bilateral with Vladimir Putin, the president met with Foreign Minister Santiago Cafiero to review his speech before entering the Kremlin. In the conclave everything had been defined, and both assumed that war would soon come to the Ukraine.

The head of state burned his foreign policy script when he met Putin. And from that moment, his bilateral relationship with the White House was mummified. That explains why Lula travels to Washington in February, and Alberto Fernández is still waiting for a date to enter the Oval Office.

That disobedience to the diplomatic criteria established by the San Martín Palace yesterday placed the President in an uncomfortable position. He was run from right and left, in his own CELAC summit, where nothing could cause capsize.

But the dynamics of global forums burn the scripts that the Foreign Ministry writes for Alberto Fernández. It already happened in Moscow, Beijing and Los Angeles. And it was repeated yesterday in Buenos Aires: the president is at the mercy of his own speech, and forgets that foreign policy is a daily exercise in stoicism.

The roots of the business