The religious ceremony in most weddings generates expectation despite the fact that, after attending so many weddings, the words that the bride and groom will say are known by heart. In Ecuador, however, the groom surprised the guests when he assured that they were forcing him to marry when asked by the priest. The video went viral and in 24 hours it racked up nearly seven million views on TikTok.

In these ceremonies, the figure of religious authority is in charge of welcoming and praying prior to the dictation of the declaration of marriage that the couple will make. In the video, published by the user @ davidfacha13, you can see the couple and a woman located at the altar listening to the words of the priest.

When he asked the groom if he was being forced into the marriage or if he was there of his own free will, the answer left the entire church baffled. The groom responded with a resounding yes, that they were forcing him, while the bride turned her head to see what her partner was saying, which she answered again with a “yes” when the presbyter asked her again if he was being forced. . Despite the fact that the bride smiled, she seemed uncomfortable because of the bad moment she was experiencing.

After a few words from the priest to decompress the situation, the couple can be seen a little more relaxed and the man just there seemed to realize what was being asked and finally replied that he was free to be there, when asked by the authority that explained to him that if he was not, he could not marry them. 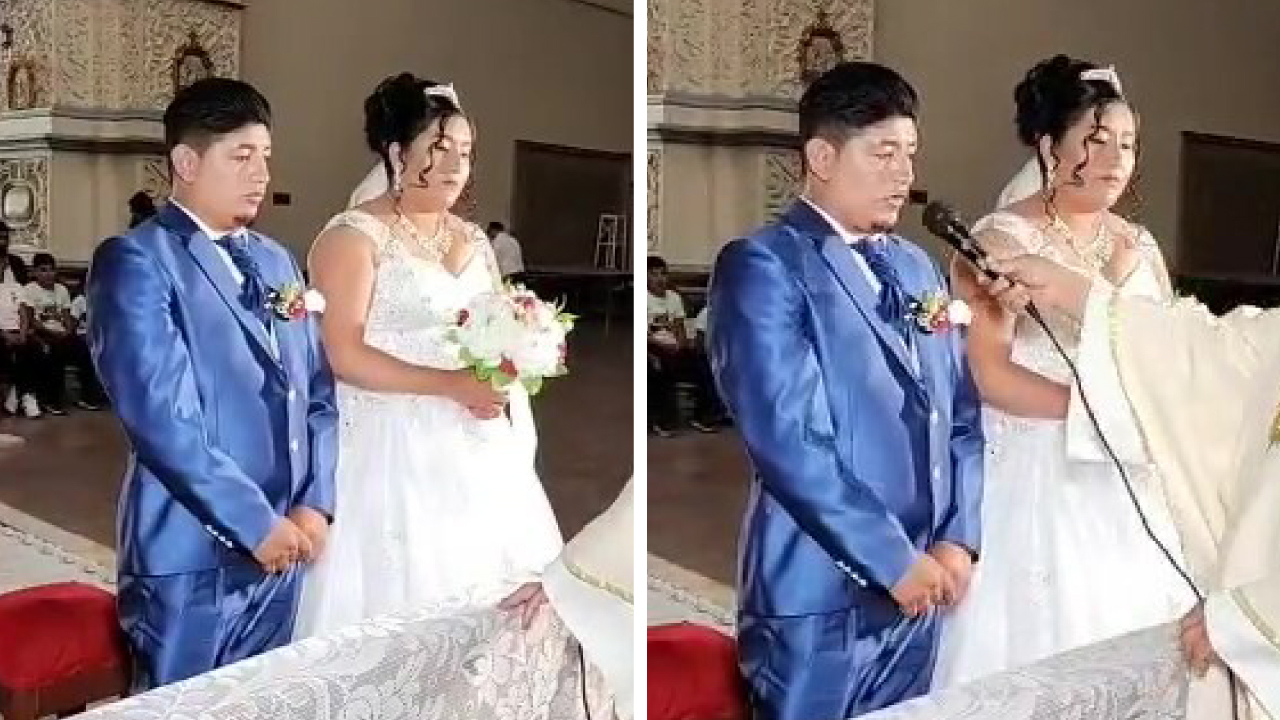 The priest, after realizing the man’s mistake, began to make jokes before asking again if he was obliged to marry.

“The boyfriend saw it as the last option to save himself and the father did not understand”, “Even the priest is forcing him, hahaha he lost his last chance”, “If you are in danger, wink and we will call the police”, “To who asks if he does not understand the signs for help”, “Fear was felt in the environment”, “He was asking for help”, were some of the comments on the publication.

“You can’t get married”: he interrupted the wedding, hit the bride and ended up in a scandal

Neanderthals surprisingly cooperated in the hunt for a colossal elephant

US military reports more than 500 UFO reports, concerns about espionage

Group 5 at the San Marcos Stadium: ticket prices, areas and more information about your concert

Migration, economy and security: the central issues on AMLO’s agenda at the North American Leaders Summit