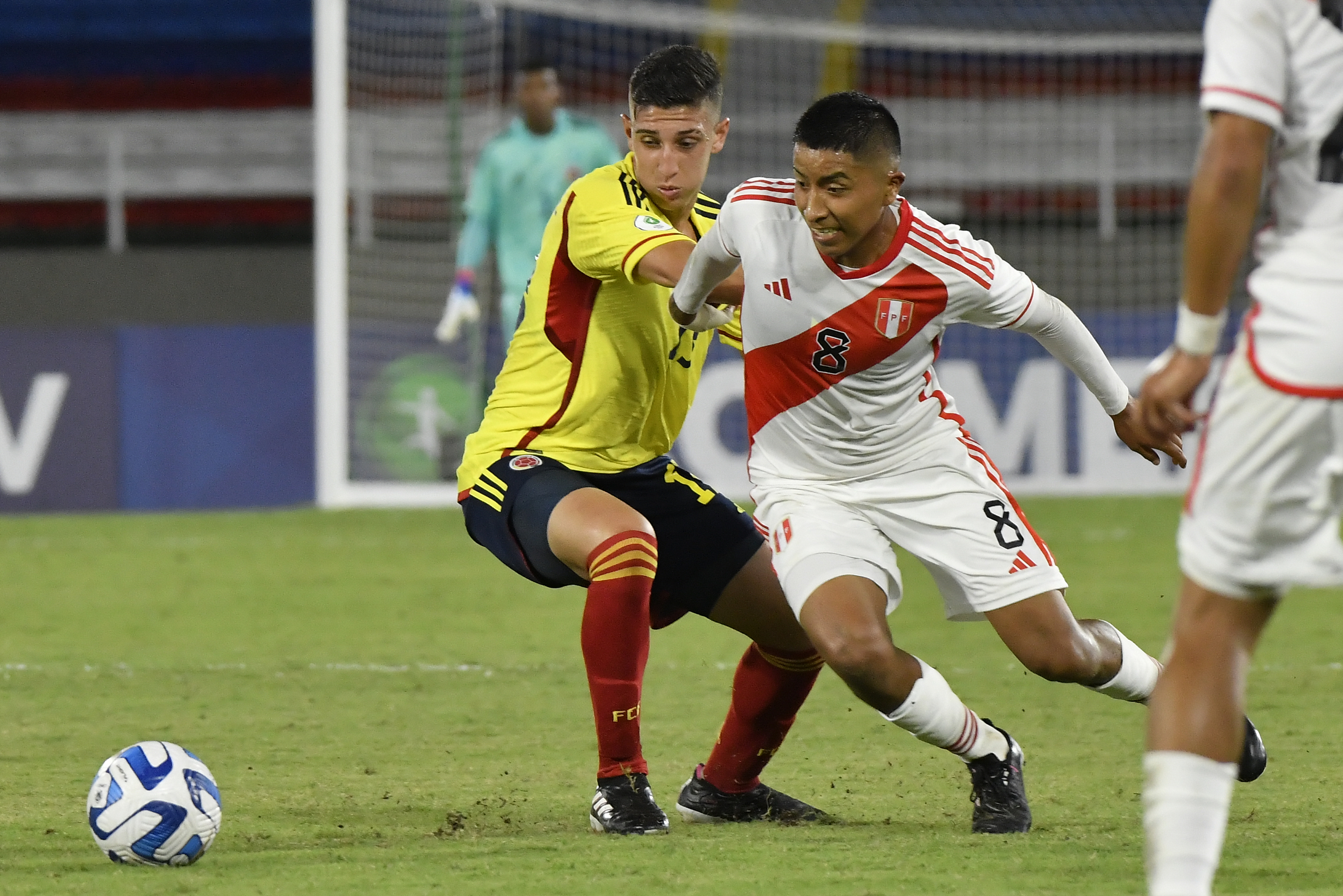 The Colombian under-20 team will have its third exam in the South American of the category against Brazil on Wednesday, January 25 at the Pascual Guerrero from 7:30 pm (Colombian time). Those led by Héctor Cárdenas have come from beating Peru with difficulty, which they beat 2-1 with a brace from Óscar Cortés.

Meet Gustavo Puerta, the captain of the Colombia U-20 team, who has already been called up by Néstor Lorenzo

It should be remembered that on the first day the Tricolor let points escape against the Paraguayan team, with whom they drew a goal. The Guaraníes have shown that they are the most solid team in the South American sub-20, since they have seven points and are at the top of group A, after the victories against Argentina and Peru, respectively.

For its part, Colombia’s next rival has two victories in the same number of games and will be the most demanding test for the coffee team. La Verdeamarela defeated Peru 3-0 in the tournament debut and did the same in the South American classic against Albiceleste by defeating 3-1.

Those led by Héctor Cárdenas drew in their first outing against Paraguay, while Los Incas lost 3-0 to Brazil

Prior to the clash between Colombia and Brazil, the Gaucho team will face off against the Incas, who no longer have a chance of qualifying for the final hexagonal. The team led by Javier Mascherano is obliged to add three to continue in the race in the South American sub-20.

A setback by Argentina against Peru would help Colombia not to depend on the result against Canarinha, since with seven units the Tricolor would become unattainable and would arrive for their last match classified for the next phase against the Gauchos.

In the event that Argentina defeats Peru and the Colombian team loses its match against Brazil, the coffee growers will continue to depend on themselves, and with a draw against the Argentines it would be enough to obtain the ticket to the next instance of the South American sub-20 .

Another of the possibilities for Colombia to qualify for the hexagonal that will take place in Bogotá, is defeating Brazil, since it would reach seven points, a figure that Argentina could not reach even if they win their last two games.

The last time that Colombia and Brazil met for the South American U-20, was on January 29, 2019. On that occasion the contest was held in Chile and both teams met twice with goalless draws.

Brazil’s last win over Colombia in a South American U-20 tournament was recorded in 2015 when the tournament was held in Uruguay. In the group stage, they beat Tricolor 2-1, while in the hexagonal, the coffee growers won 3-0 with a brace from Joao Rodríguez and another goal from Jarlan Barrera.

For his part, coach Héctor Cárdenas showed deep respect for his next opponent whom he was able to observe against Argentina: “Last night we had the opportunity to be there, to see Brazil compete again and we have followed it for eight months and we know the potential it they have, their characteristics and the improvements that our team should have, not in terms of possession of the ball but progress with it and knowing how to drive at the appropriate times. From there, look for that breadth that Brazil also allows and look for the imbalance of our athletes”.

“It has to be a very strategic match where, knowing already the classification of Brazil, they have also added a significant number of minutes. We hope to have that calm and intelligence to be able to counteract their strengths and seal the classification once and for all and show why everything that has been done has been important”, affirmed Cárdenas.

Why the European teams said no to Nairo Quintana and have him on the verge of retirement Teófilo Gutiérrez does not rule out playing for Atlético Nacional, while he defines his future with Unión Magdalena Nairo Quintana’s father would support his son’s decision to retire from professional cycling

Amsterdammers startled by explosions: 'I thought it was a war zone'

When shame rules your sex life: ‘The growth is in expressing discomfort’ | Health