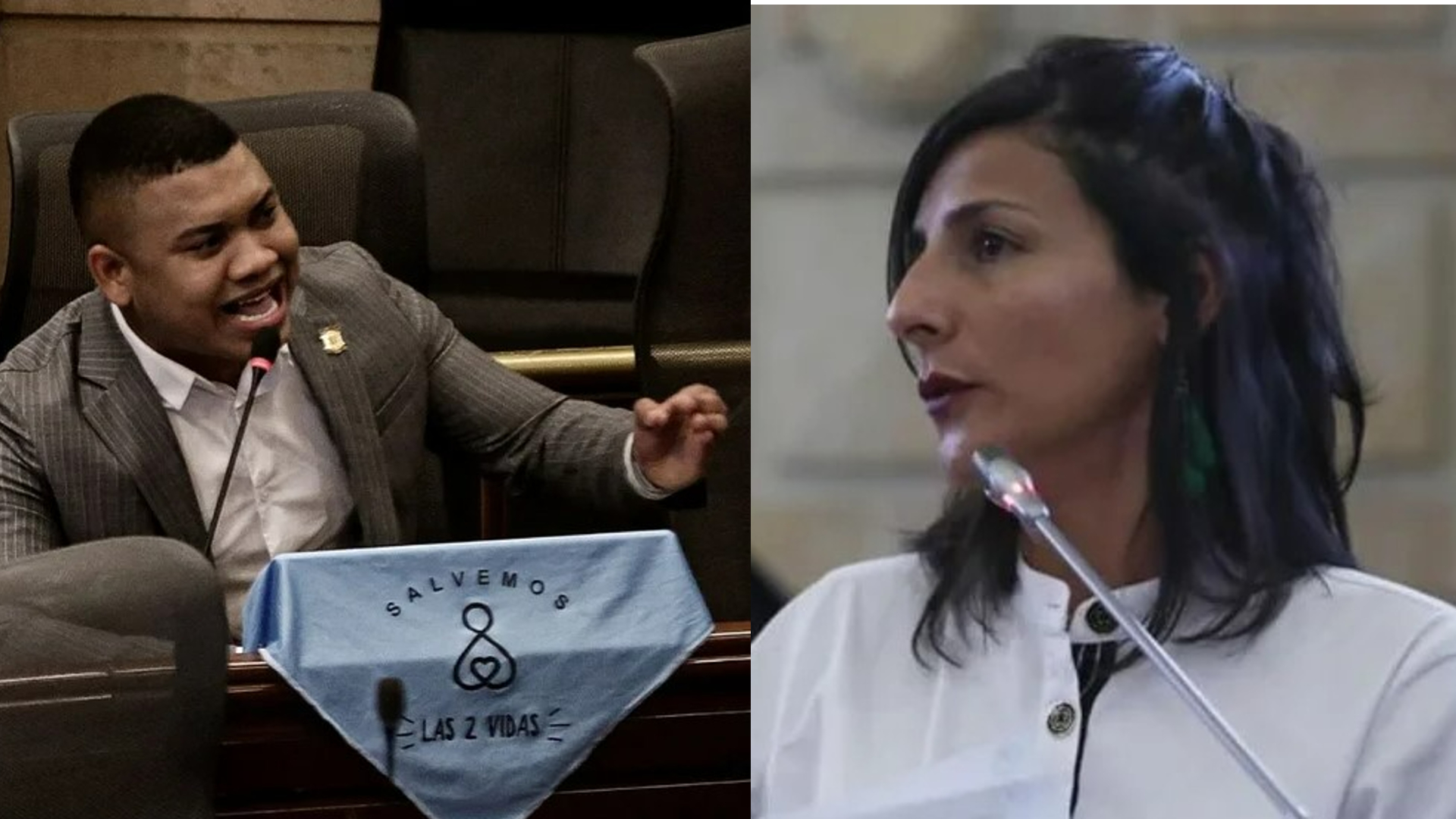 The representative of the Chamber, Miguel Polo Polo, does not miss any opportunity to express his opposition to the Government of Gustavo Petro and its officials. One of those who is the constant object of his attacks and accusations is the Minister of Mines and Energy, Irene Vélez.

On this occasion, the representative Polo Polo criticized the official when he saw a photograph of her in which she appears with a plastic bag and a bottle of a sugary drink.

“Do not use plastics, minister of degrowth, use your backpack. And don’t drink so many ultra-processed foods, drink water, hypocrite!” (sic), the congressman told the minister. 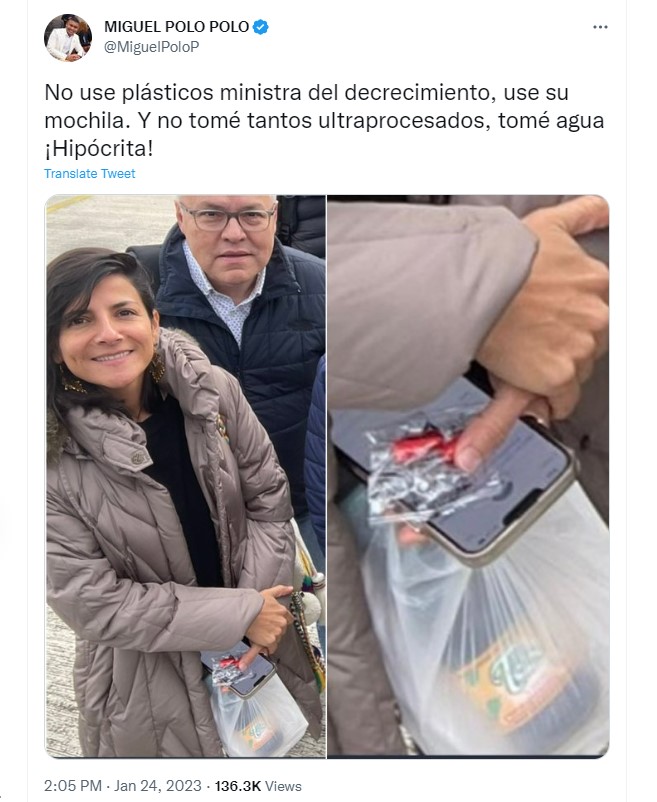 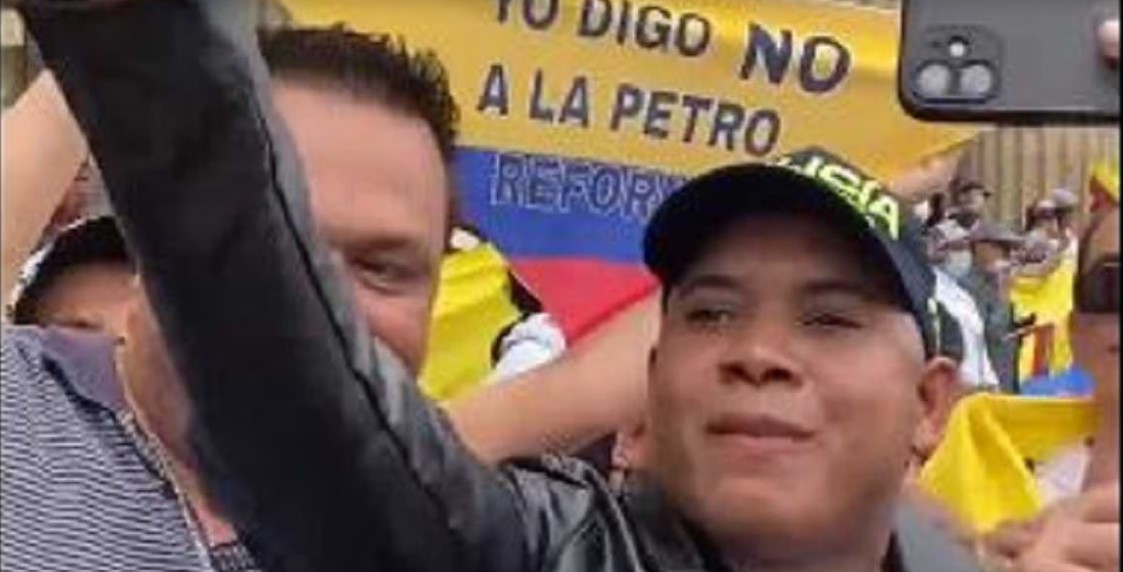 Polo Polo was reminded of when he opposed the marches against Iván Duque and now he defends those that will be carried out against Petro. Archive social networks.

The Internet does not forgive Colombian politicians anything and their old pronouncements continue to come to light to dispute their current positions. One of the most recent cases is precisely that of Polo Polo, who was fiercely opposed to the protests against the then Uribista president Iván Duque, but who is now promoting a national strike against the current head of state, Gustavo Petro.

The “great national march” promoted by the Afro congressman has given public opinion a lot to talk about because it invites those who disagree with the national government to take to the streets on February 14 to protest some bombastic announcements of the Executive, such as suspending new contracts to explore for hydrocarbons in the country, as well as dialogues with some criminal structures such as the National Liberation Army (ELN).

However, the questions against Polo Polo have not waited because when he was a simple activist in social networks related to Uribismo, he criticized the congressmen and other members of the opposition to the government of Iván Duque for the protests that took place from April to June of this year. 2021, motivated by the tax reform that was proposed for the country at that time.

Sergio Fajardo made a harsh x-ray of the Petro Government: “We are not going to reach a good port”

The two-time candidate for the Presidency of the Republic criticized the head of state, the Minister of Mines and left a vehement exhortation about the future of the country

The national strike that year was characterized by police brutality carried out by the Mobile Riot Squad (Esmad), roadblocks by protesters, among other economic difficulties that occurred in the midst of a health crisis due to the covid-19 pandemic. 19. In fact, the massive protests caused infections and deaths from the virus to register unreported figures.

Well, at that time Polo Polo recorded a video in which he exemplified how a citizen told him that he should support the protests because he was fighting for his rights. In the same filming, the young pupil of María Fernanda Cabal, a senator from the Democratic Center, said that he was not interested in having them defend his rights and even gave a harsh warning of the consequences of the strike.

“Have I asked that they go out into the streets to fight for their rights? I defend my rights myself and I don’t ask any politician for them. privilege that you [los manifestantes] they have free education without doing anything. Empathy is that those of us who finance those privileges are allowed to work. Every day that the country is paralyzed costs the Nation $484 billion,” the then tweeter said, furious.

Eight bodies discovered aboard a boat near Lampedusa

Cryptocurrencies: what is the price of tether this day

Deal with Ford is exactly what Red Bull was looking for: ‘This makes us stronger’ | NOW+ Formula 1

The video that complicates Dani Alves: how long did his confinement last with the woman who denounced him for sexual abuse

‘Dutch’ Brazilian Marcel (37) is a prominent member of parliament: ‘Don’t dare to predict where this is going’