Liliana González revealed if she needs to participate in soap operas 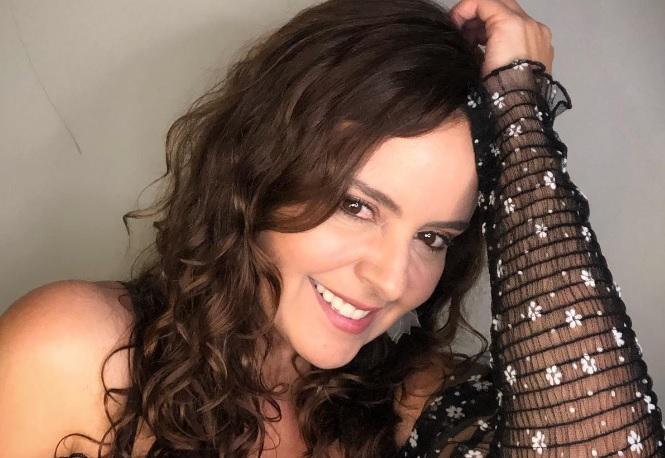 To this day, Liliana González can afford to say that she has a wide acting career that includes titles on television such as ‘Pedro el scaloso’ (2002), ‘Sofía give me time’ (2003) and ‘Amo de casa’ ( 2013); but when talking about her most emblematic characters, without a doubt there is ‘La Pajarita’ in the first version of ‘Hasta que la plata no separe,’ which was presented to the Colombian audience in 2006.

The winner of the Cap Cana 2017 Super Human Challenge (from Caracol); now he will be in ‘Survivor, the island of celebrities’, a reality competition

Now, at present the actress has not been seen with the same frequency of other times on the small screen. In fact, when she recently activated her question window from her Instagram Stories, one of the many users who follows her on said social network asked her: “Do you need to participate in soap operas?”

In this regard, the Bogota woman highlighted how much she likes to act, therefore, she would like to appear in a telenovela; but neither did she forget to emphasize that her happiness does not depend on a job.

“Lately many things have happened in my life and they have come across that and I have not done them again. So, more than that, it does make me want to because I really like doing them. Let’s go back to see what happens, but what I do know is that life and happiness cannot depend on a job x, y or z; one has to seek his happiness independent of his profession and his work ”, were his words on the subject.

When recalling the latest television projects that González shot, his work for Caracol Televisión stands out with his participation in the soap operas ‘Un bandido honrado’, broadcast in 2019; In addition to performing in the interpretation of ‘Luz Dary’ for the production ‘La Nocturna’, for its two seasons, the last one was seen in 2020. It was precisely in this last telenovela that Liliana González was seen appearing on the small screen for last time so far.

The presenter published an image on her social networks that gave rise to speculation among her followers, as she accompanied her with one of the songs of the moment

It only remains to wait if throughout 2023 the Bogota surprises her audience with her return.

At the beginning of 2022, when at that time he also enabled the question window in his InstaStories, a user wanted to put a topic on the table for the Bogota woman and that is frequently discussed between actor couples: “Don’t you feel jealous when your husband kisses an actress on stage?” It is worth remembering that the actress’s partner is Gary Forero.

Shakira and her new dance on social networks: “sorry that I splashed you”

Immediately, González realized that, among other things, the fact that she and her husband perform artistically in the same profession means that there is no jealousy regarding the development of scenes of this style, since she is comprehensive in her work.

“A television kiss is the most horrible and boring thing in the world, you have to be aware of a thousand less things about your partner, in front of many people, and I think that if he likes someone in acting it is not for a reason. television kiss, it’s because there’s taste, because that taste doesn’t develop from a kiss, believe me no. Fortunately, despite this minimal risk, he has not given me any reason, and we have not had any problems with jealousy and even less with people on television… I am also not very jealous and, since I understand the profession because I live it, then there is no problem with that ” .

Jhonny Rivera shared the moving story of Copito, the little llama he has on his farm, Juanda Caribe denounced the theft of two rear-view mirrors from different cars: “The man is as if he is assembling a multi-brand car” Jessica Cediel after criticizing the dancing video: “I don’t have the guilt of loving me, taking care of myself, having beautiful genetics”

Drivers of stolen vehicles from France arrested after pursuit in Zeist

Le Journal au Japon: this is what a CHSLD looks like in the land of the rising sun