China’s population is shrinking according to plan, but the consequences were not foreseen

It concerns ‘only’ 850,000 inhabitants. In a country with over 1.4 billion people it is a pittance, but the symbolism is great. China announced this week that its population has shrunk for the first time since the 1961 famine.

Is China entering a long period of population decline? Predictions from the United Nations and China itself point to this, but everyone took into account that the contraction would only start around 2030.

It could have major consequences for China’s sky-high ambitions. “A smaller population was the goal of Chinese policymakers for many years,” says Frank Pieke, cultural anthropologist and China expert affiliated with the Leiden Asia Centre. “However, the consequences of such a population decline have never been thought about.” 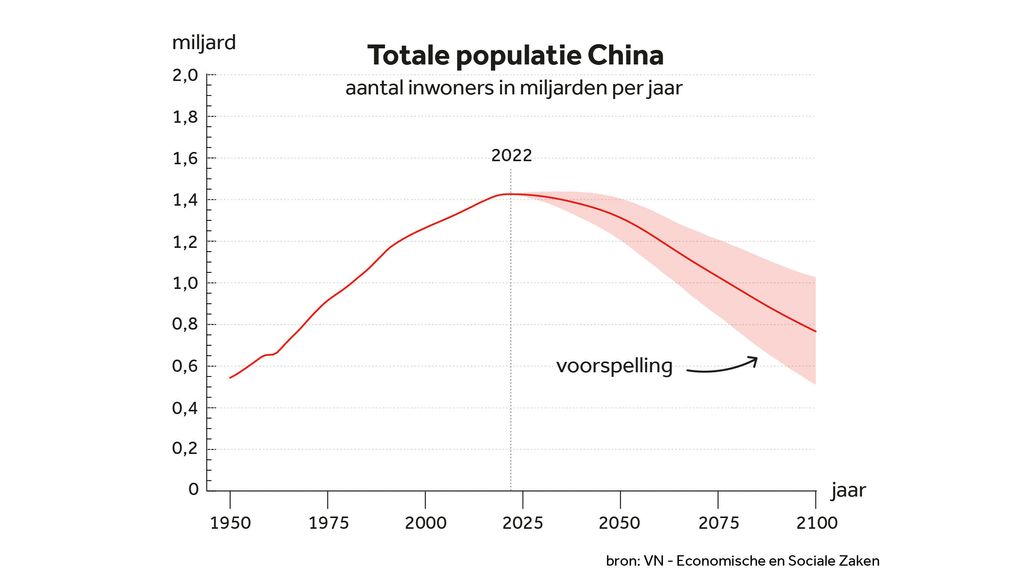 For years, politicians steered on demographics, knowing that that is the key to economic success. Extreme laws were introduced, such as the one-child policy. To prevent too many mouths to be fed, parents were only allowed to have 1 child from 1979 onwards.

“People wanted a population that was sustainable,” says Pieke. “That limit was set at 600 million Chinese. A line was drawn and China would peak at more than 1.4 billion inhabitants.” A prediction that now seems to be coming true.

The one-child policy remained the official policy for more than 35 years. A second child was only allowed in 2015 and since 2021 a third child is also allowed.

A family? Rather not

The government is now trying to encourage Chinese people to have more children, but that doesn’t seem to work. Fewer and fewer Chinese want children, because the cost of living is too high, according to many.

“It is comparable to the situation in the Netherlands,” says Rogier Creemers, a China expert who also works at the Leiden Asia Centre. “Highly educated people are having fewer and fewer children. Houses are expensive, children are difficult to combine with work or a social life.” 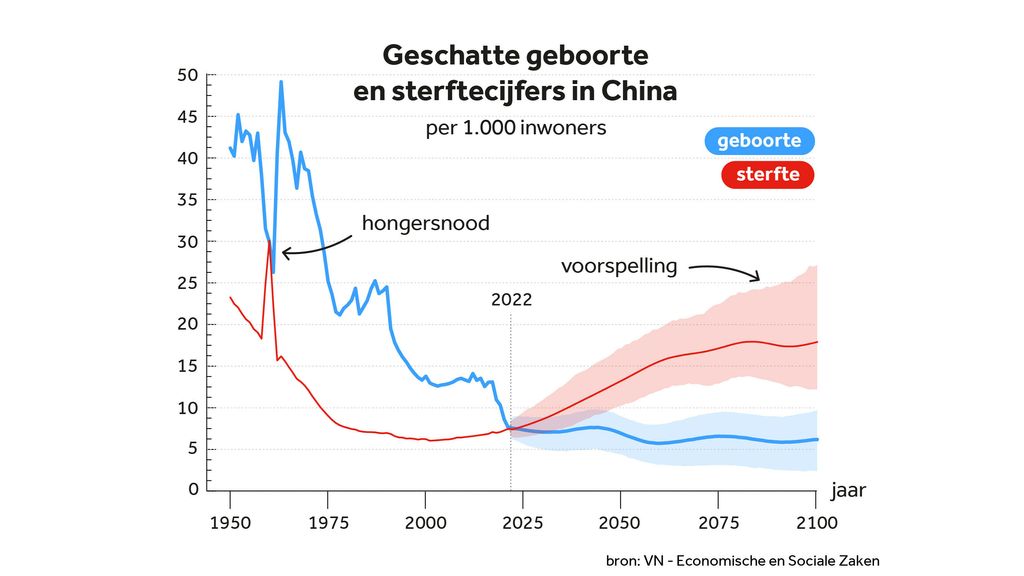 Births and deaths in China

The one-child policy has a major impact on China. And it’s not just demographically. Homes have been built for thirty years for a family with one child. those who want a second child have difficulty finding suitable accommodation.

In addition, according to Creemers, Chinese education is extremely selective. “Parents try to prepare children for 18 years as best as possible for a place at a good university. It brings a lot of stress with it”.

China now peaks according to plan at 1.4 billion inhabitants. But what should happen next? Scientists warned the government for years about the consequences of the one-child policy, but no one listened, says Pieke. Too little thought was given to the consequences for the economy and society.

It is now becoming clear that the age structure of the population, many elderly and few working people, is becoming a problem. Who will take care of all those elderly people? There is no good pension system and the only child who is needed to keep the economy going will soon have to take care of his parents.

China has long had the ambition to become the largest economy in the world, they only need to surpass the United States for that. But that will become increasingly difficult with a population decline, experts say.

The country must remain just as productive with fewer people and even grow. So far, this has been successful, China is becoming more productive at a faster rate than the labor force is shrinking. 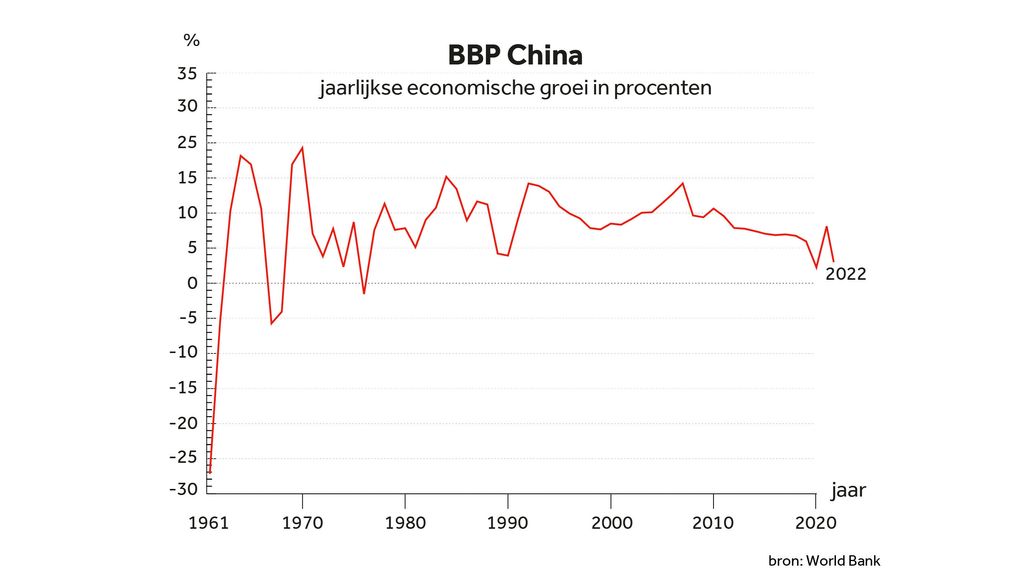 Whether that remains the case is the question. It is precisely this growth that made China so attractive to investors, says Frans-Paul van der Putten, who conducts research into China and geopolitics and is affiliated with the Clingendael Institute. “Companies looking for high growth figures come to China. That may change. Their activities will then partly shift to other emerging countries in Africa or Asia.”

There is actually no solution to the population decline. Europe, which had to deal with this problem before, sought the solution in migration.

That is a sensitive issue in China. Unlike Europe, the country has little experience with migrants, but that is not the biggest problem, Pieke thinks. “The scale we are talking about is huge. You are talking about hundreds of millions of migrants.”

So China will have to accept the new reality. The country has been working for ten years on the transition from a labour-intensive manufacturing industry to a high-quality service sector. Efforts are also being made to provide better care for the elderly.

In this way, China can follow in the footsteps of countries such as Japan and Korea, which have been dealing with a shrinking population since the 1990s.

Because Pieke points out that population decline need not be a problem, the real problem is a population structure that is out of balance. “The workforce must be able to support the elderly and children.”

The Wagner group designated as “terrorist” by the House of Commons

AMLO, the most relevant of the morning conference this Monday, January 23

Willaq Pirqa: the film that reminds us of the value of indigenous languages