what weapons do allies still pledge? 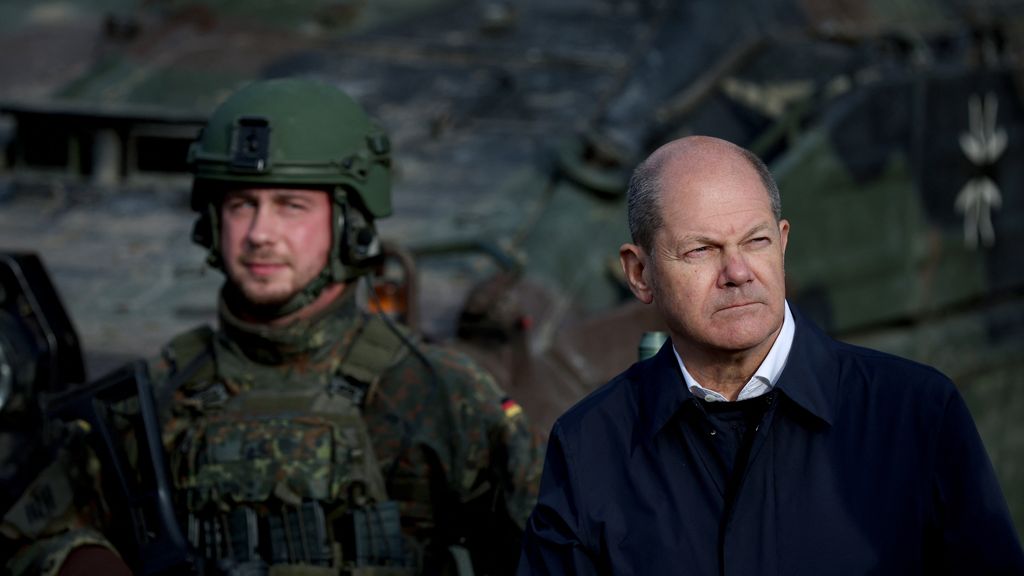 What started with a conversation about helmets, vests and old equipment, has after a year of war turned into a discussion about Western tanks and modern missile systems. Ukraine’s allies have already delivered some 4,000 armored vehicles, artillery pieces, aircraft and other weaponry.

But Russia is preparing for a long-term battle. President Putin has called on the defense industry to ramp up production. And in Russia people are bracing themselves for another round of mobilization.

That is why after the more than 100 billion euros in military aid so far, the question is: how much and what kind of weapons does Ukraine need? Allies of Ukraine are discussing this today at the American military base Ramstein in Germany. The main point of discussion: the delivery of advanced Western tanks such as the Leopard. 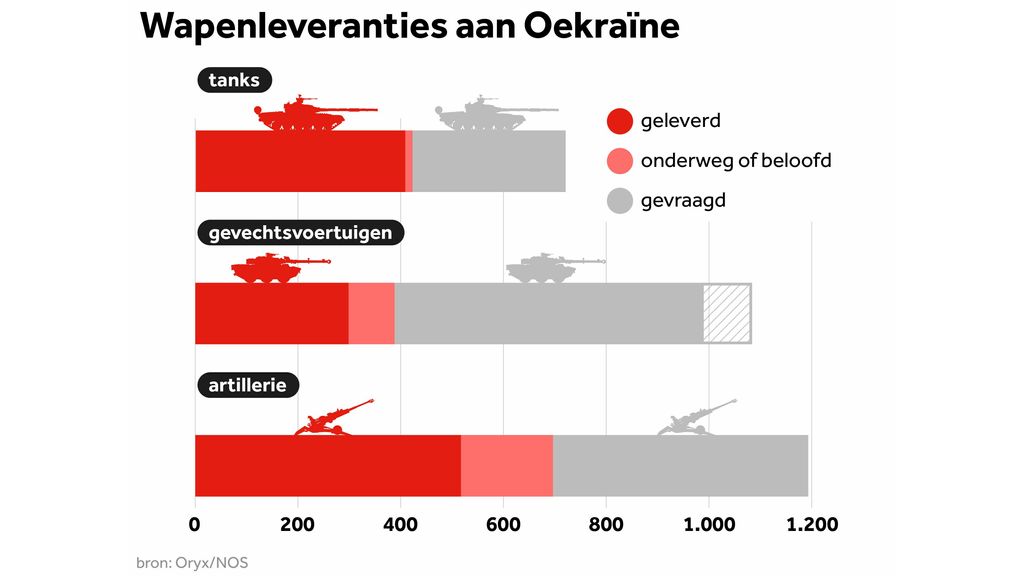 “Weapon deliveries are a slippery slope, three months ago supplying this type of tank was still unthinkable,” says George Dimitriu of the Clingendael institute. “Yet the criticism of the West remains that support for Ukraine is enough not to lose, but not enough to win.”

In an interview with The Economist a month ago, the commander-in-chief of the Ukrainian armed forces Valery Zaluzhny gave clear numbers: his country needs another 300 tanks, 600 to 700 combat vehicles and 500 artillery pieces to defeat Russia. An important advisor shared on Twitter a specific ‘wish list’ at the beginning of December, including Leopards and Patriots.

Even if the West is going to deliver all this, according to Dimitriu, the question is whether this will be enough in the long term. “Ukraine is now faced with a dilemma: the longer they wait with new offensives, the more time Russia has to complete the mobilization,” says endowed professor of war studies Frans Osinga. “That’s why they tell Western leaders: hurry.”

Nato member states were initially hesitant to give western tanks. Until now, only Eastern European countries – including Poland, the Czech Republic and Slovenia – have supplied tanks. There were hundreds of them, but they were old Soviet tanks (such as the T-72), which could be incorporated into the Ukrainian army relatively easily.

Tanks are very useful for a Ukrainian offensive, especially Western ones. They are better than the average Russian tank in terms of armour, firepower and technology. The United Kingdom was recently the first to convert and will supply fourteen Challengers. The question is whether more countries will follow suit.

Advanced Western weaponry just requires much more training, and it will take months before it can be deployed effectively. Moreover, the current numbers are nowhere near what Zaluzhny says he needs. “What the West is now considering to deliver will not have an immediate impact on the battlefield,” concludes Dimitriu. 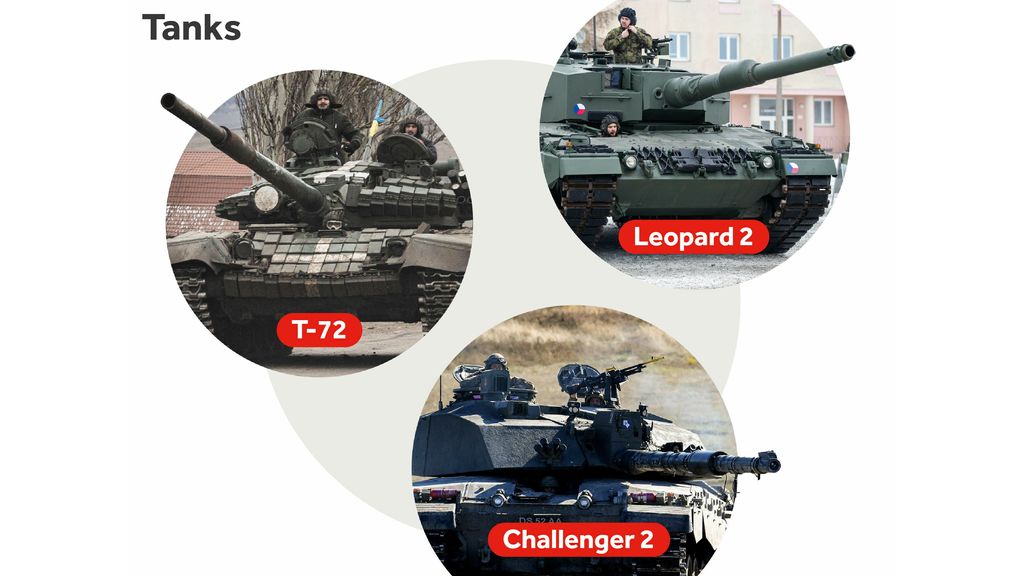 In addition to tanks, Western countries also supply other combat vehicles. The US will supply 50 Bradleys, Germany 40 Marders. France has promised an unknown number of AMX-10RC, which will be used as a reconnaissance vehicle.

These types of armored vehicles are mainly intended for transporting troops and are often equipped with a light caliber gun and anti-tank weapons to support the soldiers in combat. Newer Western vehicles such as the Bradley are also a match for older Russian tanks, according to experts.

Infantry fighting vehicles should not be confused with the lighter armored vehicles without guns. They normally cannot support the fight and are mainly intended to move troops. Ukraine has already received about 2,000 of these. Canada promised another 200 this week. 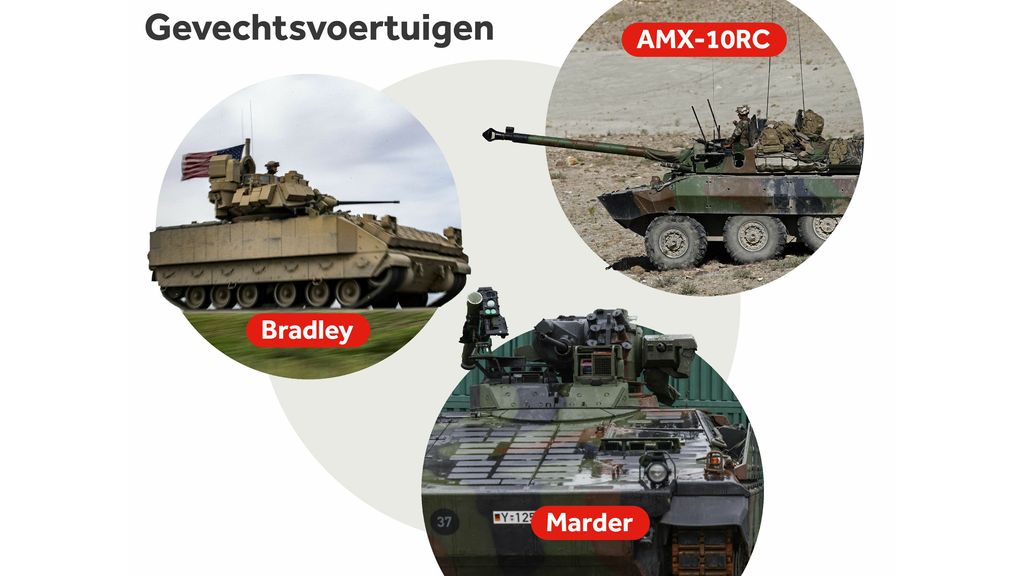 In the first months of the war, the pressure on the West to supply artillery was great. Ukraine was no match for the superior numbers of the Russian artillery – both in numbers and range.

The US has therefore already supplied more than two hundred M777s, a heavy artillery piece that is often used in the Donbas. Also, more than four hundred mechanized artillery pieces have been delivered or are in the making – such as the armored howitzers of Germany and the Netherlands. 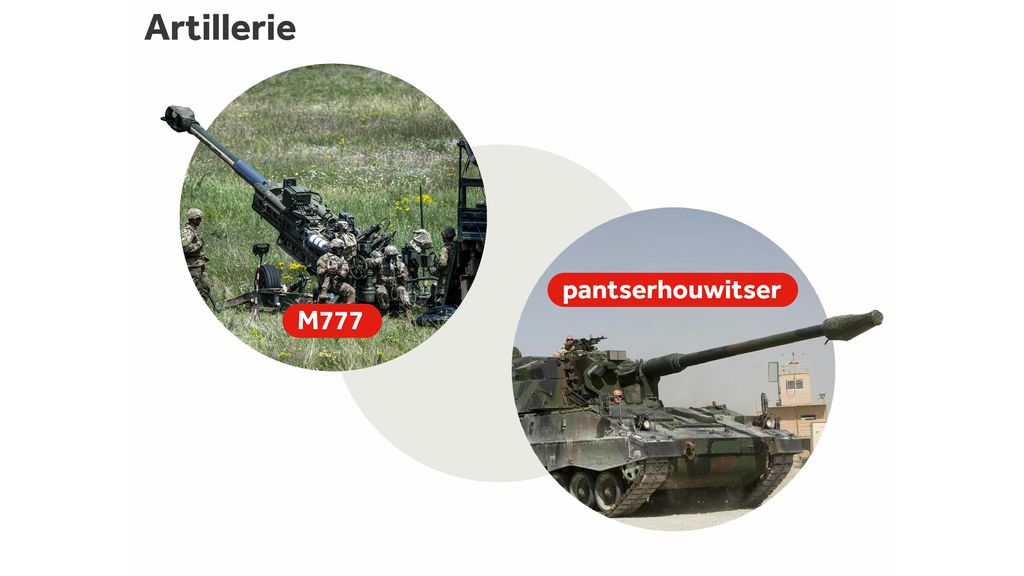 In addition to tanks, artillery pieces and armored vehicles, there is also increasing pressure to supply other advanced weapons. Prime Minister Rutte announced this week that the Netherlands wants to participate in a plan by the US and Germany to send Patriots. This type of anti-aircraft gun is used to shoot Russian missiles – such as those that fell in Dnipro last weekend – out of the sky. Although here too, the few Patriots that are sent will not be enough to protect the whole of Ukraine.

In addition, advanced weapons such as the Himars are already being sent to Ukraine. These can perform precision attacks from a longer distance. For example, hundreds of Russian soldiers were killed in the Donbas in an attack on New Year’s Day.

The highly advanced ATACMS missile system is also on the Ukrainian wish list. This would allow Ukraine to hit targets deep within Russia. “And thus disrupting a Russian advance far behind the front,” says professor by special appointment Osinga. “Then you can make life very difficult for Russia and ensure that they cannot launch a major offensive.”

But if targets in Russia are hit with Western weapons, the war could easily escalate further, the US fears. After all the shifts of the past year, this is still a clear red line for now. 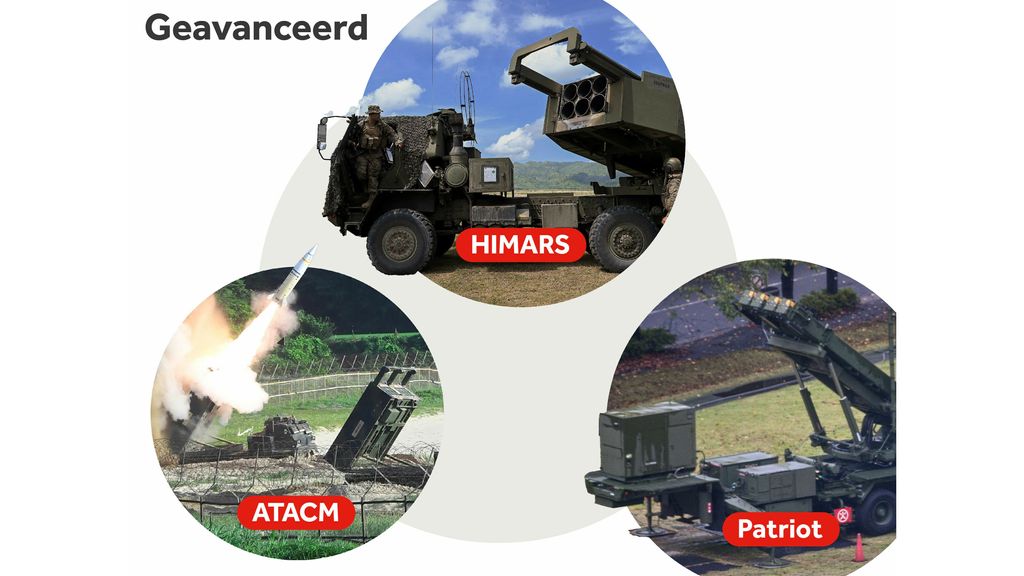 Xenophobic and racist? The game “You laugh, you lose” arouses passions in France

Protests in Peru set their sights on Lima again