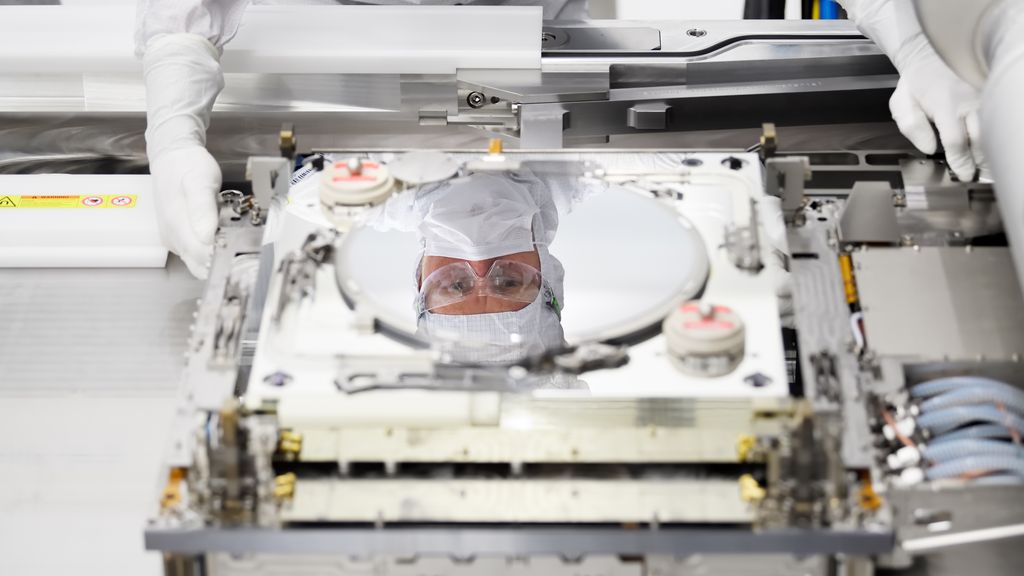 The stakes are high. America wants to drastically restrict ASML’s trade with China. The sale of the popular chip machines to China – 2.7 billion euros and thus good for 15 percent of the annual turnover – is in danger. This is part of a larger plan with which America not only wants to keep China behind, but actually wants to prevent the country from developing technologically at all.

Under pressure from the US, ASML is already not allowed by the Dutch government to sell the very latest machines (EUV, which stands for Extreme Ultraviolet) to China. This is used to make the most advanced computer chips. The US now wants to go a step further and also prohibit the sale of somewhat older machines (DUV, Deep Ultraviolet) that China has been using on a large scale for years.

This goal of the Americans has been negotiated for a long time. It is so sensitive that it is hardly spoken about in The Hague. After all, this is ASML, a crown jewel of the Dutch and European economy. Decisions about this are not taken lightly.

EU not in the foreground

The interests are not only great for the Netherlands, but for the entire EU. ASML may be a Dutch company, but at the same time a European crown jewel. Yet the EU is not at the forefront of this story.

It should be, says VVD MEP Bart Groothuis. He is negotiating the European Chips Act. Groothuis believes that the European Commission should be more closely involved in the negotiations. “To cushion possible countermeasures from China and to continue to get rare earth materials that China often still has a monopoly on.”

According to Rutte, ASML does not play a “dominant role” in the conversation in the White House. It will, he said in Friday’s weekly press conference, first of all be about “stability in this part of the world”, referring to the war in Ukraine. In addition, no ‘agreement’ on the export restrictions is expected from the consultation itself. ASML did not want to respond to Rutte’s visit today.

At the same time, ASML should certainly not be underestimated as an agenda item, says trade specialist Rem Korteweg of the Clingendael Institute. According to him, it is a sum of the sum: there has been a lot of talk about it behind the scenes for a long time and there have been visits back and forth. “Looking at the choreography of this encounter makes it very obvious to me as an outsider that this is the climax to solving the puzzle.”

Here’s the thing: America needs not only the cooperation of the Netherlands, but also that of Japan. Where ASML is a monopolist in the field of the latest machines, this is not the case in the field of machines that have been sold for years. Japan is also active in that market.

The chair in the Oval Office is actually still warm from the visit of the Japanese Prime Minister and now the Netherlands is coming.

And let the Japanese prime minister visit Biden last Thursday. “The chair in the Oval Office is actually still warm from the visit of the Japanese Prime Minister and now the Netherlands is coming. Such a visit is the icing on the cake,” says Korteweg. Rutte and Biden will not negotiate, he estimates. “Such top-level encounters are fully prepared, little is left to chance.”

Korteweg also thinks that the Netherlands will be offered extra American orders for ASML in exchange for cooperation. As compensation for the loss of sales from China. The US, like Europe, wants to build new factories to increase production on its own continent.

In addition, details of the export restrictions as they may be introduced are of great importance. In other words, how big will the damage be?

It is estimated that Rutte will not comment publicly on ASML today. So when there will be more clarity, the question is. This is a very uncertain situation for ASML. Billions are at stake. The chip machine manufacturer will present its annual figures next week. Then it is expected to discuss the dark clouds hanging over the company in more detail for the first time since Rutte’s visit to Biden.

Cheers for Djokovic as he debuted with victory in Australia

in California, the torrential rains do not solve the problem of drought

AZ firmly in second place after victory over Go Ahead, Twente not past Vitesse | Football