Live, Real Madrid vs. Barcelona for the final of the Spanish Super Cup: time, TV, formations and everything you need to know

Barcelona’s last official title was the 2021 Copa del Rey when they defeated Atlhetic Bilbao 4-0, with two goals from Lionel Messi. And that is why it will be the possibility of the coach, Xavi Hernández, to win his first star in a competition in which Culé leads with 13 Olympic laps.

The Culé goes for glory

Barcelona will face its first definition since the departure of Lionel Messi two seasons ago, when a process of rearming and generational replacement began with more troubles than joys.

Merengue leaves for the stadium

Real Madrid is looking for its 33rd domestic crown to close the gap with Barcelona, ​​which is the team with the most winners in local cups with 48 conquests.

This is how Barcelona refines its aim ahead of the classic 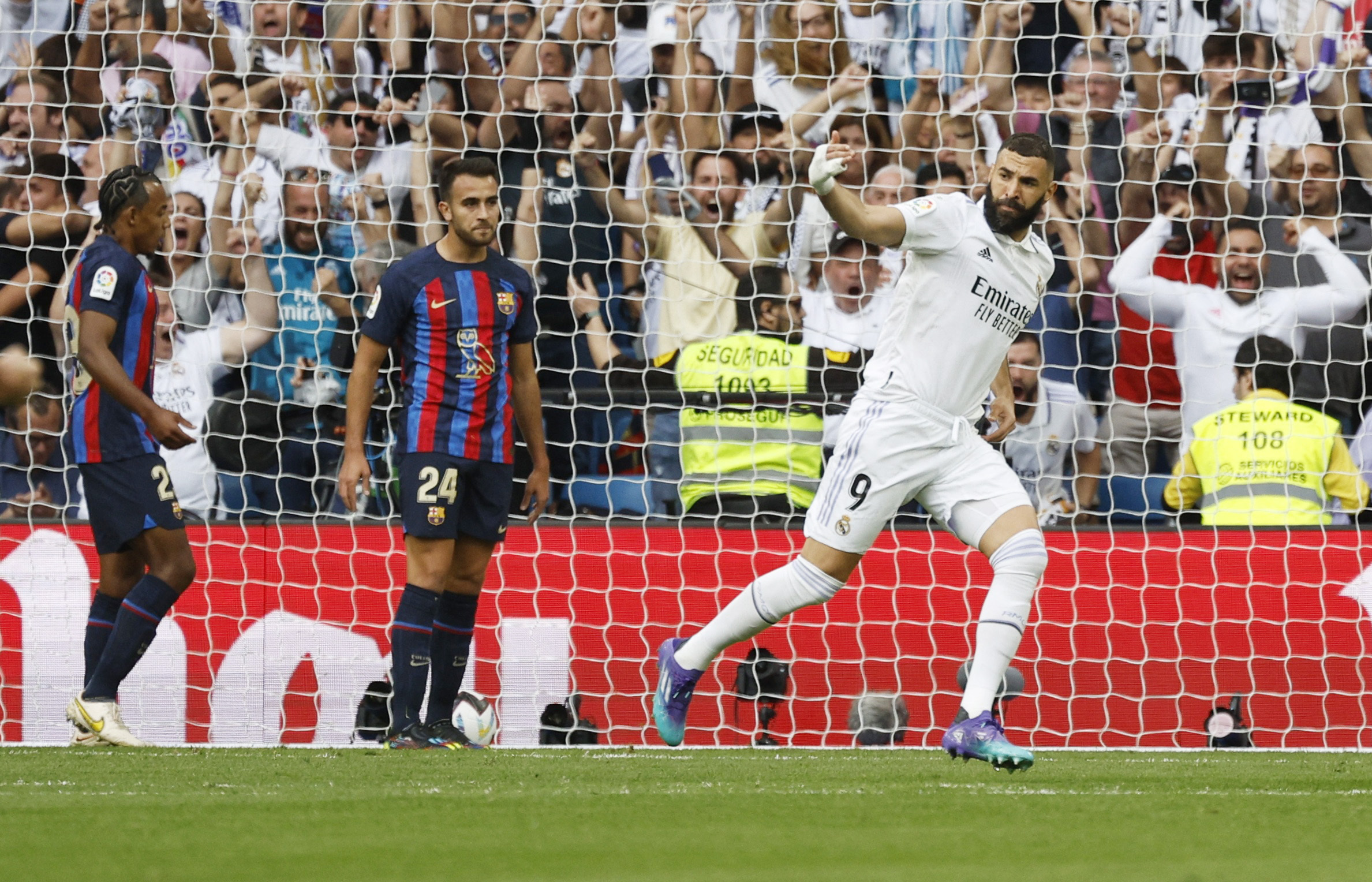 They met 250 times throughout history according to official statistics from the Barcelona site. Real Madrid is ahead in the history with 101 victories against the 97 for the Blaugrana, in addition to having 52 draws. There were 418 goals for Merengue and their rival added 409. Lionel Messi is the top scorer in the classics with 26 goals followed by Cristiano Ronaldo and Alfredo Di Stéfano (18).

The last time they saw each other was on October 16, 2022 for matchday 9 of the Spanish League. At the Santiago Bernabéu Stadium, Karim Benzema, Federico Valverde and Rodrygo gave the locals a 3-1 victory (Ferrán Torres discounted for the Catalans).

• THE OTHER FIGHT BARCELONA-REAL MADRID IS IN THE LEAGUE

It will be a special match for the two most powerful clubs in Spain. The history in definitions of the Spanish Super Cup has Real Madrid at the forefront with six victories against Barcelona (2011 with a 5-4 overall and three goals from Lionel Messi). However, the focus is currently placed elsewhere: the fight for the top of the League.

With 16 dates played, those led by Xavi are at the top with 41 points thanks to 13 wins, 2 draws and 1 loss (just the classic against Merengue). Behind are those of Ancelotti with 38 units for 12 wins, 2 draws and 2 falls. The Blaugrana team has not been champion of the tournament for three years. 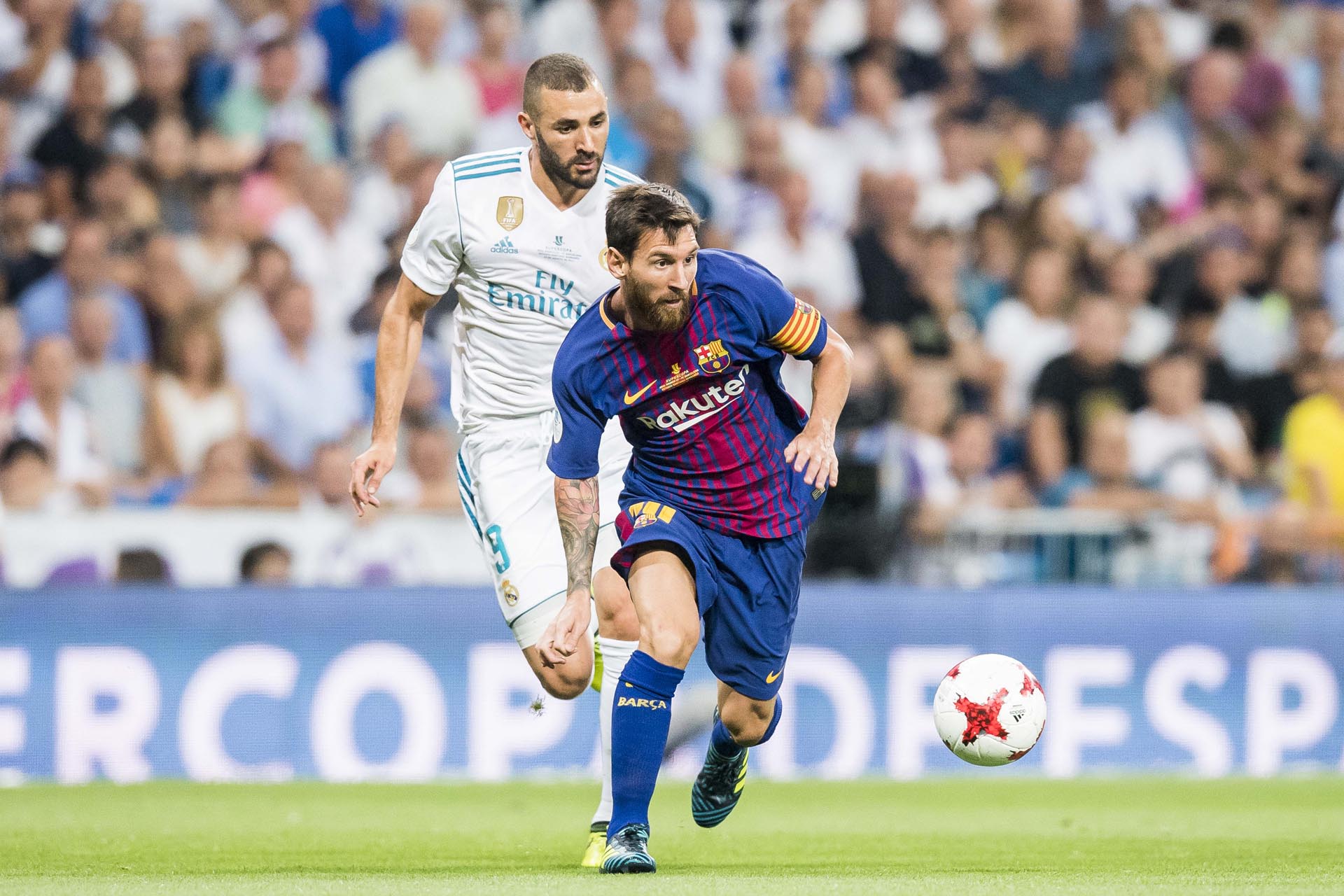 The last time they defined a Spanish Super Cup was in 2017 (Photo: Sport Images/Getty Images)

Accustomed to defining different titles in Spanish football, Barcelona and Real Madrid have not met in the Super Cup for six years. The last precedent was a slap for Blaugrana: they lost the crown after falling 5-1 on aggregate.

Merengue won 3-1 in the first leg that took place at the Camp Nou with goals from Gerard Piqué (against), Cristiano Ronaldo and Marco Asensio. Lionel Messi had scored the transitional tie. In the second leg, they confirmed the score with a 2-0 win at the Santiago Bernabéu thanks to goals from Asensio and Karim Benzema.

Barcelona had been, by then, the champion of the Copa del Rey and Real Madrid the owner of the League. In this case, the cast of the White House arrives again as the owner of the Spanish tournament and the Catalans got the ticket to Riyadh after being runners-up in the League.

Barcelona is the team that has lifted this crown the most times with 13 titles, although Real Madrid can match it on this day if they win the game since they have 12. That historical table of titles has Athletic Club and Deportivo La further away in third place. Coruña with 3 each.

It will be the first classic between meringues and blaugranas since the new format with semifinals was established. Real Madrid was champion in 2020 (beat Atlético on penalties) and 2022 (beat Athletic Club), while Barcelona lost the 2021 edition against Athletic Club Bilbao.

To see each other for the first time in this new format, the two teams had to suffer on penalties. Xavi’s men won 4-2 in the shootout from twelve steps against Betis after equalizing 2-2, while Carlo Ancelotti’s men signed a 4-3 on penalties after drawing 1-1 with Valencia.

• The referee will be Ricardo de Burgos Bengoetxea. 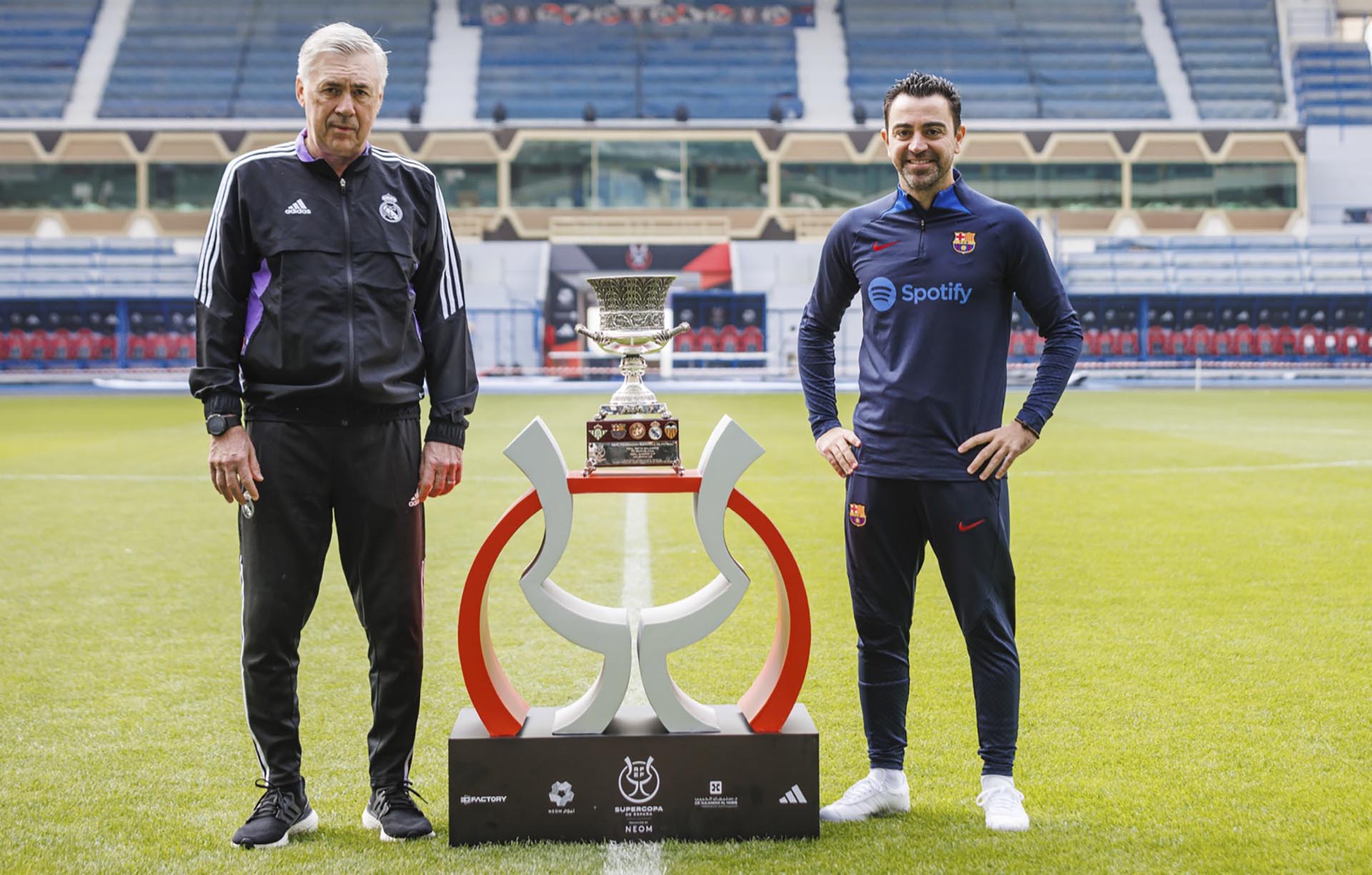 Xavi and Carlo Ancelotti in the presentation of the final

According to research, 25 professional players in the Netherlands gamble on their own duels or competition | Football