why Russia insists on having this town

It is perhaps the only place along the more than 1,000 kilometers long Ukrainian front where the Russians are still making progress; the town of Soledar, 15 kilometers next to Bachmoet. The Russians have pinned all hopes in this area, but the forward movement is in the lowest and bloodiest gear possible.

In Soledar, with its strategic salt mines, very heavy fighting has taken place in recent weeks between the Ukrainian army and Russian mercenaries of the Wagner group. The battle in the region is reminiscent of scenes from the First World War.

A crater field with Russian bodies, photographed by the Ukrainian army: 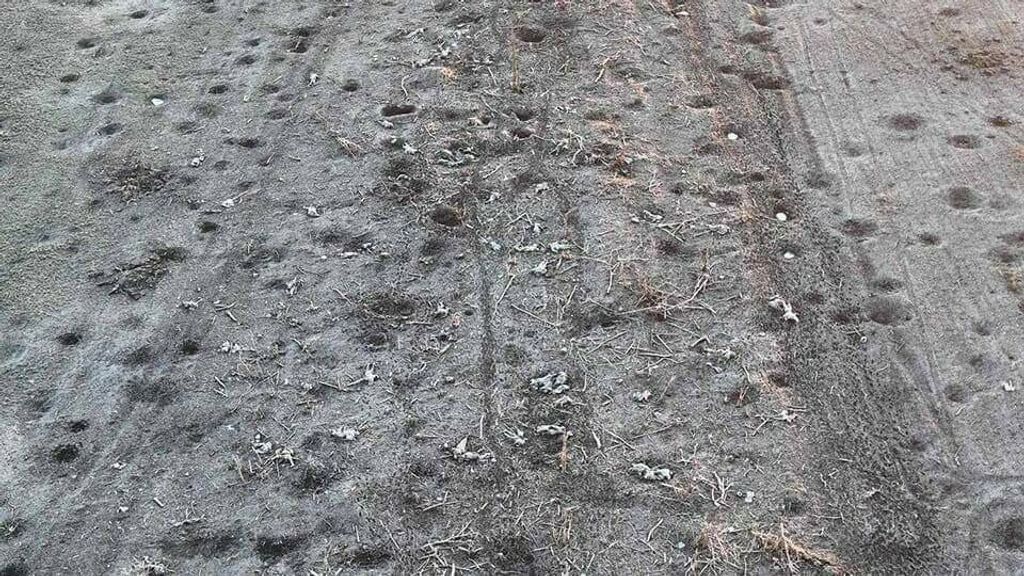 A crater field of Russian bodies near Soledar

It is difficult to determine who controls the city. The situation changes from day to day.

Yevgeny Prigozhin, the notorious leader of the Wagner Group, claims on his Telegram channel that his troops are in charge of the city. The Russian Defense Ministry says it has control of the city’s northern and southern access routes.

The Russian state news agency Ria Novosti published a photo of Prigozhin last night. He would be with his troops in the salt mines under the city, but that cannot be independently verified: 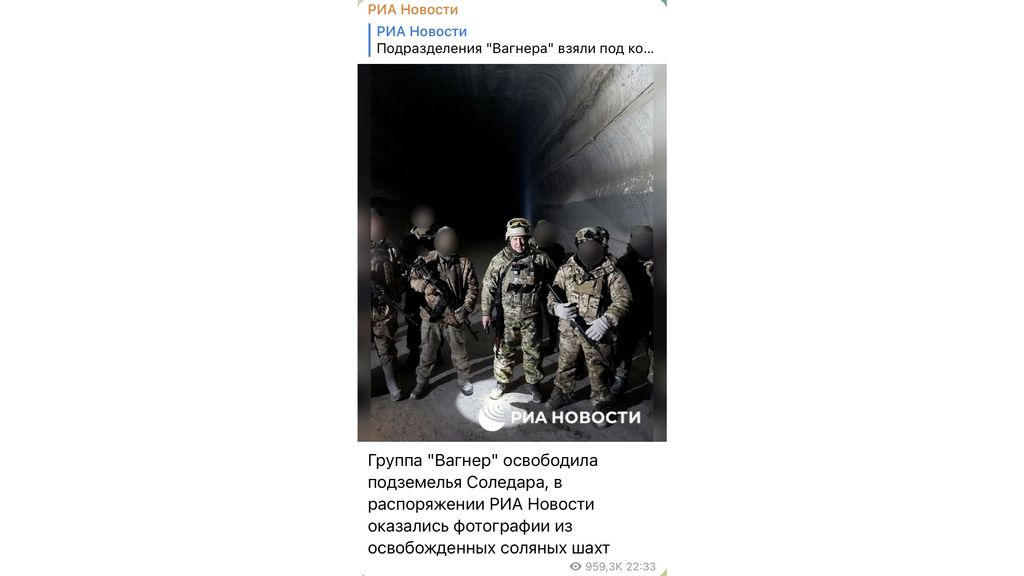 Wagner leader Prigozhin is in the salt mine of Soledar, according to state news agency Ria Novosti

Ukraine’s story has been confirmed by independent parties for the time being. The Institute for the Study of War (ISW) reports in its latest update that Russia does not yet have full control over the city.

The battle is described as a constant wave of human cannon fodder being sent towards the city.

Ukrainian Deputy Defense Minister Hanna Malair speaks on her Telegram channel of unprecedented Russian attack waves: “The enemy literally steps over the corpses of its own soldiers, deploys massive artillery fire, and even fires at its own troops.”

The NOS spoke two weeks ago with tank commander Oleksandr who fought in the area. He also confirms the story: “They keep throwing new people into battle. Despite the fighting, the wounded and heavy losses, they keep fighting. They don’t stop. They exhaust us so much that we run out of ammunition.”

Fields near Soledar have turned into a cratered landscape: 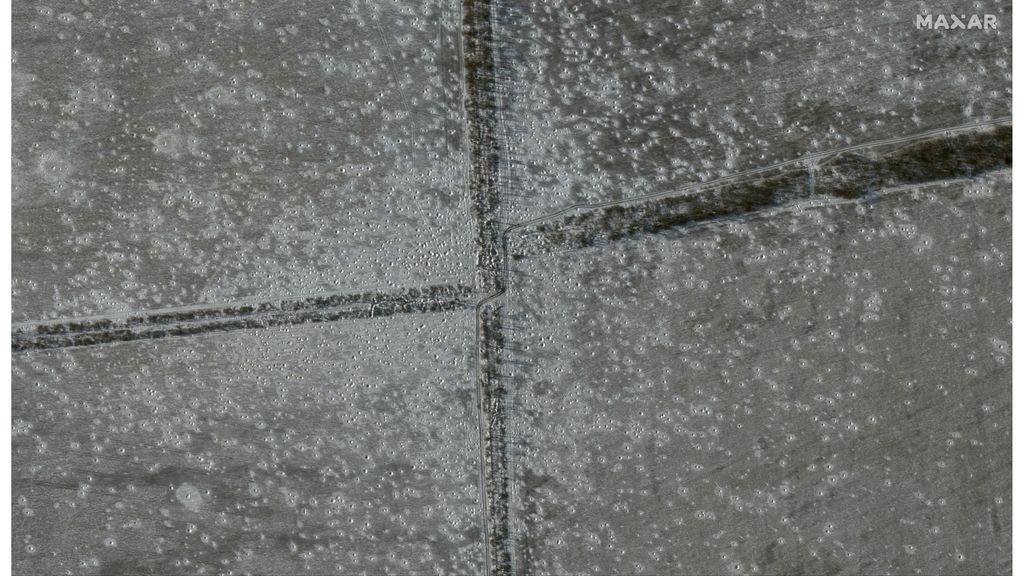 A field near Soledar has turned into a crater landscape

Artillery seems to be the main weapon in the area. Both sides fire large quantities of grenades at each other every day.

It is completely unclear how many body bags are used here every day. Both sides have not commented on losses, but estimates run into hundreds of deaths per day.

A photographer from the Reuters news agency recently managed to reach the outskirts of Soledar. He saw the city endlessly bombarded with artillery and lines of ambulances waiting to take the wounded to hospitals.

The Ukrainian army released these drone images today. You can see how the wounded are evacuated from Soledar: 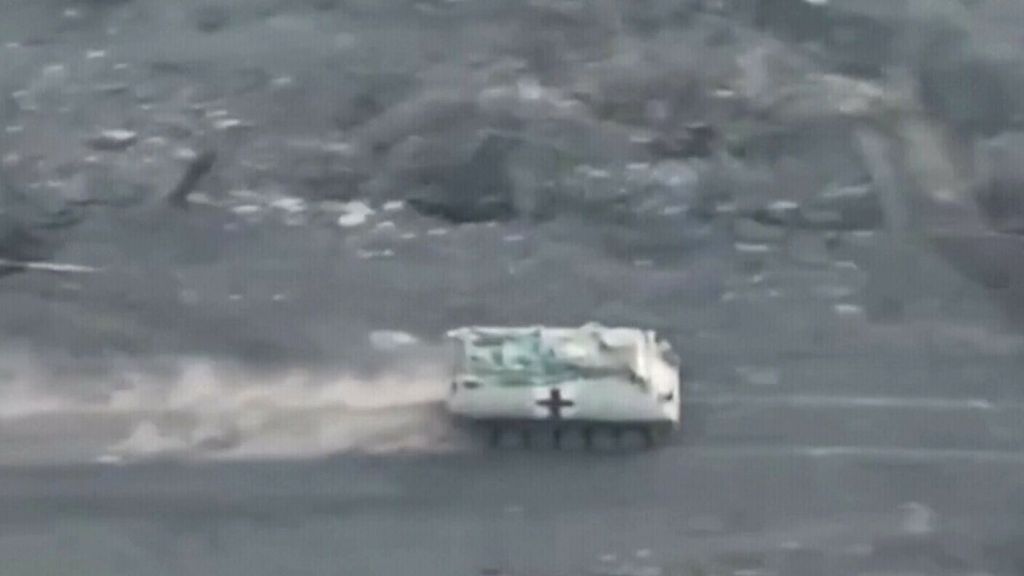 Evacuation from Soledar as the bombs fall

Of the more than 10,000 original inhabitants, 559 still live in Soledar. Due to the fighting, it is impossible to evacuate civilians from the area.

Whoever owns the area, hardly anything is left of the village.

New images from satellite company Maxar clearly show the destruction. These are images from before the war, compared to the situation now: 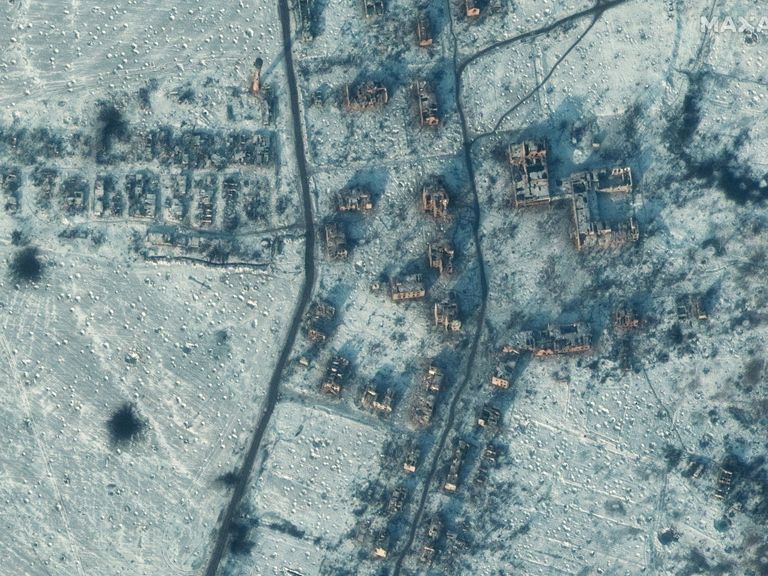 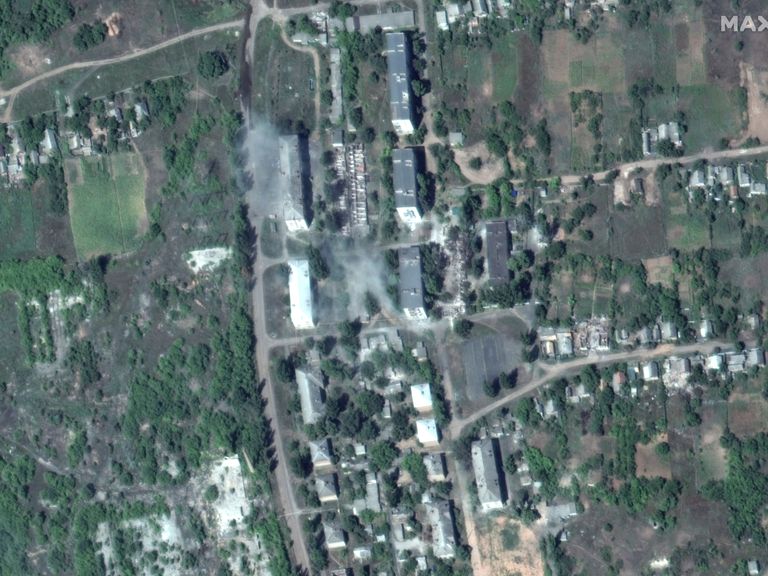 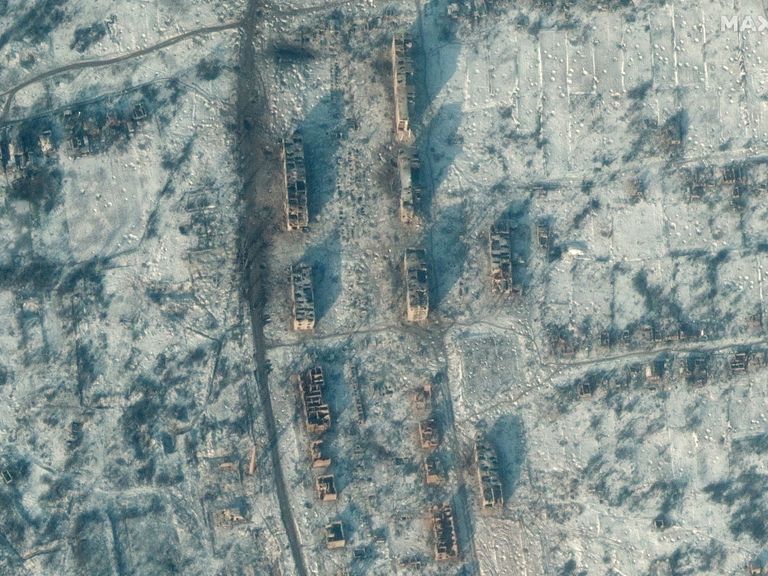 But why has the seemingly insignificant town of 10,000 inhabitants become so important to both parties? In recent months, the main focus of the battle has been on neighboring Bachmoet.

According to experts, the strategic importance of the place is limited, but it could play a role in the battle around Bachmoet. “The Russians need Soledar to conquer more territory in the Donbas,” says Bob Deen, Eastern Europe expert at the Clingendael Institute. “If they take Soledar, they can shoot Bachmoet from there and drive off the Ukrainian troops.”

Ukraine wants to hold on to the area at all costs. Anything they lose now they must recapture later and that usually costs more lives than defending.

Conquering Soledar seems to have mostly symbolic value. And then specifically for one man; Yevgeny Prigozhin.

Now that the Russian Defense Ministry has been unable to report any progress for months, Prigozhin sees his chance. In recent months he has increasingly profiled himself in this war. He is seen by some as one of Putin’s possible successors should his regime fall. And with successes on the battlefield, his chances grow.

Another reason why he is so eager to conquer the area is the salt mines of Soledar. According to Prigozhin, these are of enormous strategic importance.

Soledar is surrounded by a salt mine with about 200 kilometers of tunnels, 80 to 100 meters deep. According to the Russian news agency Interfax, the salt mine is the largest in Central and Eastern Europe. The tunnels can be used to get past enemy lines. Even tanks and armored cars fit in, according to Prigozhin.

However, according to the BBC, it is unclear which parts of the mines are still accessible and where they end up.

Bachmoet as the main prize

For now, the Ukrainians are holding out. But the question is for how long. The Ukrainian brigade defending the city on Tuesday hinted at a partial withdrawal if the losses are no longer worth the territory.

Prigozhin has announced that he is not ready after Soledar. He calls the neighboring town of Bachmoet his ‘grand prize’. With the intake with Soledar, he is one step closer to that.

Charles III and William unfazed despite the shock of Harry's memoirs