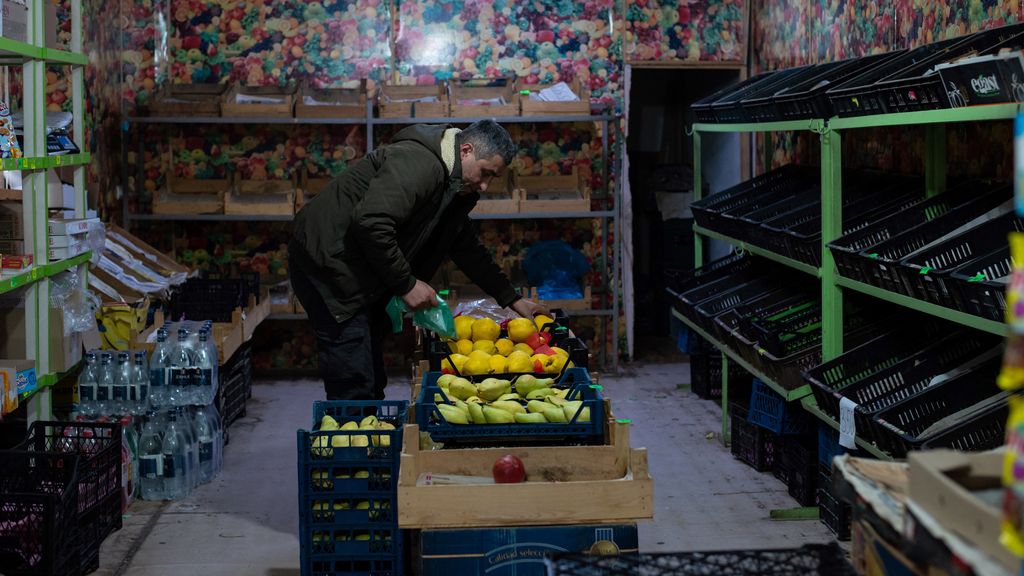 Residents of the Nagorno-Karabakh enclave have been facing shortages of food and medicine for weeks due to a blockade of the Lacin corridor. This is the only road connecting the region in the South Caucasus with an ethnic Armenian population to Armenia.

The road has been under the control of a Russian peacekeeping force since 2020 to ensure the supply of food to the enclave. Yet Azerbaijani protesters – who call themselves environmentalists – managed to block the corridor on December 12. As a result, the store shelves in Stepanakert, the capital of Nagorno-Karabakh, and the surrounding villages are becoming empty.

“First the fresh fruit and vegetables ran out. Now there is only alcohol left on the store shelves, not much more than that,” a resident told the Politico news site. “In the morning, some milk and yogurt comes in from local farms, but that quickly ends.”

Armenia holds the government of Azerbaijan responsible for blocking the road and calls on the neighboring country to immediately release the corridor.

Russia, acting as a mediator between Armenia and Azerbaijan, is responsible for the security of the corridor. That Russian role was established in 2020 in the trilateral truce between Russia, Armenia and Azerbaijan. The truce followed a six-week war in Nagorno-Karabakh, which killed more than 6,500 people.

After that war, the enclave saw itself completely surrounded by Azerbaijani territory, the Lacin corridor is the only connection with Armenia

Nagorno-Karabakh after the trilateral ceasefire concluded in 2020: 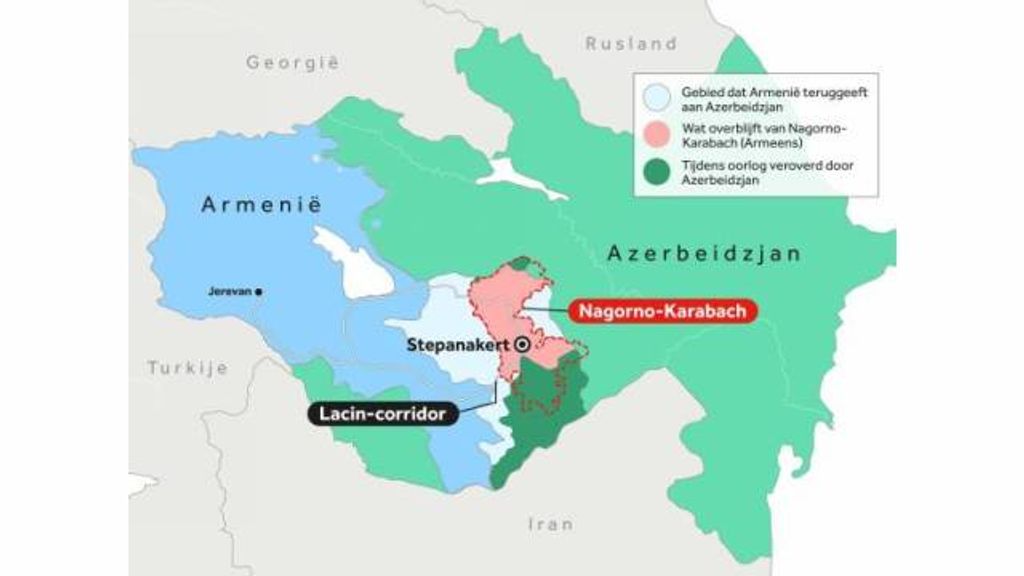 Nagorno-Karabakh after the 2020 ceasefire

It is not clear why Russia is not securing the Lacin Corridor. According to Bob Deen, Eastern Europe expert at the Clingendael Institute, two explanations are possible. “The first is that Russia is failing. Partly because the best Russian soldiers have been taken from Nagorno-Karabakh and sent to the Ukrainian front, and partly because Russia has lost influence over Azerbaijan since the war,” he says.

The second explanation, according to Deen, is “a bit more cynical”. “It may also be that Russia wants to put pressure on Armenia with the blockade,” he explains. Armenia is part of the CSTO, a military alliance led by Russia. “But Russia did not come to Armenia’s aid in recent years when the conflict with Azerbaijan flared up. Now Armenia is therefore turning a little more to the west, to Putin’s horror.”

There is also another geopolitical issue between Armenia and Azerbaijan. “The 2020 trilateral ceasefire states that Armenia must open a road and rail link between the Azerbaijani enclave of Nakhchivan and the rest of Azerbaijan,” he says. “But Armenia doesn’t want to because of national security concerns.”

The blockade of the Lacin corridor can therefore be a way for Azerbaijan to put pressure on Armenia, and thus get the connecting road done.

Russian peacekeepers at the blocked corridor: 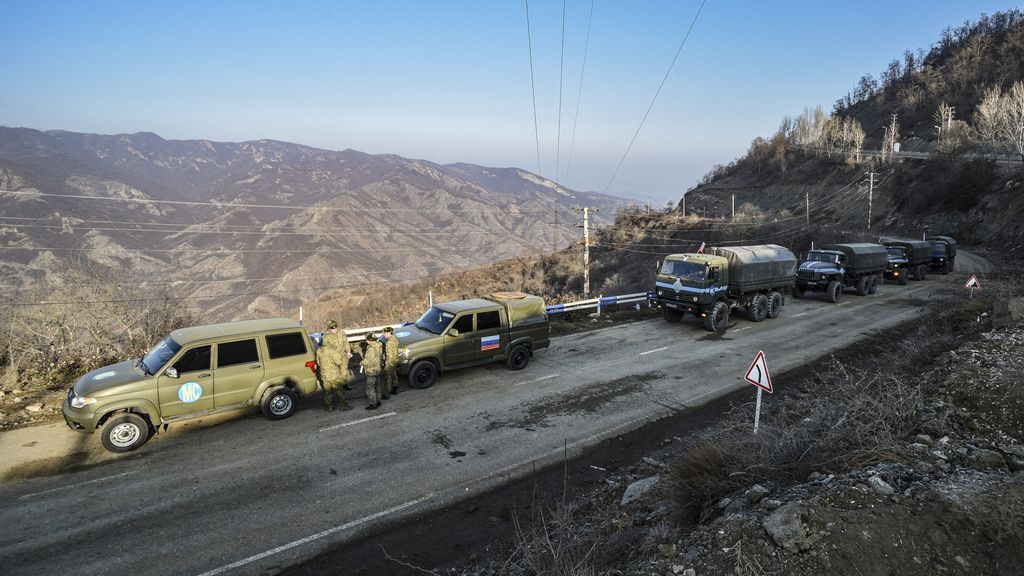 Russian peacekeepers on the Lacin corridor

The Armenian government warns of an imminent famine. “The humanitarian crisis in Nagorno-Karabakh is getting worse every day,” the foreign ministry said in a statement.

The European Union and the United States are urging Azerbaijan to secure the corridor again for free and safe movement of people and goods.

Azerbaijan denies that the road is blocked, because vehicles from the Red Cross and the Russian peacekeeping force are allowed to pass. The activists on the road are “peaceful” demonstrators protesting against Armenia’s “illegal economic activities”, the Azerbaijan foreign ministry said.

Armenia and Azerbaijan both claim Nagorno-Karabakh, which is located in the South Caucasus. Internationally, it is recognized as part of Azerbaijan.

In the 1990s, Nagorno-Karabakh split off with the help of Armenia. In 2020, Azerbaijan conquered territories it had lost at the time.

The Azerbaijani army is supported by its ally Turkey, the ethnic Armenians in the enclave are supported by Armenia. Russia, which maintains ties with Armenia, has acted as a mediator on several occasions in the past.

In Calais, the bunker border with England pushes migrants back to the sea

Elon Musk not liable for losses after Tesla tweets, according to jury | Tech

A truck wanted to avoid a control, derailed and they found more than a ton of marijuana

First night train from Groningen with 65 passengers to Schiphol

Operation begins to extradite Piedad Córdoba’s brother to the US.