A tyranny of the majority threatens to emerge in Israel

The demonstrators are afraid that reforms that the cabinet wants to implement will damage democracy and make it easier for the far-right government to implement controversial plans. How justified are those concerns?

An important part of the proposed reforms concerns the rule of law. The new justice minister Yariv Levin wants a majority of parliament to pass laws that the Supreme Court rules are in conflict with the constitution.

This makes “a tyranny of the majority” possible, says Erwin van Veen, Middle East researcher at the Clingendael institute. “If the Supreme Court objects to a law or decision, parliament can say: we’ll just do it anyway. Then the legislature will replace the judiciary.”

Worrying, agrees the Dutch-Israeli anthropologist (UvA) Erella Grassiani. “Half plus one will soon be able to make decisions that go directly against the fundamental rights of minorities.” 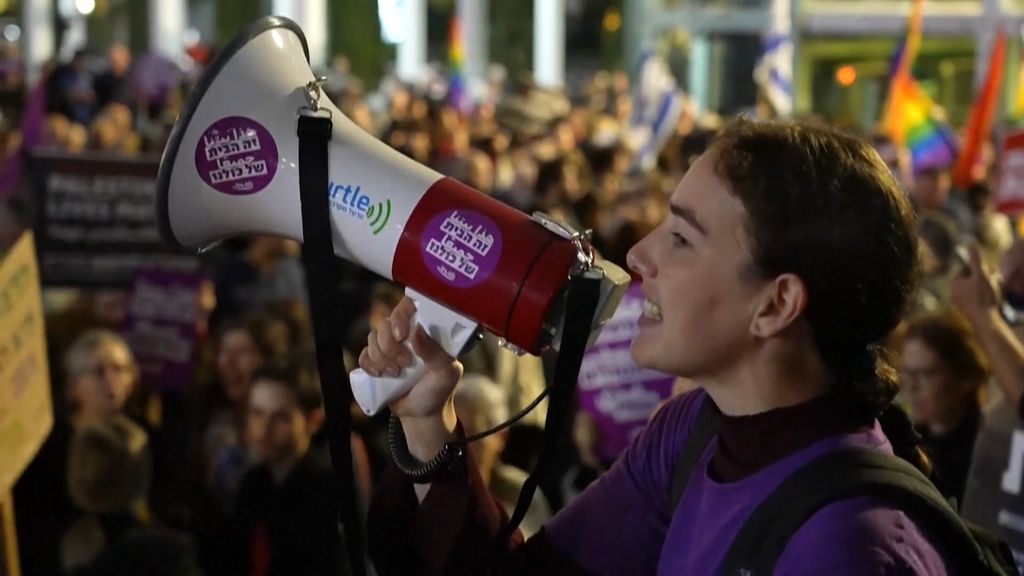 Thousands of people protest in Tel Aviv against the new government

It is not far-fetched to think that the new government intends to do so. Although Netanyahu says his government is there for all citizens, Palestinians and LGBTI people in particular often suffer heavily from his ultra-Orthodox coalition partners. “Lhbti people have long had support from the more liberal parts of politics, but they now hardly have a voice in the government,” says Grassiani.

And Israel “was already a country that treats its minorities very badly,” says Van Veen. “In 2018, the government declared Israel a Jewish nation-state, with Arabs as second-class citizens. In addition, expropriation in the Palestinian territories has so far taken place gradually, but some parties in the new government want more speed and will argue for larger-scale annexation.”

‘The Netherlands never did anything about abuses’

Grassiani, who is co-founder of a platform of Israelis in the Netherlands who oppose the occupation of Palestinian territories, sees it with regret. “For the average Palestinian in Israel, the current government is, above all, another step in the wrong direction, the next stop in a corridor that has been going on for decades.”

Israel conquered the West Bank in 1967 along with the Gaza Strip and East Jerusalem, areas where the Palestinians want to establish a future state. Israel has built dozens of Jewish settlements in those areas where approximately 600,000 Israelis live in addition to 3 million Palestinians. The settlements are illegal under international law.

The two-state solution, in which Israel and the Palestinians live side by side in peace in their own states, seems further away than ever. Van Veen thinks other countries should recognize this reality and act accordingly. “The Netherlands is still focusing on a two-state solution, but Israel has put that idea aside much earlier. Israel has hardly given the experiment to have Palestine prove itself as a functioning state a serious chance.”

“Israel has a long track record of violations of international law, the rights of Israeli Arabs and the rights of Palestinians. But the Netherlands rarely if ever draws concrete consequences from this.”

Even now, he and Grassiani expect that the Netherlands will not take a position, “not even with more abuses”. The Netherlands is not such a big international player, but minorities in Israel should not expect to put pressure on other countries either, says Grassiani.

Van Veen agrees. “The United States is an important factor, but it will not turn against Israel. President Joe Biden is strongly pro-Israel. In the US, the conflict is a political minefield where you have nothing to gain as a president with a hard line .”

Another question is how Muslim countries neighboring Israel will behave. Israel has had better (trade) relations with countries in the region in recent years. Van Veen expects that normalization to come to a standstill “if the Israeli government makes life even more difficult for the Palestinians than it already is”.

Grassiani thinks otherwise. “The relations were built at a time when there was already strong oppression of Palestinians. That was not an objection then and will not be now.”

There are also Afghan women in France

Sri Lanka: an ex-president responsible for not having foiled the Easter attacks (Supreme Court)