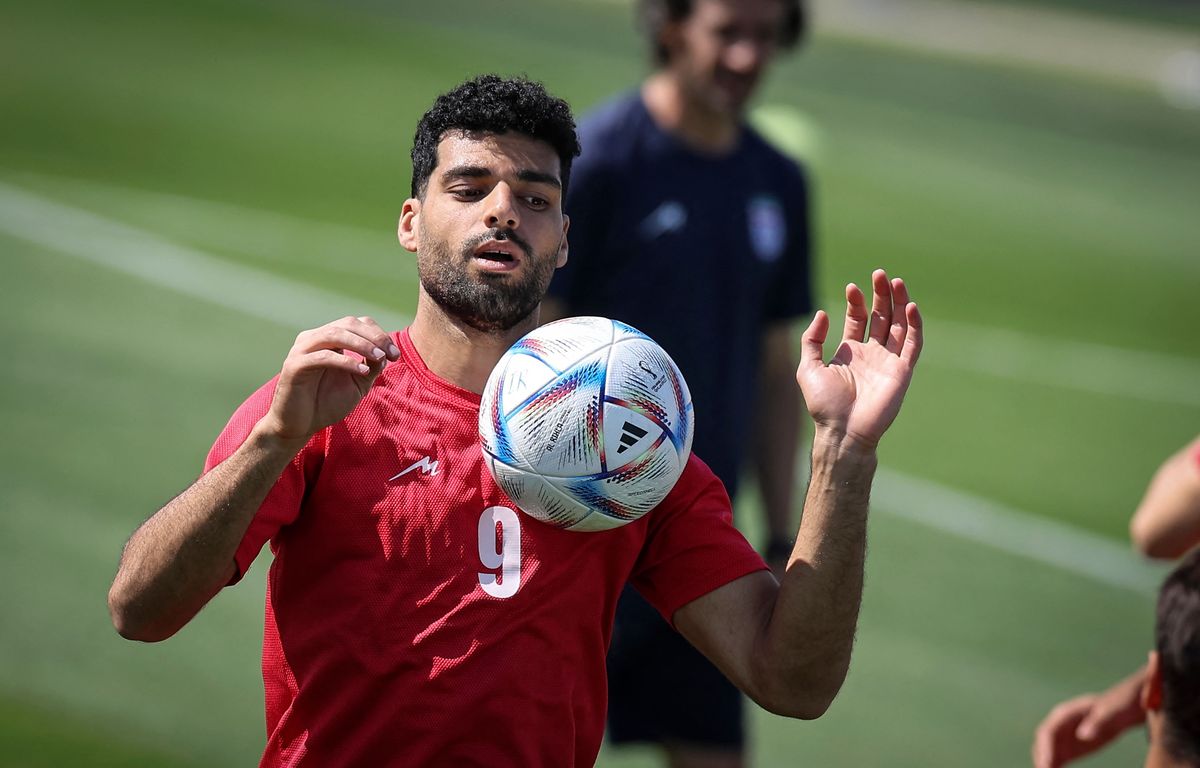 Iranian striker Mehdi Taremi claimed on Thursday that ‘Team Melli’ players were under ‘no pressure’ after refusing to sing the national anthem ahead of their 2022 World Cup opener against England, in an apparent move of solidarity with the demonstrators in their country.

“We don’t have the power to change things”

“I don’t like to talk about political matters but we are under no pressure,” said the FC Porto centre-forward. Taremi, author of a double against England (defeat of Iran 6-2) on Monday, also refused to dwell on the situation in Iran and the demonstrations, repressed in blood, following the death on September 16 of the young Mahsa Amini, arrested by the morality police for not having respected the strict dress code imposed by the regime.

“I knew that these kinds of questions were going to be asked but whatever I say, there will be no impact since some will write what they want to write. So I prefer to only talk about this kind of political topics in private or on my own social media,” Taremi explained on the eve of “Team Melli’s” second game against Wales in Group F.

“We came to play football, not just us, but all the players present in Qatar. Me and thousands of people like me, we don’t have the power to change things,” the Iranian international also said.

Portuguese coach of Iran Carlos Queiroz has also indicated that we should not “mix” sport and politics. “It’s the right of the press to ask questions they think are fair and it’s our right to answer as we want. But what I find strange, as a humble citizen of the world, is not to ask these kinds of questions to other coaches of national teams where sometimes there are also problems. It is not fair that Iranians are the only ones who are asked questions relating to human rights,” he added.