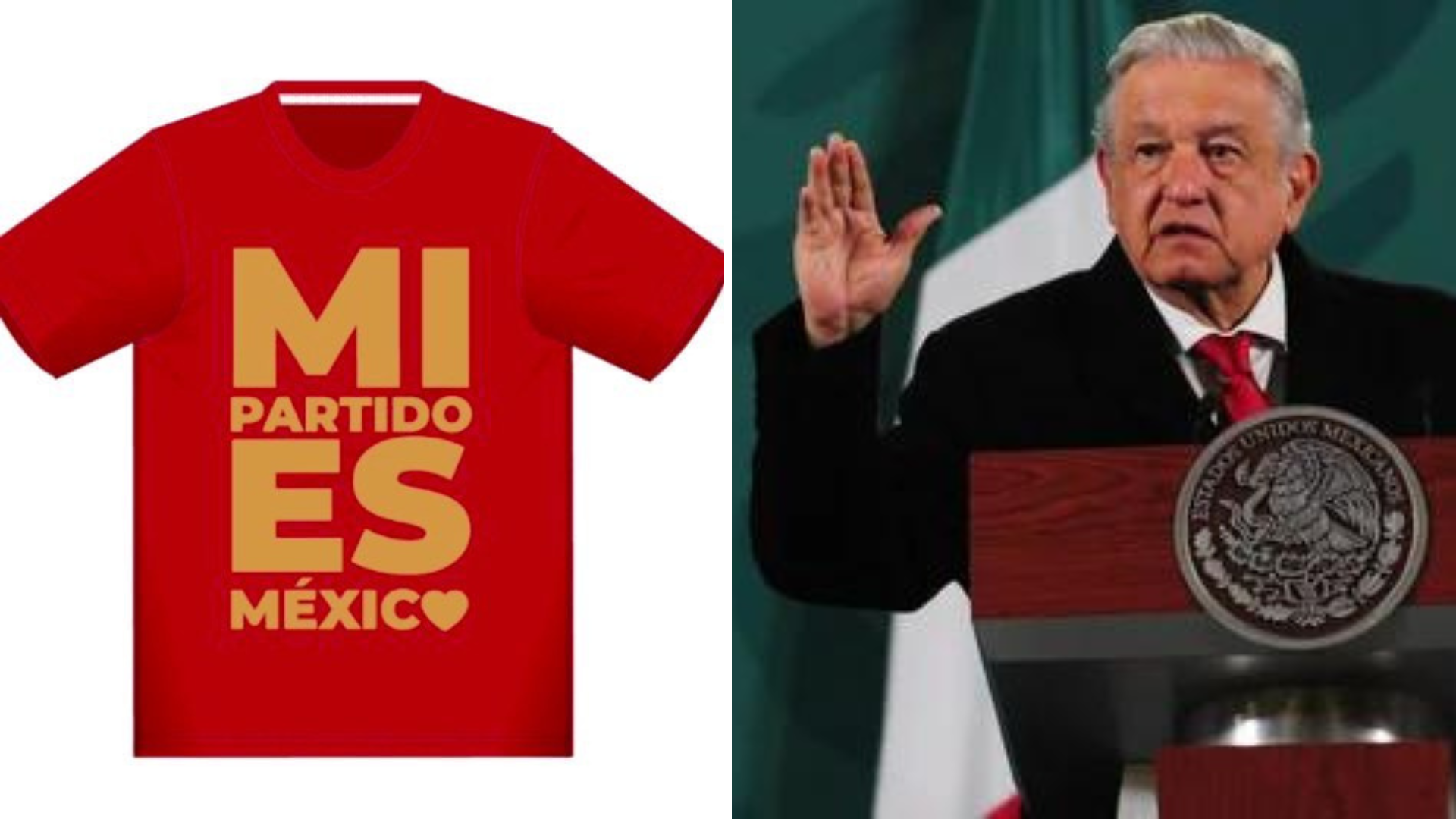 The shirt designed by Edgar Smolensky was published on November 17, shortly after President Andrés Manuel called for the demonstration. (Photo: Special)

In view of the march that President Andrés Manuel López Obrador (AMLO) will lead, Edgar Smolensky, also known as “The Fashion Guru”, designed a shirt to attend the demonstration on November 27.

The idea was celebrated by the federal president during the morning conference on November 24, because in addition to presenting it in the “morning”, he assured that he “liked” the designer’s work very much.

The red shirt says on one side “My party is Mexico”, while on the other it reads “Mexico te AMLO”.

Here I leave the design of the cherry and gold shirt that they asked me for the march:

A clear and concise message.

Let everyone do them where they are close and it will be incredible to see thousands and thousands with them.

“What this thinker, critic, creative did that I appreciate very much, that I like very much, maybe it hurt him, but the colleague who made a shirt,” he said during the conference.

When showing the shirt from the National Palace, the president affirmed that it is a message that condenses the idea of ​​the march and reiterated:

“It is not the cause of a party, of a movement, it is the cause of an entire people. That’s right, my party is Mexico, so everyone who wants to go: women, men of good will, everyone is invited”. 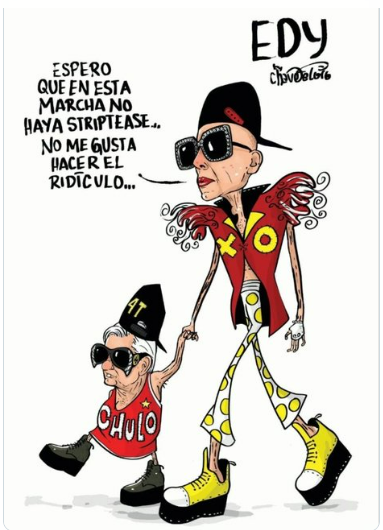 The image refers to the accusations made by the President of Mexico regarding the march in favor of the INE, which he called a “political striptease.” (Photo:Twitter/Design of the shirts for the march on November 27) 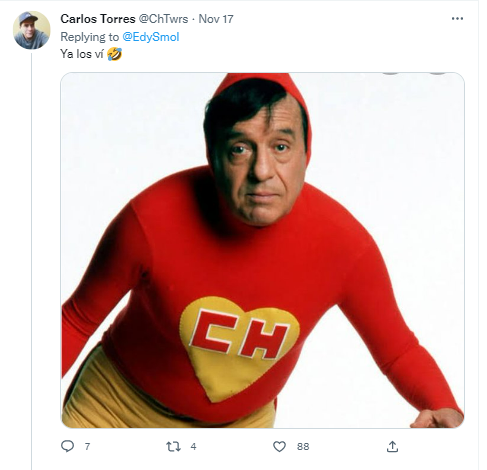 The creation did not take long to be discussed on social networks, where it was the subject of various criticisms, ranging from design remarks to comments against the current administration. Among the comments that stood out were those who compared the shirt with the design of the uniform of “El Chapulín Colorado”.

From the Pacific Alliance to what could be AMLO’s last march, the morning summary

“Put the biggest heart and it’s the Chapulín Colorado shirt” and “The original was designed by the Colorado grasshopper?”, as well as images of the protagonist of the television classic were some of the constants in networks. 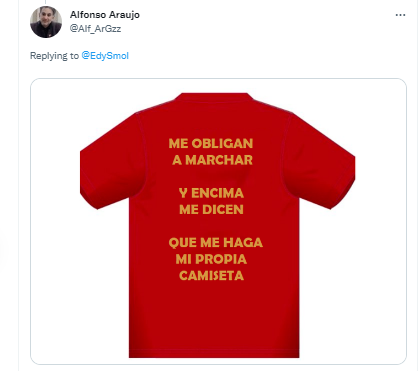 Among the criticisms is also that of the alleged assistance of carried. (Photo:Twitter/Design of the shirts for the march on November 27) 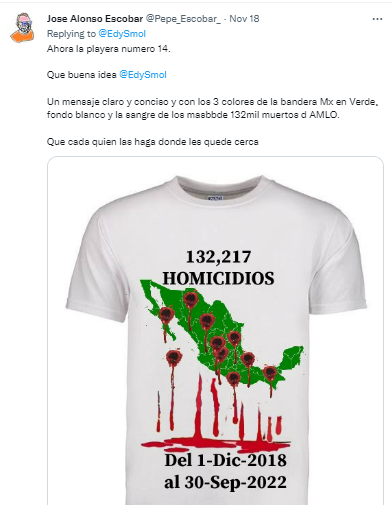 (Photo:Twitter/Design of the shirts for the march on November 27)

Among other reactions were those who proposed alternative designs to the one presented by Edgar Smolensky, the same ones in which harsh criticism of the Obrador government is read: “A clear and concise message and with the 3 colors of the Mexican flag in green, white background and the blood of the more than 132,000 deaths of AMLO”, wrote a user.

One of my favorites simple but a great message.

.What a good idea @EdySmol about the shirts.

Let everyone do them where they are close and it will be incredible to see thousands and thousands with them.

If you need the design, ask me. pic.twitter.com/eNVrzetgwl

There were also t-shirts focused on the signs against the march participants, since opponents have assured that many of the attendees will be “carried away”, as a edit in which you can read: “They force me to march and on top of that they tell me to make my own shirt.”

Meanwhile, regarding these accusations, the president of Mexico has issued ironic comments, such as the one he gave on November 23:

“Yes we are going. (…) There will be a march, a parade. There will be hauled, pure people who don’t know what they’re going to, ”he interrupted.

It should be noted that the controversial march will take place next Sunday, the day on which the Chief Executive will issue his fourth government report.

March 27N would be the last led by López Obrador: “We do not know what the future holds”López Obrador assured that he has a guardian angel in the face of death threatsAMLO’s 5 recommendations to attend the march on November 27Leaders of the PAN and PRD exposed differences between the marches of the INE and the 4T