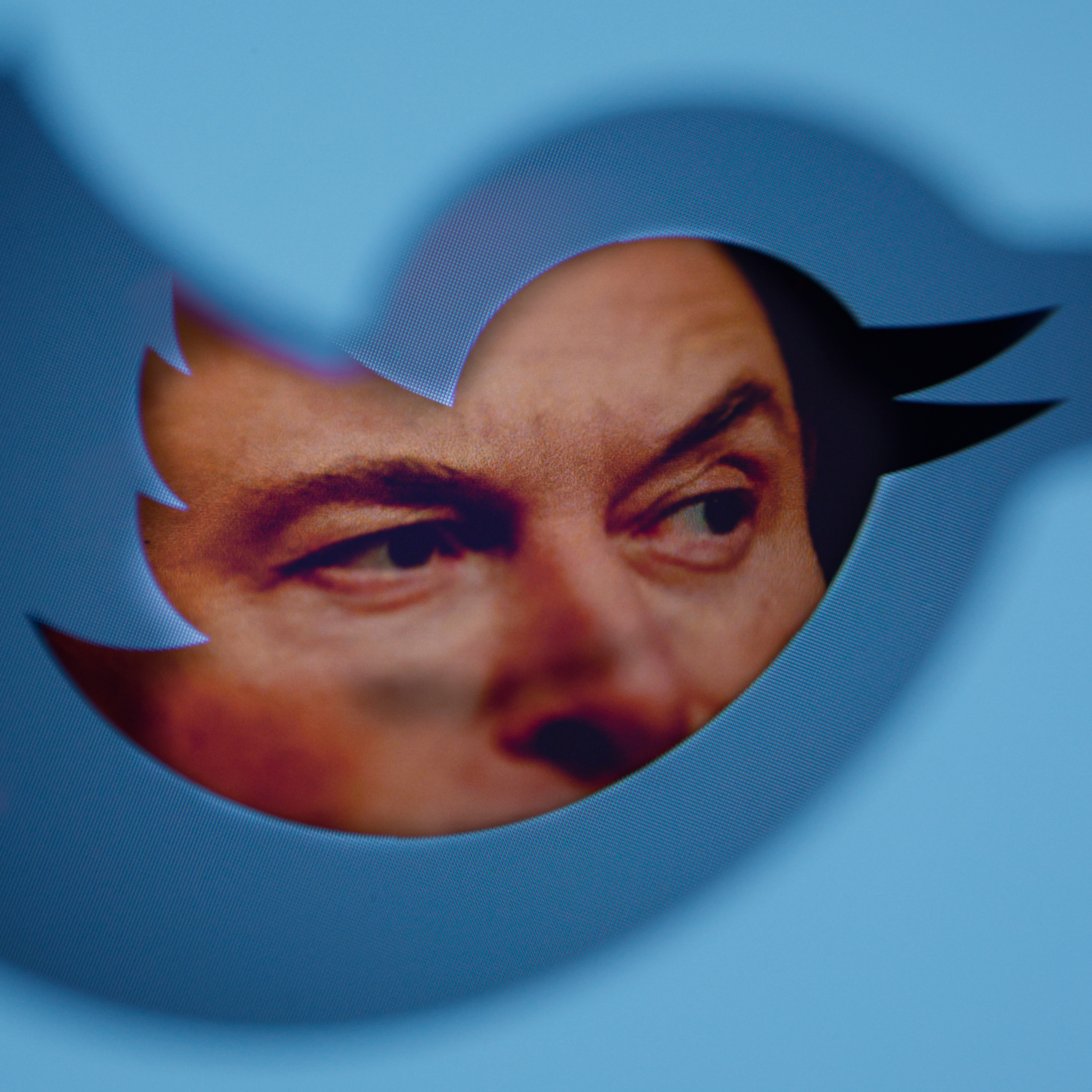 I was going to punish them this week with a brainy tribune on the infinite virtues of Digital Services Regulation (Digital Service Act or DSA in English) and also Regulation of Digital Markets (Digital Markets Act, or DMA), the European legal armories with which the commissioner Thierry Breton It intends, without bothering much, to cover audits of large technology companies under the sole supervision of the European Commission. Three hundred and a half pages, between whistles and flutes, incomprehensible tostón for those who have not been attentive to its processing. Joy, in short, for the lawyers who intend to live off them and work strenuously for the teams of compliance that they have to comply with. But who can concentrate on nothing of importance and depth with the bustle that Twitter brings in recent weeks? So I confess: I don’t. One is not made of stone and when she sees that the only guilty pleasure of hers can fall at any moment she loses what little post-pandemic concentration she had left and falls off a cliff in the addictive search for the “last of Elon”. Last Friday I handed it over to say goodbye to my TL like the drunks who sit on the sidewalks in full exaltation of friendship because they don’t know if this will be the last time they are going to love that turras so much that, on the other hand, they have silenced since 2019. We exchanged phones for DMs singing “The end of summer” with the promise of seeing each other again on Mastodon, the federated social network that has seen its users multiply to reach seven million souls desperate to keep in touch with the announced collapse.

Anyone who is not a tweeter will not understand so much kitsch or catastrophism, but the chances that, by the time you read this forum, Musk has had a few other occurrences that have put TW beyond good, evil, and the perspective of a healthy income statement, are extraordinarily high; that, despite the hooliganismo of those who encourage the South African in his antics, the technology can not stand and is founded in black without anyone who remains having the necessary knowledge to fix it. For now, double factor verification comes and goes, and the intellectual property control system works that way. There are already kind tweeters posting entire movies in a thread at two minutes of footage per tweet.

And it is that, as a passive-aggressive mother would say, we have suffered a lot with this boy in recent weeks. Let’s recap. It all started as a Venezuelan soap opera or as an afternoon movie in which a regular Mus player’s mouth warms up and he sings órdago without cards in the hope that nobody wants it. But the shareholders of Twitter, to the top of his head, love him. The deal is a bargain and the network carries too much responsibility so Musk is forced to buy and then walk away with an excuse that has not been successful in court. So, this is a damage control operation. Simply, not complying would have been more expensive.

He took office by appearing at the headquarters of the blue bird with a sink and then fired half the staff and 80% of the suppliers, with a clear ideological bias, leaving the company unprotected against regulators, by emptying the departments regulatory compliance and moderation. The US Democrats have already sent him a message through the FTC and the EU Competition Commissioner, reminding him of the regulatory commitments that weigh on the entity and the consequences of failing to comply with them. Without a clear business plan, she has jumped around like a cow without a bell. First, the production of a verification system, Twitter Blue, which has precisely allowed anyone to open a verified account just by paying 8 dollars. Several companies, the pharmaceutical company Lilly and Tesla itself, saw activists take control of verified accounts in their name and knock down their share price with a single tweet. Then, a universal paywall, to continue proposing that the network becomes a digital Swiss army knife that serves to pay, identify and insult all in one. Meanwhile, they have stood up almost the entire staff when he asked them for blood, sweat and tears and has rehabilitated Trump’s account after a tweet poll that Indra and his electoral management system wanted for himself. And since there are no adults in the room, the extremists campaign for their respects in full exercise of digital bullying. At least, in his discharge, it must be said that he seems to be eliminating the HTs with which child pornography material was traded.

The collapse of Twitter is not the entertainment of a few. It is the fall of the universal press room, of the teletypes in the pants pocket, the collapse of the digital public square built on the servers of a private company. Because of its ubiquity, its adoption by almost 250 million users in the last 16 years, and its status as a de facto public archive, Twitter is the new Library of Congress. We have not seen anything like it and, if we learn, we will not see it again.

The solution is not to make a public hulk as Íñigo Errejón suggests or to raise this certified madman to the altars. I wonder, after the praise that I have been reading about his behavior, if there is a name for the syndrome that a part of our society seems to suffer from that considers everything this good man does to be genius despite violating the rules of good business management. and decent treatment of workers. There is a presumption that if you have won such an exorbitant amount of money it is impossible for you to be an idiot. Dishonest, heir, you can, but fool no. What he does is either right or, being regulinchi, surely it is part of a secret plan that will be revealed to us when it is fulfilled. And if it is not fulfilled, surely it is the fault of the woke culture, of the lazy people who do not want to work, of the democrats with their regulations, of the Europeans with their regulations or of the Lift up your hearts. But never from a rich white man, even if what we are looking at is one of many psychopathic leaders. Musk has secluded himself in the Big Brother house that is Twitter and is broadcasting it to us live.

Waiting for that seamless plan to become a mortal body, those who lent him the money for the adventure, They are selling their credit at losses, specifically 40%, while Moody’s, the rating agency, withdraws Twitter’s rating for lack of information on the state of the company. This business is so toxic that banks prefer to give it away, assume the loss, which is not minor, than maintain it.

Voice of the people, voice of God, Musk snapped at us when returning the account to Trump. I ask him, Whither goest thou, Elon.