A memorial stone has been unveiled in the Nieuwe Kerk in Amsterdam for the Surinamese-Dutch writer, anti-colonial activist and resistance member Anton de Kom. The stone is placed in the church floor between other writers as Hella Haasse, WF Hermans, PC Hooft, Multatuli and Isaäc da Costa.

His family, who unveiled the stone, call it a special and honorable moment that contributes to the further recognition of De Kom’s work and ideas.

“Anton was thwarted for a large part of his life by the colonial government, but also by the occupying forces during the Second World War,” said great-grandson Vincent de Kom this morning. NPO Radio 4. “Then he hardly received any recognition for his work and he had a very difficult life. It has been a struggle for rehabilitation for so long. It is very nice that this is happening now.”

It is no coincidence that the stone was unveiled today. Tomorrow it will be celebrated that Suriname became independent in 1975. Moreover, in February it will be 125 years ago that De Kom was born.

Anton de Kom was born in 1898 in Paramaribo, in the former Dutch colony of Suriname. In the 1920s he came to the Netherlands and became politically active in all kinds of left-wing and communist associations. After returning to Suriname with his family in the early 1930s, he started a consultancy firm for workers. The Dutch colonial authorities quickly saw him as a danger and exiled him to the Netherlands. In World War II he joined the resistance, but he was arrested in 1944. De Kom died shortly before the liberation in April 1945 in Sandbostel concentration camp.

The birthplace of De Kom is also on the stone. “The house is located in the Frimangron district, where ransomed enslaved people could build a house,” says Kensmil. “It is also the neighborhood where he had his consultancy for a short time to listen to the stories of the workers. That house carries those stories in it. That’s why I thought it was nice to incorporate it.”

The portrait and birthplace of De Kom: 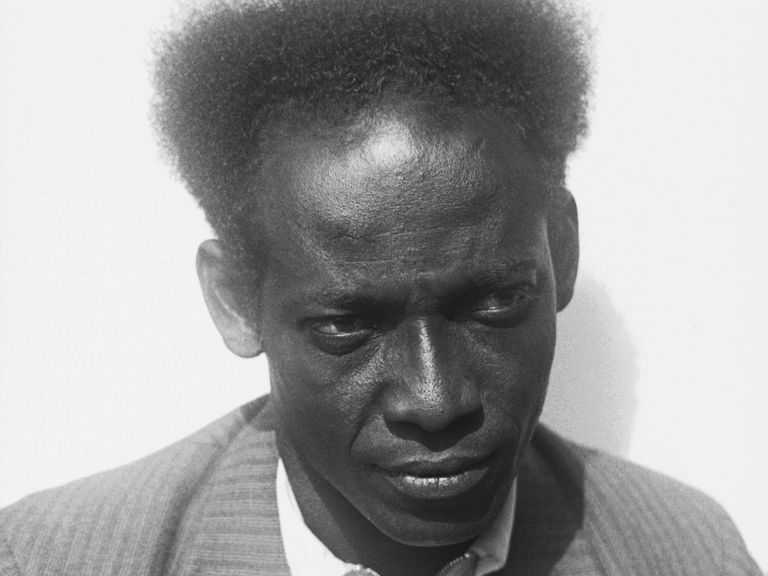 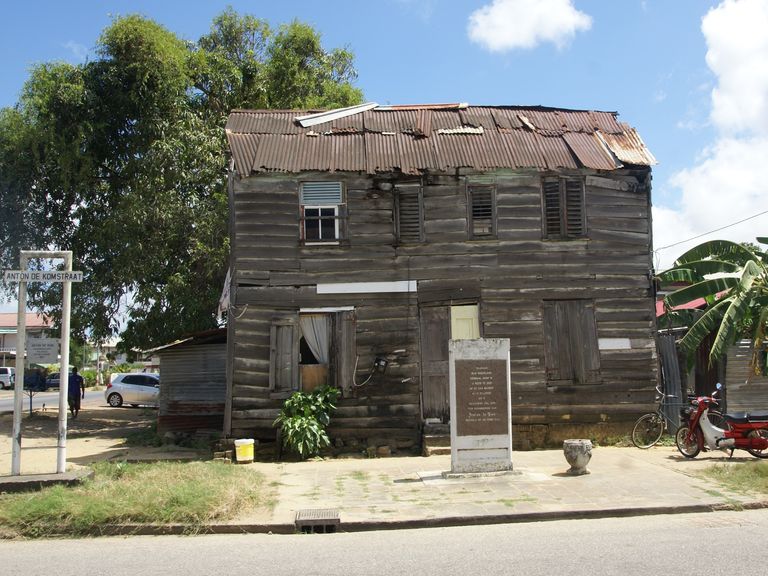 The birthplace of Anton de Kom in Paramaribo (2016)

Kensmil says it is important to get as close as possible to Anton de Kom’s ideas. “His combativeness, especially with the pen. I wanted to expose what his message is, especially about inequality. About systematic oppression and skewed power relations. I also deal with that a lot in my own work.”

In addition, she wanted to depict the love for Suriname. There are various Surinamese faces on the stone, as well as trees and plants. Great-grandson Vincent de Kom speaks of “an incredibly beautiful design”.

In recent years, more and more attention has been paid to the life and work of De Kom. For example, he was included in the two years ago Canon of the Netherlands, the overview of national history. He represents the fight against racism and colonialism.

We also became slaves of Suriname reissued. On the one hand it is a historiography of Suriname as well as a fierce indictment against racism and exploitation.

In addition, there is a De Kom exhibition in the Open Air Museum in Arnhem:

“De Kom has an important role for society as a whole, because its story shows how we deal with our colonial history,” said Carl Haarnack of the Anton de Kom Foundation when announcing the memorial stone in August in News and Co. “That is why it is important that people become acquainted with his ideas and his book.”

Last year, at the request of the House of Representatives, the cabinet announced a generous gesture for De Kom. What exactly that will look like is still unknown. But work is still being done behind the scenes, Vincent de Kom confirms when asked. “We are discussing this with the ministry.”

UUUU! is not a boo, TivoliVredenburg explains with a poster to artists