Coscu defended Chapu Martínez from network attacks and Fede Bal reminded him: “You sent me haters” 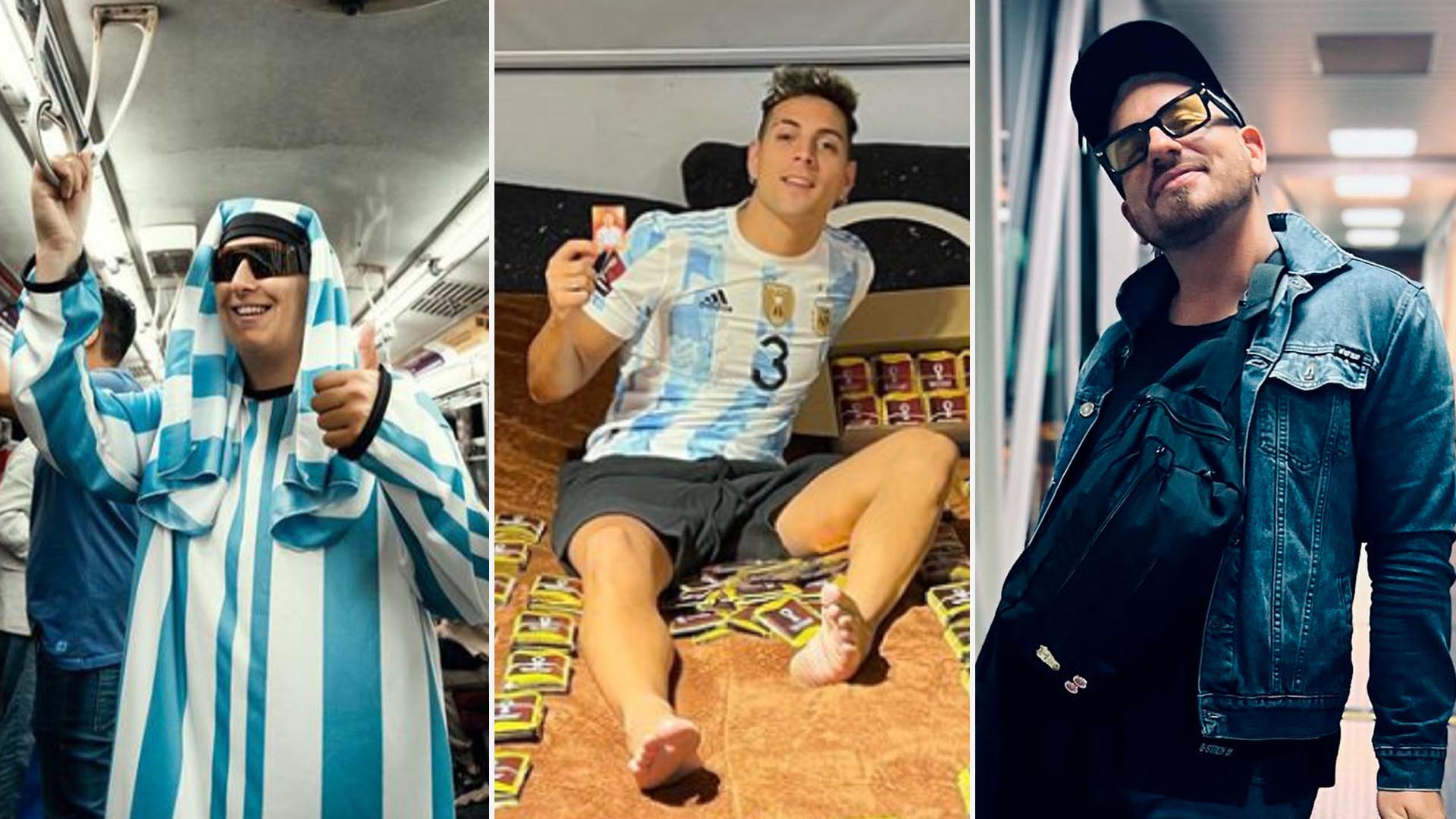 “The truth is that I’ve been dragging this for four years and I didn’t want to make it public in such a strong way, but yesterday it went viral since Coscu supported me,” Chapu Martínez told Teleshow anguished after being called a “mufa” after the defeat of Argentina against Saudi Arabia in Qatar 2022 and that they threatened his six-year-old son.

The anguish of Chapu Martínez after receiving threats after the defeat of Argentina: “This has dragged him on for 4 years”

The instagramer spoke with Teleshow after being called a “mufa” and thanked his colleague Coscu for making his case go viral, in order to stop the attacks

It is that his colleague, whose real name is Martín di Salvo, was the one who told that the instagramer who popularized “Bring me the Messi Cup”, was not having a good time due to the attacks received on social networks. “How am I not going to get involved? A kid who went to the World Cup to make content is being threatened that they are going to kill his son, just for having gone to make content at an event that anyone dreams of going to, ”he said.

After all the media echoed the matter, Fede Bal used his social networks to recount the bad moment he had with Coscu, being on the other side of the counter and being the influencer who carried him and sent him attacks, as the media are doing. users today with Martinez.

“Really Martin di Salvo? I remember when you reacted to everything I did, you took me down from events and sent your army to throw hate at me. I like that you have changed your ways, I celebrate it, I hope it is sincere and for everyone, “wrote the son of Carmen Barbieri after bringing to light Coscu’s virtual mistreatment of his person.

Martín Martínez, that is his real name, after the Argentina game in his debut in Qatar, he had shown himself to be very anguished, he said that he was overwhelmed, since his family was upset with the situation. In addition, he used his Instagram account, where he has a million followers, to thank the support.

The pain of Chapu Martínez after being threatened

Later, he spoke with Teleshow about what happened: “It’s a downturn, especially because of the threats to my family, which was destroyed yesterday. My old man sent me a ten-minute video reading a letter he wrote to me, a cousin a crying audio. They threatened to kill my son, my family.”

“The truth is that I have been dragging this for four years and I did not want to make it public in such a strong way, but yesterday it went viral since Coscu supported me on Twitter and Instagram and they began to share. My partner also because he got tired and there I exploded and broke, because they are supporting me and I am naked in the eyes of the country, and it is strong and ugly, ”he continued.

During several moments of the talk, he thanked his friend for telling what was happening and he believes that talking about this could be the first step towards reversing the situation. Chapu recalled that he tried to stop everything in “thousands of ways”: “Laughing, playing with what was happening and making videos for people to laugh, pretending it didn’t bother me, then I tried to get the issue out of circulation by not talking, getting angry and saying that they cut it without giving it importance… I tried many things and it did not work, nor did it increase. But with the World Cup it exploded because Argentina lost and I was on the field”.

“Please stop, it could end badly,” he asked and said that he did not think the worst: “But this brings me closer to the worst, there comes a time when you cannot stop the ball and you feel that there is no end, that the only thing that can What happens is that Argentina wins champion and that does not depend on me, depending on that is that your life has tremendous pressure every day, I cannot enjoy any game, I am sitting on the pitch and I feel that I have to win the game, without doing anything”. Martínez will stay in Qatar generating content for his networks until December 19, after the final that will be played the day before.

The anguish of Chapu Martínez after receiving threats after the defeat in Argentina: “I’ve been dragging this for 4 years” Alejandro Stoessel crossed Nik over a tweet referring to Tini: “It would have been prudent to avoid generalizing bullying”