Ryan Coogler came up with Black Panther: Wakanda Forever (2022) faced with a huge job when protagonist Chadwick Boseman passed away. The director realizes that he asks a lot of viewers to continue the storylines as logically as possible. Coogler now thanks them for their support.

A letter from the director to fans has surfaced on Marvel’s official social media channels. Coogler realizes that the film’s length and number of different languages ​​might be a little difficult for some, but he thanks fans for sticking with it for the long haul.

Our movie is over two and a half hours long, so thanks for holding up those bathroom breaks. Six languages ​​are spoken in our film. Thanks for putting up with the subtitles. And our film is about the inescapable human emotion of sadness. Thank you for opening up to the emotional journey of this film. We created something to honor our friend, who was a giant in our industry, and we also created something to enjoy in a theatrical setting with friends, family and strangers.

What the future brings for the director remains to be seen. As far as Coogler is concerned, he will continue to work for Marvel for a while. Given the success of Wakanda Forever in the cinema, it seems certain.

This medium wouldn’t exist without an audience, and I thank you for giving me professional purpose and an emotional outlet. I look forward to bringing you more stories in the future. 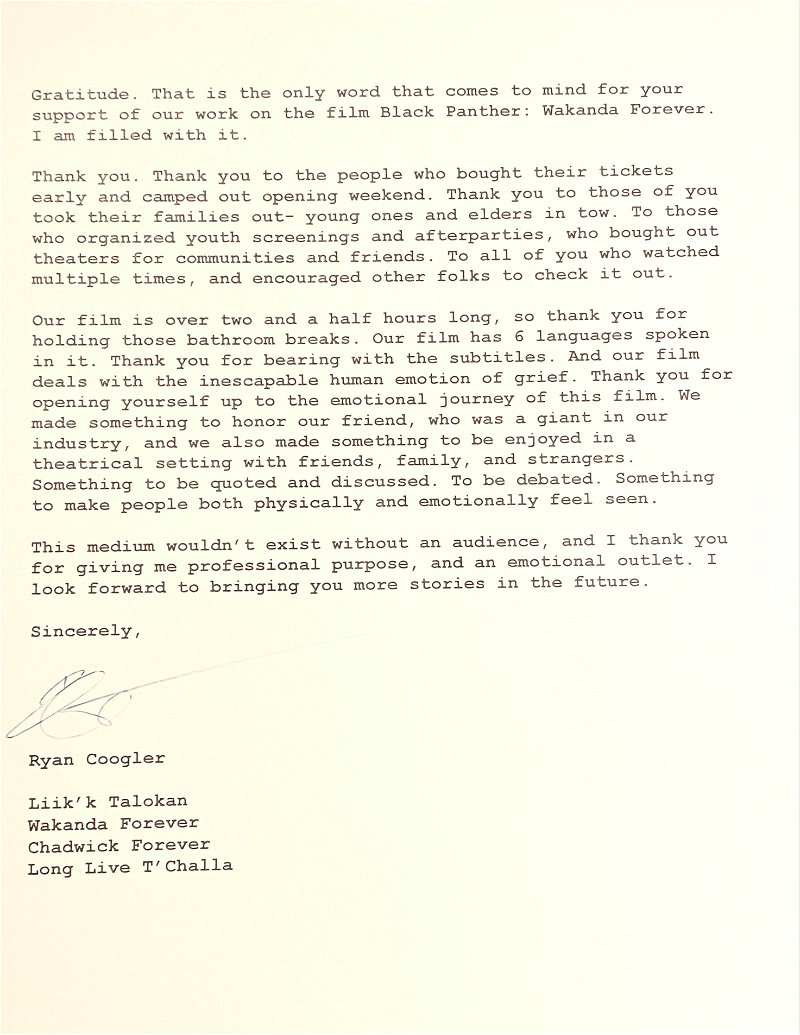