Hell, what would that next gen update of The Witcher 3 bring. Will it work or??? We now have an answer to that question.

Whether you’re stepping into the shoes of Geralt or Rivia for the first time or you’re a veteran slaying monsters for 100 hours, there are plenty of reasons to immerse yourself in this vast world full of choices and consequences this winter. Something this editor will definitely do. Because the next-gen update for Xbox Series X|S arrives on December 14. It’s free to all current owners of The Witcher 3: Wild Hunt on Xbox One and is packed with improvements, new features and additional content.

First the technical upgrades. Xbox Series X players can choose from Performance and Quality modes. Performance prioritizes a frame rate of 60FPS, while Quality prioritizes visual enhancement at a rate of 30FPS. In Quality mode, Ray Tracing comes into play, where Ray Traced global illumination and ambient occlusion provide more realistic overall lighting and lighting effects on surfaces. Since the 60 fps will really be a concern for me, I will definitely go for this realistic mode.

Xbox Series S players have fewer choices and can choose between the special 30FPS and 60FPS modes, with the former presenting the game with better textures and higher resolutions and the latter offering a smooth 60FPS experience. In addition, the Xbox Series X benefits from FidelityFX Super Resolution (FSR), a powerful upscaling technology that boosts the frame rate and uses a spatial upscaling algorithm to maintain high visual quality. Sounds good, but I don’t understand what I just wrote.

The next-gen update also comes with integrated mods. The modding scene for The Witcher 3: Wild Hunt has always been vibrant and impressive and a selection of mods have been put together with improvements such as reworked textures and character models up to 4K, refreshed monster models, visual bug fixes, immersion tweaks and even map inconsistency fixes. It is of course great that the power of the community is used to make the game even more fun. 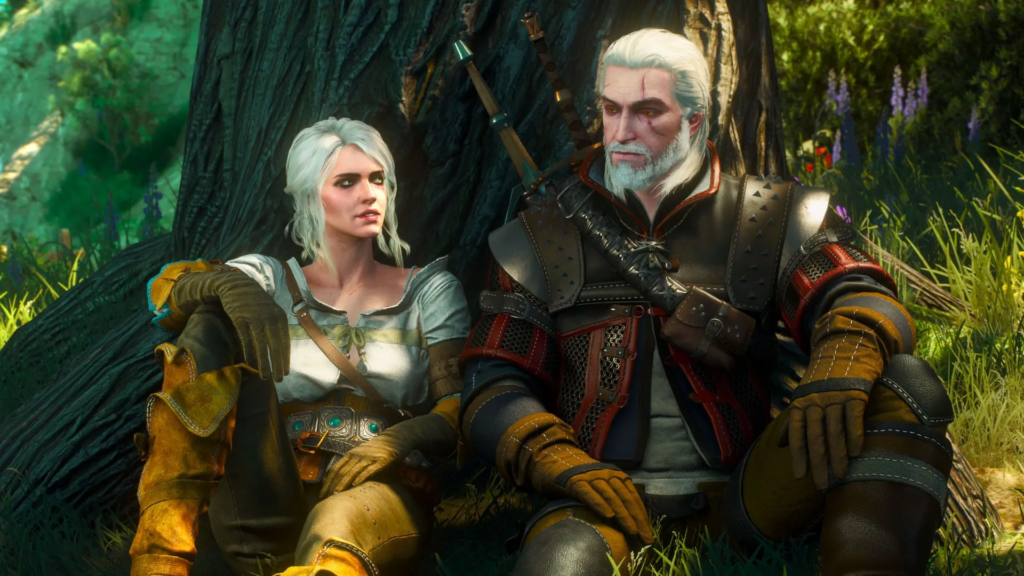 There are also gameplay/content additions made by CD Projekt Red itself. Hundreds of mods and community requests have been sifted through to see what additions would be smart, and the effect is a more streamlined gameplay experience, with improvements to textures, character models, and cutscenes. There are too many to list here, but some notable additions include rapid character summoning, which makes it easier and more intuitive to pronounce Witcher characters during battle (no fiddling with the radial menu and accidental Yrden choose if you want Igni), more UI and map customization options, an alternate camera, improvements to the environment and character models – enjoy the much better looking vegetation – faster herb looting that skips the selection window and bug fixes that fix some issues which the community has known for quite some time.

In terms of new content, the Witcher worlds collide with free DLC inspired by “The Witcher” Netflix series. We know that this will be the first time for some players to play Wild Hunt and it is likely that some of these players will come to the game after watching the Netflix series. Now players can equip items and gear inspired by Seasons 1 and 2! Two new armor sets and a steel and silver sword for Geralt, an alternate outfit for Dandelion, and new armor for the Nilfgaardian soldiers. And with this free DLC comes an all-new quest, “In the Eternal Fire’s Shadow”.

Another cool feature to draw attention to is cross progression. Xbox players will now be able to seamlessly transfer their saves to other platforms thanks to the Cloud. Suppose you have an old save from six or seven years ago on your Xbox One – well, now you can transfer that save to the next generation on the Xbox Series X|S and finish your playthrough!

If you own the GOTY Edition, you will receive a free upgrade to the Complete Edition, which includes the Hearts of Stone and Blood and Wine expansions. You can now save big on The Witcher 3: Wild Hunt during the Xbox Black Friday sale leading up to the next-gen update. So if you don’t have it yet, you score it for just under none 10 euro. So bargain.

I have it on disc and am going to prepare myself to get started on the 14th. Because check the video, this is mouth watering so beautiful.