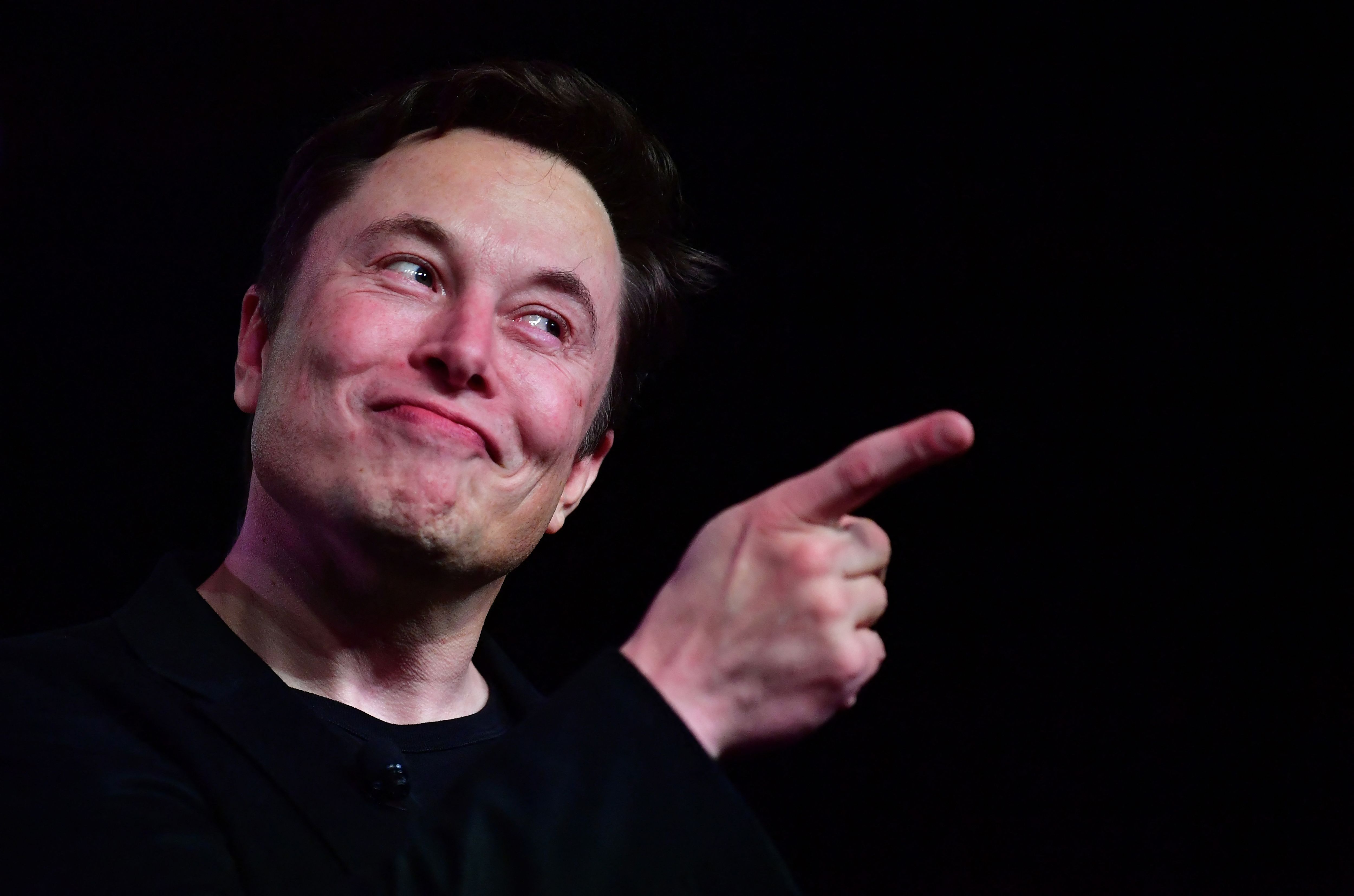 On Elon Musk’s third date with his second wife, Riley Talulah, already in the privacy of the hotel, he wanted to show her his rockets. “She was skeptical, but she really showed me videos of rockets,” says Talulah. In their first meeting, Musk had ruled out two other models in favor of Talulah because “she really wanted to talk about rockets and electric cars, that was what was interesting,” Musk tells his biographer Ashlee Vance, a Bloomberg journalist and author of Elon Musk. The entrepreneur who anticipates the future, Originally published in 2015.

Musk wasn’t just using electric cars to flirt after investing millions of dollars in Tesla, a company that makes them. He was already doing it when he was 18 years old and had just arrived in Canada from his native South Africa. “I think the second sentence out of his mouth was ‘I think about electric cars a lot,’ and then he looked at me and said, ‘do you think about electric cars a lot?’” says Christie Nicholson, who knew the young Musk. at a party and remained friends.

The exacerbated and obsessive focus on his vital and business interests is constant in Musk’s life. Since he was young he has been very interested in the internet (he founded X.com, which is at the origin of Paypal and secure online payments), rockets (SpaceX) and electric cars (Tesla). His interest in social media and Twitter may seem new from the outside, but Musk likely put many hours into it and believes, as he wrote to advertisers, that Twitter is not just a social network, but an essential “digital public square.” for the future of humanity.

“According to some messages we have exchanged, I think he is quite stressed,” Vance told EL PAÍS by phone. Since the official announcement of the purchase of Twitter on October 27, Musk has laid off thousands of employees, has announced the return of Donald Trump, has caused chaos with ill-considered decisions and has provoked cries among his critics of the end of Twitter and a small exodus to Mastodon and other networks.

Is all of this a big deal for Musk? Probably not. “It’s an extraordinary situation, but for Elon to have his companies in chaos is standard operating procedure, he has practice,” says Vance. “I also have to say that if nothing works out and Twitter crashes and he loses the $44 billion, I won’t say he wouldn’t care but he’s maybe the only person on Earth whose life wouldn’t be destroyed. He is willing to play it and he could live whatever the result is, ”he adds.

Musk has other projects underway whose results are in doubt or on the way: the hyperloop, the automatic driving of Tesla and its Optimus robots, or the chips in the brain of Neuralink. The indisputable successes of Paypal, SpaceX and Tesla are not the only milestones in his career.

A great mystery of these first weeks of Twitter is how it can survive the company with about 2,700 employees, more than 50% less than they had in October. There are several possible answers, both in what is happening in Silicon Valley today and in Musk’s past at SpaceX and Tesla. Other tech companies are laying off employees. Twitter co-founder Jack Dorsey admitted to overblowing the roster. Musk seemed to know it and also to have bet big: “They are underestimating him. There’s a lot of talk that he’s losing all these engineers,” Vance says. “It’s underestimated how many people just protest that Elon’s there and his ability to hire talented people is underestimated,” he adds. There are already examples of engineers reaching out to Musk with complex tests, such as fixing the Twitter search engine:

that’s what Elon told me my job was, and I will try my hardest to do it. I have 12 weeks

also trying to get rid of that nondismissable login pop up after you scroll a little bit ugh these things ruin the Internet https://t.co/vZbSfEqlfW

There is, for Vance, a substantial difference between Twitter and SpaceX and Tesla: “His two companies were built over time. They have very clear visions of what they are and where they are going. Musk’s behavior is somewhat more tolerated because they are used to his style. Even so, he is incredibly hard on some people and sends them off in horrible ways,” he explains. But now he has come to Twitter already being the richest man in the world and the largest user of the network, and the interest he raises is different: “In Twitter he has just parachuted with his management and it is obviously impressive for everyone in the company and those who are outside of it ”, he adds.

At Tesla and SpaceX there are several examples of his behavior and work ethic. In hundreds of interviews with him, Vance tells in the book some notable cases. “One person who works 16 hours a day ends up being much more efficient than two people who work eight hours,” Vance writes in the biography regarding a specific case. “That worker should not hold meetings, reach consensus or update other people. He just keeps working and working and working. The ideal SpaceX employee is someone like Steve Davis, SpaceX’s director of advanced projects. ‘He’s been working 16 hour days every day for years,’ Brogan said [otro empleado de SpaceX]. ‘It does more than eleven people working together.’

Weekends are also an obstacle for Musk: “When he arrived, I pointed out to him how impressive it was that so many people were working on a Saturday,” Vance writes. “Musk saw the situation in a different light, complaining that fewer and fewer people were working on weekends. “We’ve gone fucking soft,” Musk responded. ‘I’m going to send an email. We’re fucking soft.’” The birth of a child? It matters less than the company: “An employee [de Tesla] he missed an event to witness the birth of his son. Musk emailed him saying, ‘That’s no excuse. I am extremely disappointed. You have to figure out where your priorities are. We’re changing the world and changing history, and you commit or you don’t.’” Vance quotes the recipient of the email, but in this case he did not see the specific message.

Do the employees leave? We signed more

In X.com a group of executives took a substantial part of the workforce because they disagreed with Musk’s management: “He ended up with a shell company and a handful of loyal employees. ‘After all, I remember sitting with Elon in his office,’ said Julie Ankenbrandt, one of Elon’s first employees. X.com that stayed ‘There were a million laws to prevent something like this from happening. X.comBut Elon didn’t care. He just looked at me and said, ‘I think we should hire more people.’

Another way to underestimate Musk’s stubbornness is his relationship with failure. In 2008, rockets weren’t taking off and building a Tesla on time seemed like a dream. With the crisis he was about to lose all the money he had earned from the sale of Paypal to eBay. His wife at the time, Riley Talulah, remembers his despair. “One day there were fifty articles about how Tesla would die,” recalls Kimbal Musk, Elon’s brother. Today the risk is much higher in absolute terms, but Musk’s empire does not depend on Twitter. Even so, he does not allow himself failures.

Vance cites Jeff Heilman, an early employee of Musk’s first Internet services company, Zip2. “’Elon had this impulse that this, whatever it was, he had to do it and if he didn’t do it, his opportunity would fail,’ Heilman said. “That’s what venture investors saw: that he was willing to bet his existence on building this platform.” Musk actually told an investor the same thing: ‘My mentality is that of a samurai. He would rather commit harakiri than fail.’”

Beyond failure, one of Musk’s distinctions is how he reinvests a good part of the money he makes in his new projects. In the most difficult years of SpaceX and Tesla, when he was still living with his first wife, Justine, he said this to Antonio Gracias, a friend and investor in his companies: “‘Things were starting to go wrong with Justine, but they were still together.’ he said Thank you. ‘During that dinner, Elon told me, ‘I’ll spend my last dollar on these companies. If we have to move into Justine’s parents’ basement, we will.’”

Is it to the right?

A persistent contention with Musk, which has grown since his purchase of Twitter, is whether he is right-wing. “I think it’s stupid,” says Vance. “Some of this is self-inflicted with the things he says and tweets, but people have to understand that most of the time he’s just joking around. He’s not a radical fascist or anything like that. He is quite rational and his political allegiances tend to change depending on how the government treats their companies at any given time. He is eccentric and loves to mess around, but in my opinion he is not far right, I don’t think so.

Musk nearly died on a trip to Africa with Justine. He caught a type of severe malaria and it was discovered late on his return. Musk spent a difficult ten days in the intensive care unit. He took six months to recover. He lost 20 kilos during the illness. “I was very close to dying,” Musk told Vance. “That’s my lesson for the holidays: the holidays will kill you.”