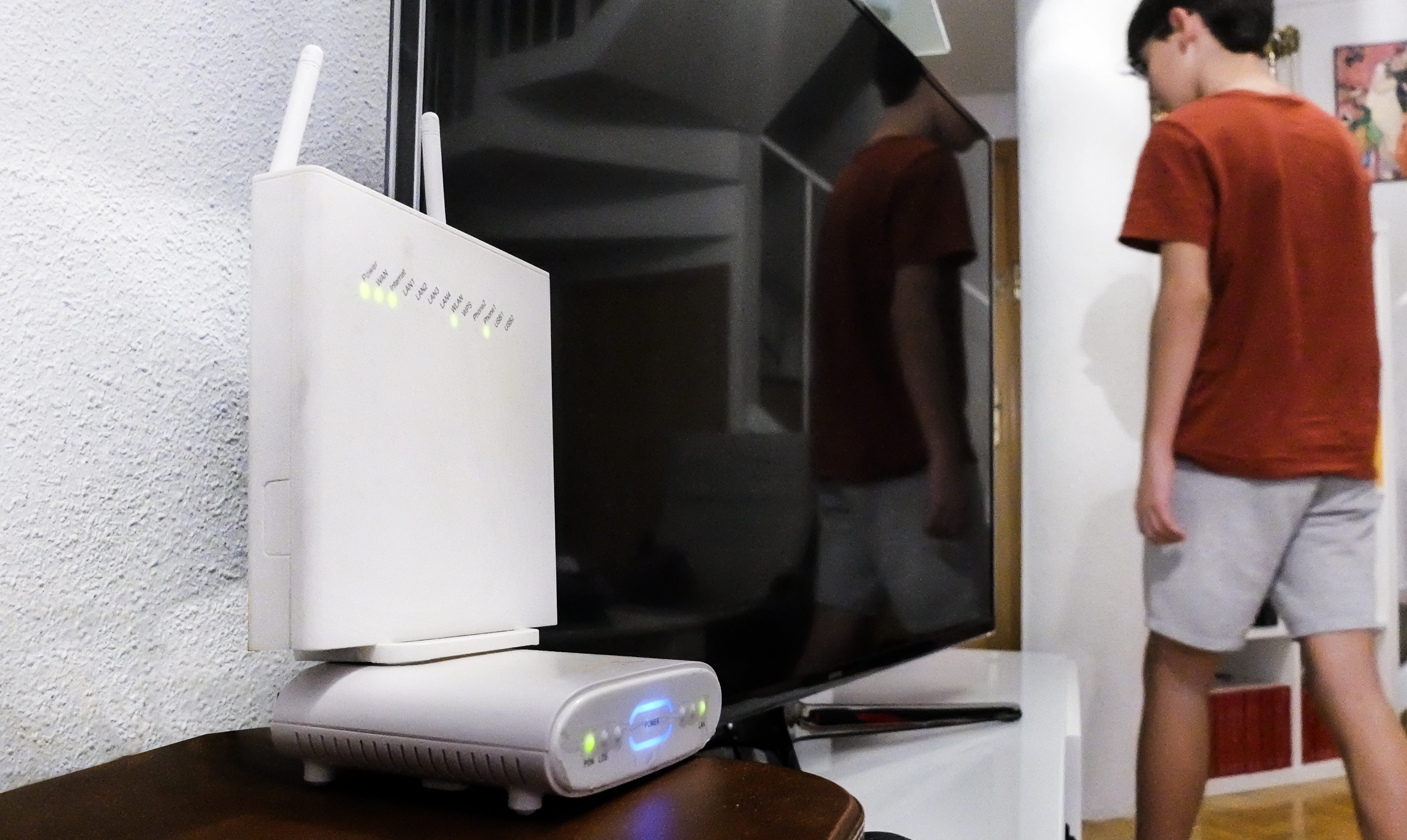 The router is already, in homes, as essential as the television can be for those who have internet and, for the most part, this wireless network is configured at the factory. To broadly summarize the operation of a router, it is a device that emits, indiscriminately and without distinguishing the receiver, a wireless signal that includes the Internet connection.

It is quite an advance of our time, since it allows avoiding cumbersome cables. However, this shoot in the air of its signal has always made it the focus of hackers, since it turns the router into an access point to any device to which it connects. How can the router at home be shielded in a simple way? We have analyzed with experts what measures can be adopted at the domestic level and they propose the following:

Keep the ‘firmware’ of the router always updated

The router manufacturer AVM recommends that EL PAÍS adopt one of the easiest security measures to apply and that is often ignored by the user: updating your firmware. Hardware manufacturers are always the first to be interested in securing their devices and for this reason they work proactively and reactively to improve the security of their products. These improvements usually come in the form of a patch or update of the firmware (the operating system that moves the router), and in it possible gaps detected are solved.

How to update it? In the routers of the operators, they are usually the ones that launch updates during the night, but in case of doubt, you can force a check of it and update it (both Movistar as Vodafone, have specific instructions on their respective client portals). If the router is not from the operator, you should look at the instructions to see how to carry out the update.

Routers are bought en masse by operators and distributed with a password, which gives access to their menu, set by default. This can be exploited by hackers to connect remotely and modify the router’s settings, granting access to all connected devices. “In order to shield the router at home and thus avoid intruders on your network, the recommendation is to change the default password,” explains Federico Dios, from Akamai Technologies.

Use a guest network

Not everyone is aware of this, but when a house guest is given the home Wi-Fi keys, they are indirectly being given access to two elements to take into account: the devices that connect to the network and the files to be downloaded. That is, a hacker can introduce malware into guest devices that is later installed on the network owner’s computers. How is the network shielded against this eventuality?

Routers have a feature that establishes an impassable wall between devices and internal and external traffic: it is the guest network. It is an additional Wi-Fi network (with its own SSID), which is oblivious to the connected devices; this network has a different username and password and the owner of the line can edit it at any time.

Disconnect the router at night

The best way, in any case, to shield the network is to physically eliminate any option to access it. In this case, the drastic measure would consist of unplug the router at night and when it is known for certain that one is going to be away from home for a long period of time (on vacation, for example). The maxim of this practice is evident: an active wireless network is always an open door to the possibility of a hacker acting; if this gate is removed, it is physically impossible for it to act. It is a measure as radical as it is effective, but it requires the inconvenience of creating this habit and getting used to plugging it back in the morning.

An additional layer of security—although, of course, not definitive—is to change wireless network ID, known as SSID (the one that appears when you try to connect to a Wi-Fi network). Why is it important to change the SSID? Because in this way the brand of the router is hidden from cyber attackers, and in this way, the possibility of carrying out an attack. And not just any identifier will work: the WPA encryption that protects the network from hackers is made up, in part, using the SSID, so the more extensive and complex it is, the more sophisticated the key will be. In short, the less information is given to hackers, the more protected the network will be.

Once again, it is a physical barrier that helps reduce the chances of becoming a victim of hackers. We are referring to reducing the range of the wireless signal: routers usually arrive on the market with the maximum power of transmission of the wireless signal and generally, unless the house is very large or there are many walls in between, reducing the signal you get the same performance. By decreasing the signal, its range is reduced and, at the same time, the possibility of someone else connecting, for example, from a car on the street.