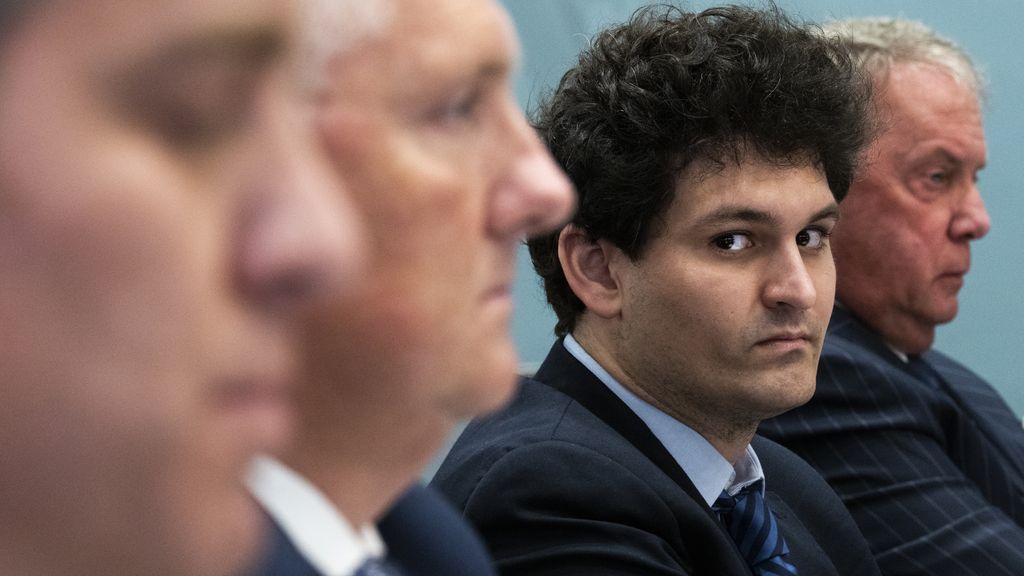 Sam Bankman-Fried has lost everything: his powerful position as the CEO of crypto trading platform FTX, his billion-dollar fortune and his credibility. The company itself has applied for a deferral of payment, saw billions of dollars evaporate, probably has a million creditors and is the subject of several investigations.

New CEO John Ray announced on Thursday that he had found a mess at the company. He said that the financial records are unreliable, that it is unclear how many employees actually work there and that only a fraction of the cryptocurrency that should be there has been found. Responsible for this is his predecessor Bankman-Fried, the man who had surrounded himself with confidants, stars, former politicians and who was supported by important investors in Silicon Valley.

Anyone who meets him on the street would never think that the thirty-something with the big head of curls was previously worth $ 26 billion, an asset that is now completely disappeared. Bankman-Fried usually wears a T-shirt and shorts. That was part of his image of a reliable young entrepreneur, who also often came to Washington to talk about rules for the crypto sector.

“He was crypto’s poster boy, portrayed as a successful entrepreneur. Someone who didn’t care about earthly wealth,” says Peter Slagter, digital currency expert at Bitcoin Alpha newsletter. “In retrospect you think: guys, what a facade it was. I had not anticipated that there was so much rot within the company.”

In May, Bankman-Fried’s world looked very different. His company co-hosted the Crypto Bahamas conference. He was on the archipelago in the company of, for example, former British Prime Minister Tony Blair, former President Bill Clinton, top model Gisele Bündchen and American football player Tom Brady. Bündchen and Brady sat together in an FTX commercial.

Last year, Bankman-Fried signed a 19-year contract for the naming rights of a stadium in Miami worth $135 million. Just hours after FTX filed for bankruptcy last week, the stadium broke off the cooperation. The young billionaire also donated in the run-up to the US midterm elections 37 million dollarsmainly to Democratic candidates.

Bankman-Fried was still on the front cover of the August-September issue of business magazine Fortune, comparing him to one of America’s most successful investors:

Bankman-Frieds FTX was popular with investors. Eighty parties invested $2 billion in FTX in two years, writes The New York Times. At one point, the company was worth $32 billion on paper.

For the well-known venture investor Sequoia Capital – which also invested money in successful companies such as Airbnb, Apple and Google – the fall of FTX is extra painful. In September, the investor published a profile of no less than 14,000 words in which Bankman-Fried was praised. The article has been taken offline, but archived.

Investor Janneke Niessen of CapitalT sees the fact that investors went along with the story of FTX as the result of a perfect storm. “Economic growth has been unstoppable over the past two years, and investors are always afraid to miss out. After all, he fits the image of extreme founders that venture investors in Silicon Valley are always looking for.”

That things sometimes go wrong is part of it, she notes. FTX is by no means the only company where this has happened. “Because choices made by investors often turn out well, they are not really held accountable for those mistakes.”

Penthouse in the Bahamas

Not only is the Bahamas where Bankman-Fried held his crypto conference, but since 2021, the tax haven is also home to FTX and himself. He lives there with a group of confidants in a penthouse with five rooms. The home is now for sale. Bankman-Fried had a relationship with one of these confidants, Caroline Ellison.

Bankman-Fried studied at the leading American technical university MIT. He is a supporter of ‘effective altruism’, a movement that aims to donate money as effectively as possible. Before starting FTX, Bankman-Fried had his own investment fund Alameda Research.

These two companies should be strictly separated from each other: FTX is a platform where others can trade, Alameda Research invests itself. But this is exactly where it went wrong: Bankman-Fried used billions of dollars from clients to fund Alameda Research investments. That money is gone. It involves billions of dollars, which it is highly questionable whether customers will ever see them again.