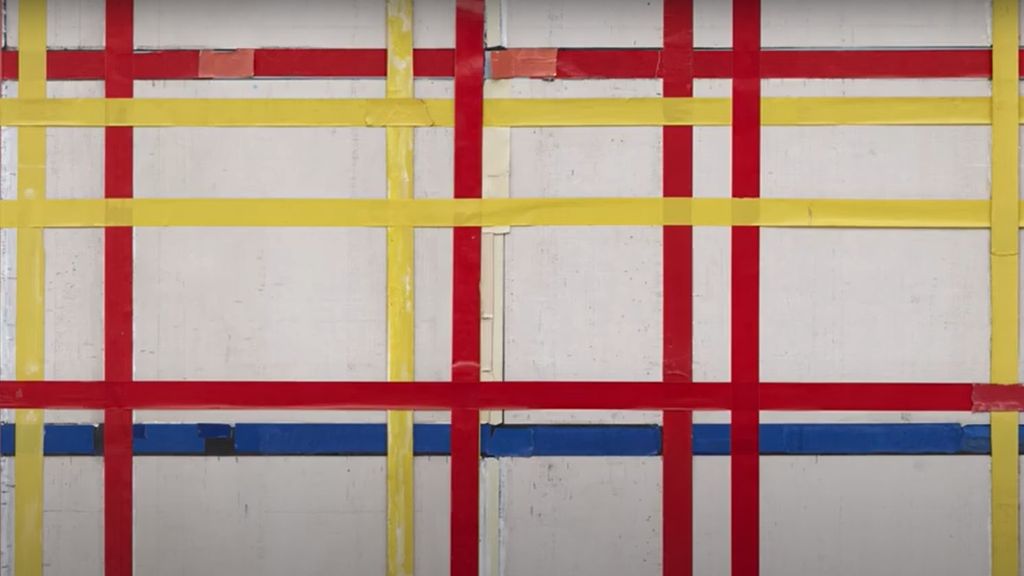 One of the paintings by the Dutch painter Piet Mondrian has decades hung upside down in the Kunstsammlung Nordrhein-Westfalen museum in Düsseldorf. The German museum revealed this at a press conference at the opening of an exhibition in honor of Mondrian’s 150th birthday. The museum added the painting to its collection in 1980.

Curator Susanne Meyer-Büser thinks there are several reasons to believe that the painting hangs incorrectly.

The painting consists of several horizontal and vertical colored strips. In a photo taken in his studio shortly after Mondrian’s death in 1944, the work of art can be seen on an easel. The strips that are closer together are at the top of the painting.

That is also the case with an almost identical painting that hangs in the Center Pompidou in Paris.

In the German museum, the painting has been rotated 180 degrees, so that the stripes that are closer together are at the bottom. The museum has no plans to turn the artwork over now that the flaw has been discovered.

Watch the trailer of the exhibition in which the painting can be seen here: