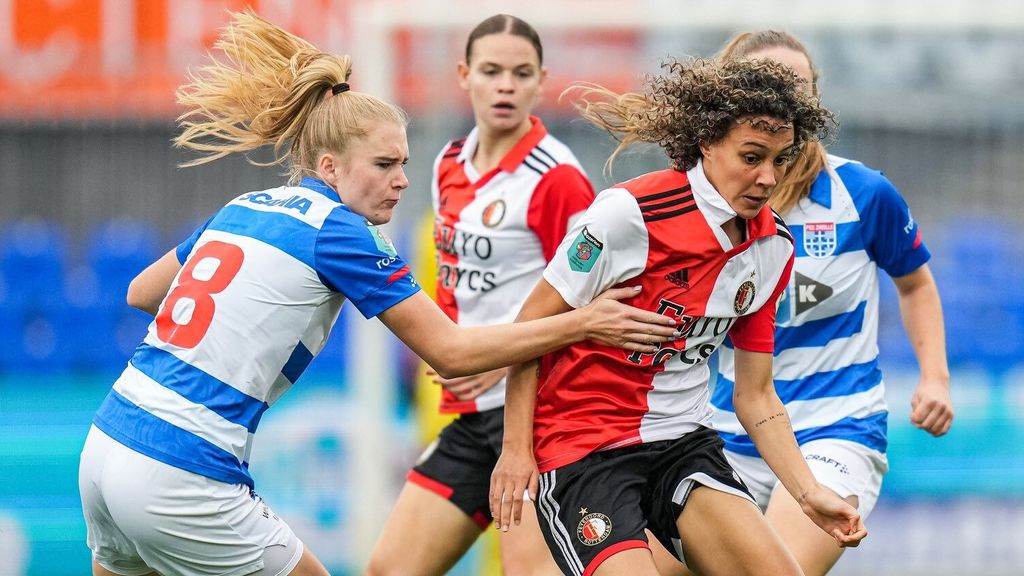 Feyenoord Women has lost points for the first time this season. PEC Zwolle kept the leader in-house on a deserved 0-0.

The draw is a setback for Feyenoord, which has had a clear season so far; the first four league games were won. In addition, the team would have liked to keep the good feeling with a view to the next game. Then direct competitor Ajax will visit Rotterdam. 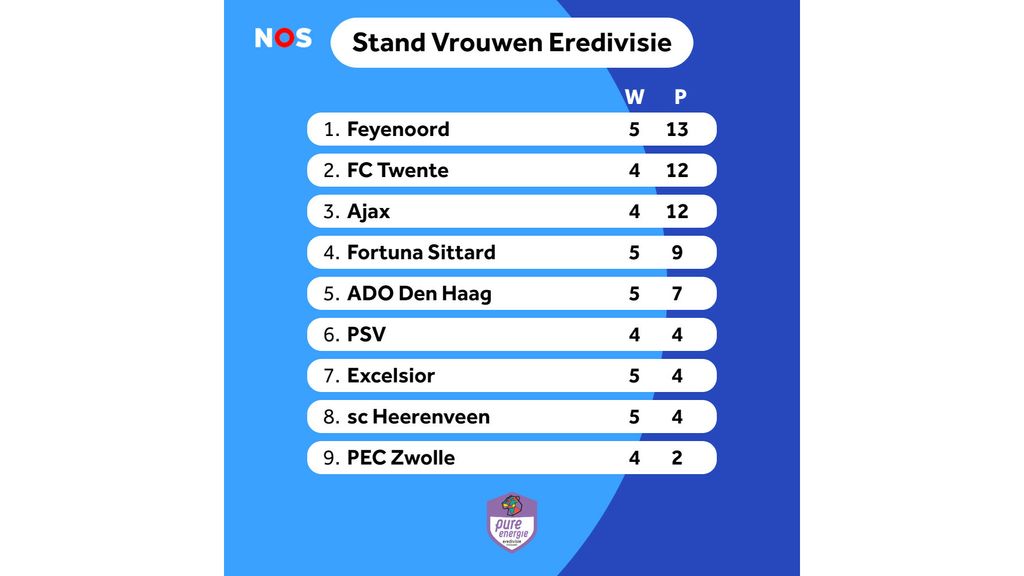 The top-9 in the Women’s Eredivisie

However, a victory over PEC was never really in sight. It was precisely the home team, which had only collected one point this season, that started the game with the best game. Still, the first really big chance was for Feyenoord, but PEC goalkeeper Tess van der Flier was out of her goal quickly enough to keep Sabrine Ellouzi from scoring.

Feyenoord’s game was also unconvincing in the second half. Substitute Pia Rijsdijk cleverly shot against the bar, but otherwise the home team was able to play well under the game of the Rotterdam team. At the same time, PEC also failed to create great opportunities.

Celien Tiemens came closest to a goal for PEC, but her shot went over the goal after a well-played attack.