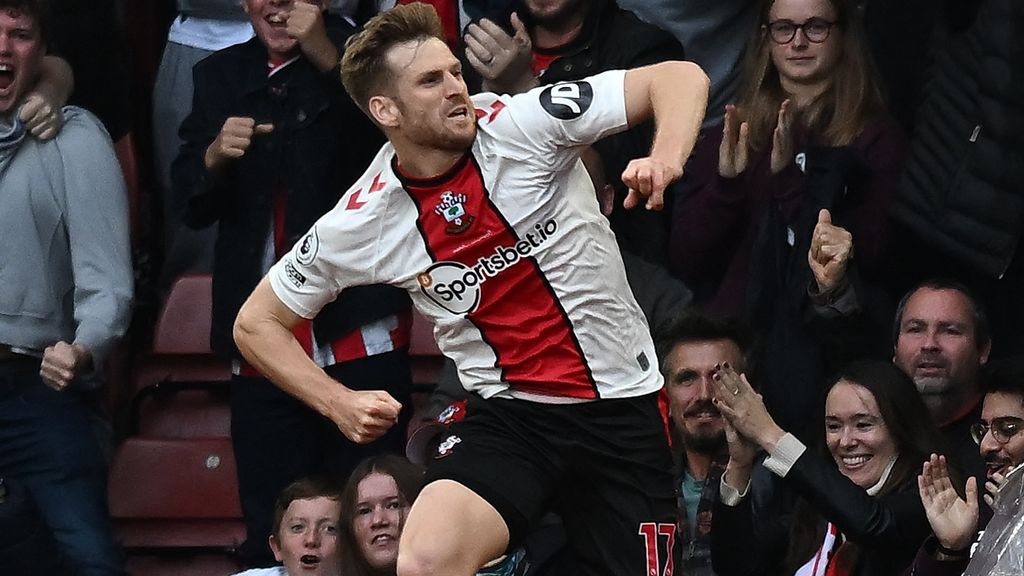 Arsenal have lost two points to low-flyer Southampton in the Premier League title race. The league match, for Arsenal between the two European meetings with PSV, ended in 1-1.

The leader dominated the opening phase with opportunities for Martin Odegaard and Gabriel Martinelli. Granit Xhaka was accurate and chased the ball hard behind goalkeeper Gavin Bazunu. Southampton didn’t put anything in the way of the Londoners after that.

Bezunu saved his club before half-time by blocking a hard shot from Gabriel Jesus. Also in the second half, Gabriel Jesus continued to plague Southampton that now more came out.

With 25 minutes to play, the home side suddenly got back into the game after a goal from Stuart Armstrong. After a clever cross pass from Mohamed Elyounoussi, Armstrong was able to push the ball past Aaron Ramsdale. Odegaard also thought he could score, but his goal was disallowed.

Arsenal are still in the lead, the lead over Manchester City is two points. On Thursday, Mikel Arteta’s team will visit Eindhoven in the group stage of the Europa League. 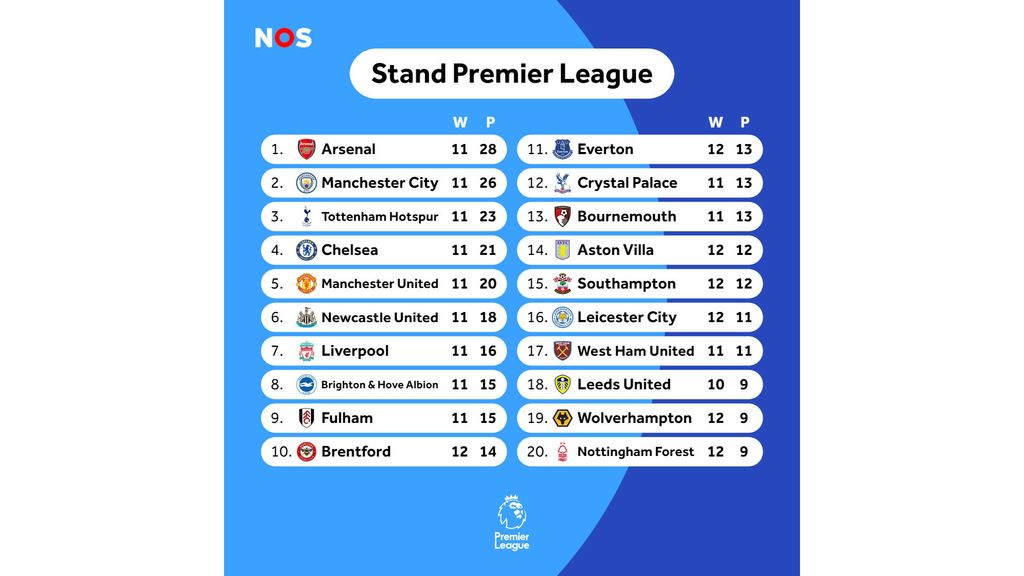 The standings in the Premier League

On Saturday, Liverpool, Wednesday’s opponent of Ajax in the Champions League, lost 1-0 at Nottingham Forrest. Jurgen Klopp’s team has not won a single match in the competition this season.

It is a statistic that may give Ajax supporters some hope towards the meeting in the Johan Cruijff Arena, although Liverpool did settle with the Rangers in Glasgow with a whopping 7-1 in the Champions League.

Liverpool are in eighth place with four wins, four draws and three defeats.

Erik Ten Hag played a 1-1 draw at Chelsea with Manchester United later in the day. Cristiano Ronaldo was disciplinary banned for the game in which both goals were scored after the 87th minute.