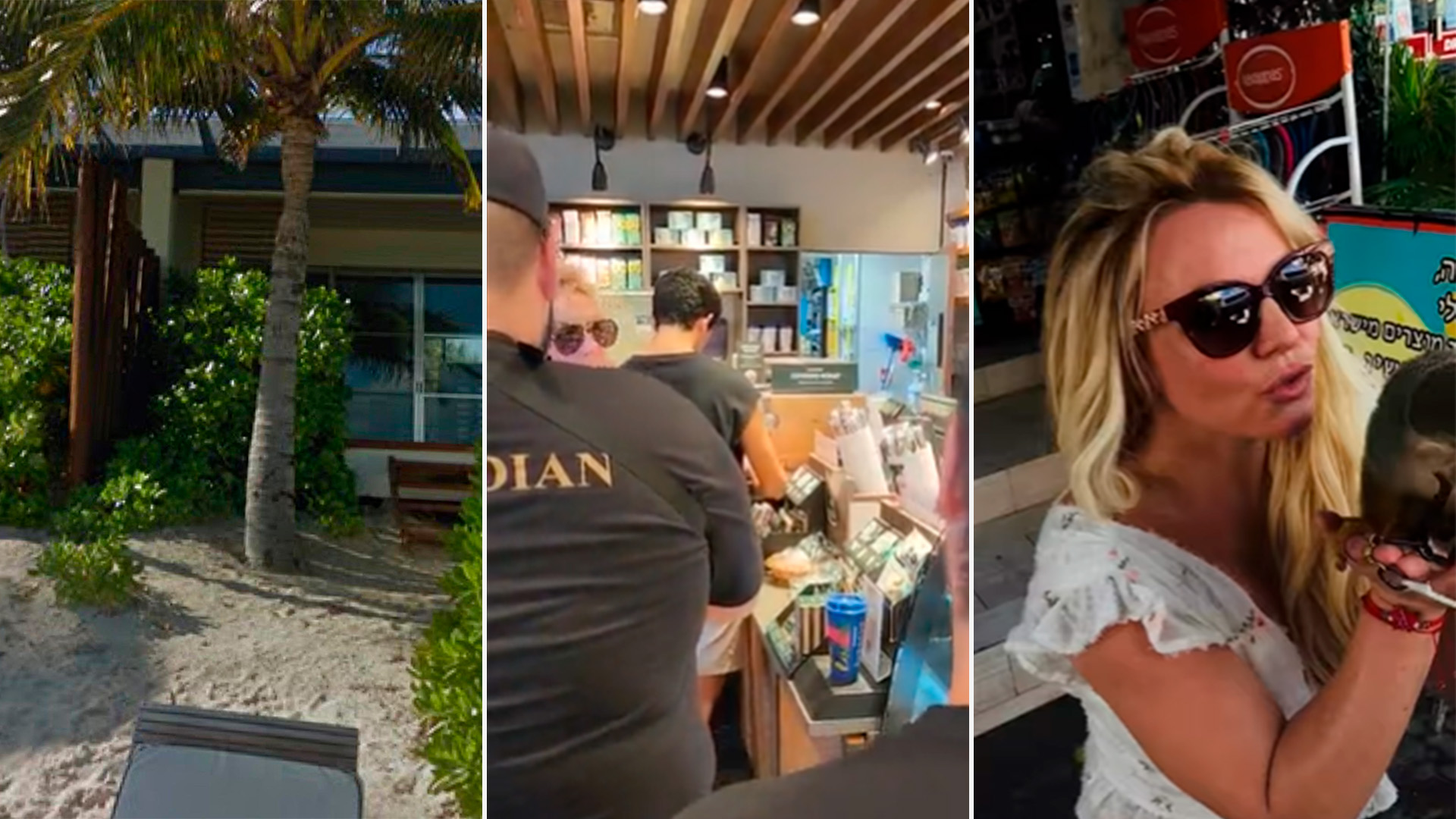 Britney Spears has been walking in Playa del Carmen for almost a week, a tourist site located in the municipality of Solidaridad in Quintana Roo, Mexico.

The singer chose to vacation on Mexican beaches to celebrate a year after her father Jamie Spears’ guardianship ended, which lasted almost 14 years. As an act of celebration, she was seen without clothes on the white sand.

This is how she shared it with her almost 50 million followers on Instagram: “It’s been almost a year since I became a free woman,” she wrote as a description of the video in which she was seen wearing a flowery blouse and said:

“I’m in Mexico right now and it’s really hot” In the recording he showed that a local inhabitant of Playa del Carmen showed him that he has a pet monkey, which is called Justin Bieber and even gave him a tender kiss.

In another of her posts, Britney showed some local craft businesses, her encounter with Justin Bieber the monkey, her postcards walking in Playa del Carmen and said “Mexico”, as a description of her video, the beloved singer wrote “Wicked place”, which in Spanish means “enchanted place”.

He also uploaded a compilation of images in which he was seen in the streets of Playa del Carmen, days before, the pop singer had already shown how his visit was going, according to various sources, the photos on his Instagram revealed that he would be staying at Rosewood Mayakoba, a hotel that I had already chosen before.

The same day that Britney surprised with a half-naked on Instagram, revealing in the background the beach with white sand characteristic of the Caribbean coast, two young people found her by chance in a cafeteria Starbucks, recorded only a few seconds of his face between two security subjects and shared the video with the user @roberto_palafoxwho made it viral on Twitter:

“I went to the Starbucks where I live in Playa del Carmen and Thursday surprise! I meet Britney Spears! #BritneySpears #PlayaDelCarmen”, the netizen wrote.

Through TikTok, the account @lachismeriamx showed that during one of the singer’s nights on Mexican beaches, the singer got a pleasant surprise with Mexican music. “Britney Spears’s assistant shares a video where they are serenaded by mariachis in Playa del Carmen”, it could be read.

In the recording of just 16 seconds, it was seen that a group of musicians surrounded the singer while she spent an evening in front of a bonfire on the beach.

“I no longer believe in God”: the hard battles of Britney Spears that ended up snatching her children’s love What CDMX and EdoMex locations appear in the video of Britney Spears and Elton John that Claudia Sheinbaum boasted“I’ve been sorry for years! ”: Britney Spears’ mother begged her to forgive her