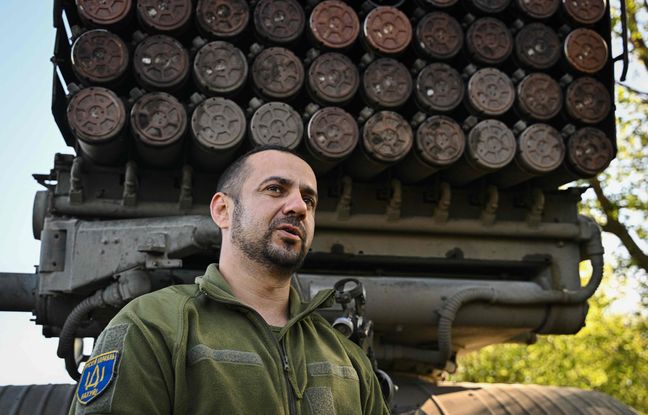 Five hundred square kilometers. This is the area taken over by the Ukrainian army in the south of the country in barely a week, according to Volodymyr Zelensky. The major objective is in sight: Kherson, regional capital of an oblast theoretically annexed by Moscow. Russian forces took the city in the first days of the war, distributed Russian passports to the inhabitants there before organizing a “referendum”, and reconnected it to Crimea.

“It is the largest city taken earlier in the war”, underlines Philippe Migault, director of the European Center for Strategic Analysis, interviewed by 20 Minutes. Dislodging the Russian army installed for eight months would undoubtedly be “an important symbolic success”, he explains, while “neither Sieverodonetsk, nor Lysytchansk, nor any other large city has been recaptured” despite the strong counter-attack. Ukrainian offensive.

Time is against Ukraine

There will be “a resumption sooner or later of Kherson”, estimates Carole Grimaud, geopolitical analyst and specialist in Russia, it is “a question of weeks”, she says to 20 Minutes. “The Ukrainians will want to recover Kherson before the winter,” she says, because the fight “will be much more difficult this winter.” The famous winter in Eastern Europe has decided the fate of many wars, and this one might be no exception.

But at what cost ? “Retaking villages is quite easy, but a big city that is easy to defend is more complicated,” warns Philippe Migault, less optimistic. “The Ukrainians would have to fire on their own city” with “a lot of firepower”, he explains. Moreover, the other large cities occupied by Russia such as Mariupol or Sloviansk have themselves “been taken to a state of ruin”, he recalls. “In the place of the Russians, I would take refuge inside the city”, analyzes the former war correspondent, while stressing that the Russian army is acting “totally illogically” in this conflict.

A nuclear response in the event of the capture of the city?

Volodymyr Zelensky is therefore probably heading for a first seat as an attacker. With potentially “four Himars and ammunition sent from the United States”, recalls Carole Grimaud. “The bridges were blown up, the Ukrainians pushed further and pushed the front line back,” she added. But the strategic advantage is not fully acquired. “Kherson is still more than two kilometers from the front line” and “there are still thousands of Russian soldiers in the region”, maintains Philippe Migault. Having a port, the city could “easily be supplied”, and the mobilized Russians called upon to defend it. In short, Russia can “inflict heavy damage on the Ukrainian army” and will not let go of Kherson easily.

“These are the first gains of the Russian army, a defeat would be terrible for them”, recalls Carole Grimaud. Already criticized by his most militaristic supporters, Vladimir Putin cannot afford to lose Kherson, according to her. Because the city opens the way to Crimea, occupied by Russia since 2014, which had earned the master of the Kremlin a moment of strong popularity. “There is a risk of a real stiffening of Russia, with a much heavier response”, warns Philippe Migault. Enough to make the “nuclear threat” more sensitive and “more dangerous”, warns Carole Grimaud.