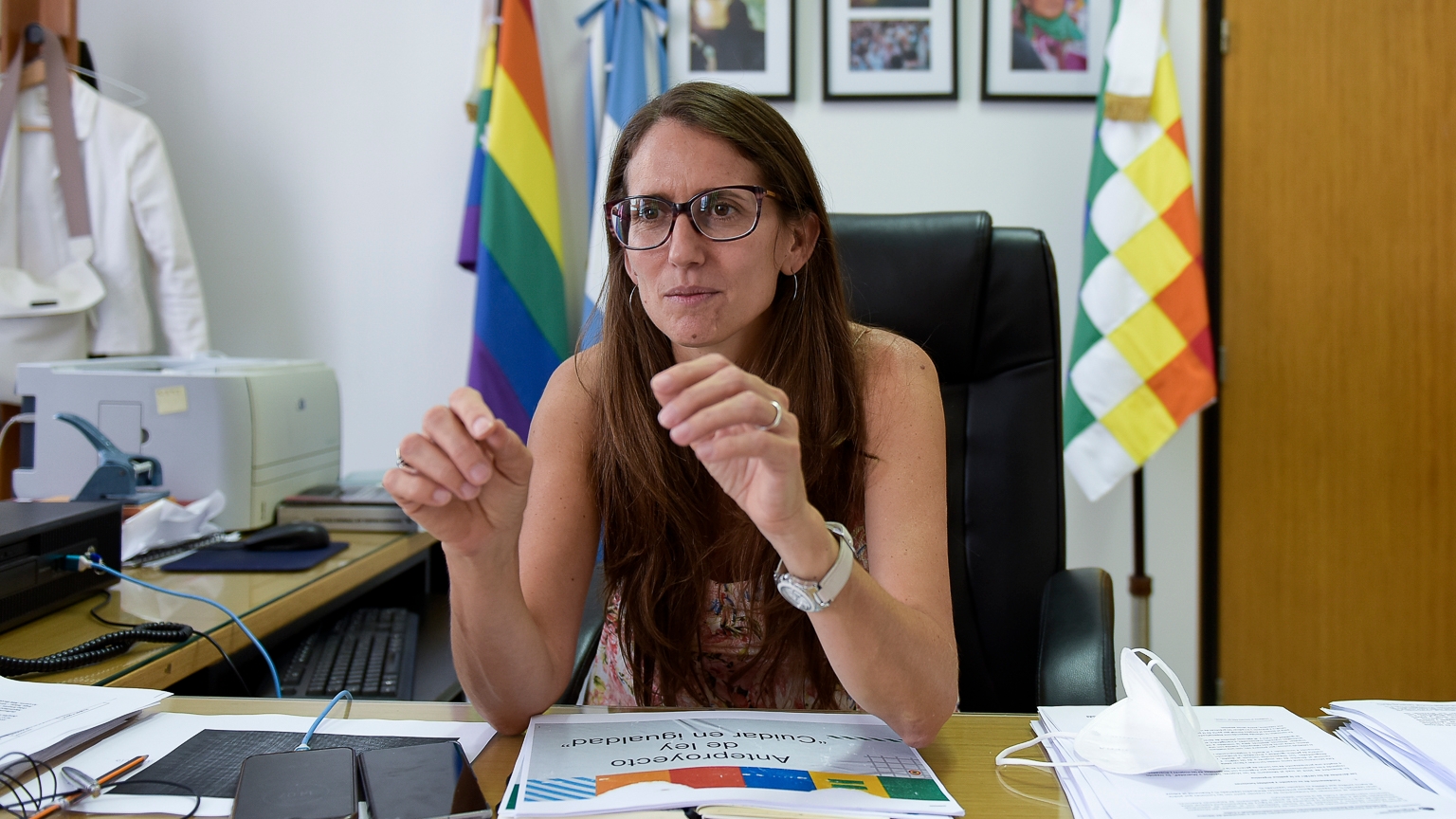 The Minister of Women, Gender and Diversity of the Nation (MMGyD), Elizabeth Gómez Alcorta, presented her “indeclinable” resignation from her position that she assumed in December 2019, after denouncing human rights violations in the eviction operation in the Mapuche community at Villa Mascardi.

Through a letter presented to President Alberto Fernández, with a copy to the Chief of Staff, Juan Manzur, the now former official said that “the publicly known events unleashed in Villa Mascardi due to the eviction ordered against the Lafken Winkul Mapu community, in the that women and children were arrested, with the participation of federal forces, are incompatible with the values ​​that I defend as a political project.”

In the text, Gómez Alcorta expressed himself critically about “the imprisonment, the denial of release for all of them and even more so for a 40-week pregnant woman, the incommunicado detention and the transfer to more than 1,500 kilometers from her place of residence. ”, since “they constitute obvious violations of human rights”. And if he assures that the substitute judge Silvina Domínguez had “direct responsibility” in the eviction instructions, “it deserves a forceful political response from the National Executive.”

“Personally, I feel that with this fact a limit has been transposed, so I must step aside so that another person can take over the important responsibility of being in charge of this Ministry,” he said.

Elizabeth Gómez Alcorta’s decision came just hours after the presidential spokeswoman, Gabriela Cerruti, had denied rumors about changes in the cabinet of ministers and had also highlighted the minister’s intervention on the eviction. Throughout Thursday, Gómez Alcorta had questioned the measures ordered by the judge against the seven women of the Lof Lafken Winkul Mapu, for ordering the arrest and transfer of four of them to the Ezeiza prison, in the midst of the acts of violence in the zone with vandalism attacks to properties of the national State and to private stays.

In this context, the minister presented briefs and legal actions from the MMGyD, after describing the situation as “extremely worrying”, because two of the detainees have newborn children and are nursing mothers, while another is in an advanced pregnancy. Among the different arguments expressed, the lawyer questioned that the people involved had “been incommunicado for 48 hours”, without the right to have a private lawyer, and pointed against the judge for failing to comply with the jurisprudence of the Inter-American Court of Rights (IACHR) on the transfer of persons deprived of their liberty.

A human rights lawyer (UBA), and with a master’s degree in Political Science and Sociology (FLACSO), the feminist activist and leftist militant was the first official in the country to head a Ministry of Women, Gender and Diversity. She had previously been an official of the Judiciary, the Public Prosecutor’s Office and the Ministry of Justice and Human Rights of the Nation and a teacher at the Faculty of Law of the UBA.

In the letter of resignation, which consists of four pages, Gómez Alcorta recognized the “transforming work” carried out by the Government in the area of ​​gender and diversity, with the support of President Alberto Fernández. “Undoubtedly, this government is, through its political will and that of the Vice President, the national administration that allocated the most resources and carried out the most policies to prevent gender-based violence, as well as to assist and protect to those who go through this situation, “he said.

Gómez Alcorta’s letter reveals that during the administration there were points of tension and disagreement. “With the same frankness that has always characterized our bond, I feel the duty to express the reasons that lead to my departure,” says the text. “Our government had to go through exceptional situations, face adverse times and on that path debates arose, which at times were processed in harsh terms and publicly. On each of those occasions I considered that it made sense to continue contributing, humbly, within the plurality of views and the fellow debate”, he continues.

However, the trigger for his departure was the conflict with the groups that identify with the original peoples. The issue touches the former minister closely. Before her landing in public management, she had exercised the legal defense of the leader of Tupac Amaru, Milagro Sala.

“None of the above eliminates everything that has been done by this government in gender and diversity policies to date,” Gómez Alcorta clarifies in the letter, after pointing out their political differences. “Despite the context of the pandemic we are going through, we have built and launched from scratch – together with a unique team of officials and the commitment of each of the workers – the first Ministry of Women, Gender and Diversity in Argentina. A Ministry that is today internationally recognized for the achievements and innovative policies promoted in such a short time”.

In the enumeration of the advances during his administration, he highlighted “the sanction of the law on legal, safe and free abortion, the Law of 1000 days, the Transvestite Labor Inclusion Law; as well as the non-binary DNI decree, the creation of the Accompany Program -which to date has assisted more than 200,000 people who are going through situations of gender violence- and sent to the National Congress the project of the Care in Equality Law, creation of the Comprehensive Care System and equal licenses.

In addition, it indicates the implementation of the “National Action Plan against violence 2020/2022, which ended with 93% of the actions completed”, the “National Plan for Equality in Diversity 2021/2023 and, recently, we presented the new Action Plan against violence 2022/2024, which marks the roadmap of the National Government’s policies on the matter”, among other actions.