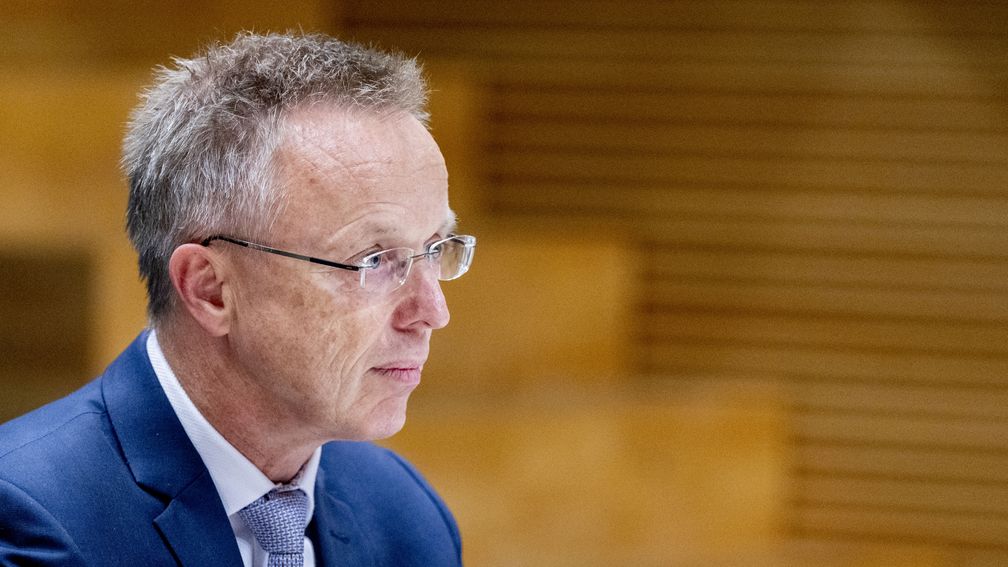 Today, King’s Commissioner René Paas, as the sixtieth witness before the parliamentary committee of inquiry for natural gas extraction in Groningen, gave a harsh judgment on the role of the national government. “Groningen has been mistreated by the State of the Netherlands,” he said. That was after an interrogation of more than two hours, in which he explained how difficult the relationship is between administrators in the north and The Hague.

Paas described his relationship with former Minister of Economic Affairs as “not intimate”. It went better with Kamp’s successor Wiebes, but Paas’s frustration about begging for money and recognition for the province exploded. “We are the province that has made the Netherlands rich. Groningen is entitled to the continued involvement of the government and parliament”. He was referring to the more than 400 billion euros earned from gas from the Groningen soil.

It is striking that Paas aims his arrows at the state and much less at the oil companies that have also earned a lot of money from the extraction of gas. In the past, the anger has focused mainly on Shell and Exxon. It was their subsidiary, the NAM, that pulled the gas. In the early 1990s, it was recognized that the earthquakes were the result of this.

The fact that the anger is now focused more on The Hague may be because the interrogations reveal a lot about the involvement of the Ministry of Economic Affairs in the management of the Groningen field. Civil servants have worked closely with the multinationals for many years and have not always had the interests of Groningers in mind.

Incidentally, it was not only the Ministry of Economic Affairs that gave priority to commercial interests. For example, Sandor Gaastra, director-general of Climate and Energy of that department, said earlier that Minister Wiebes also needed financial arguments in 2018 to turn off the gas tap in Groningen. The safety of Groningers was not the decisive argument for obtaining permission from the rest of the cabinet.

During the interrogations, yesterday, by CEO Marjan van Loon of Shell Netherlands and today by Production Director Rolf de Jong of Exxon Netherlands, it appeared that after 2017 the oil companies had left control to the State.

That had everything to do with an imminent criminal case about endangering people from Groningen through gas extraction. At the beginning of 2017, the court in Arnhem requested a criminal investigation into the NAM in connection with the consequences of the earthquakes for the people of Groningen.

“That statement was shocking,” De Jong said today. De Jong and also Van Loon told the committee that a field elsewhere in the world will be closed if the situation is unsafe. But because of the dependence of the Netherlands on Groningen gas, they saw that this was not an option. After that ruling, the oil companies only wanted to continue extracting gas if the State obliged them to do so.

Prior to the decision of the court in Arnhem, the oil companies, together with the Ministry of Economic Affairs, took decisions about gas extraction in Groningen. From the start of gas extraction, the joint assignment in this public-private partnership was to earn as much money as possible from Groningen gas.

With a view to the criminal investigation and their legal liability, the oil companies sent their top bosses to Prime Minister Rutte. It eventually led to an outline agreement in which the phasing out of gas production was regulated, but also the liability of Shell and Exxon.

On Monday, Wiebes and Wopke Hoekstra will have their say. The latter was Minister of Finance when it was decided to stop the gas drilling.