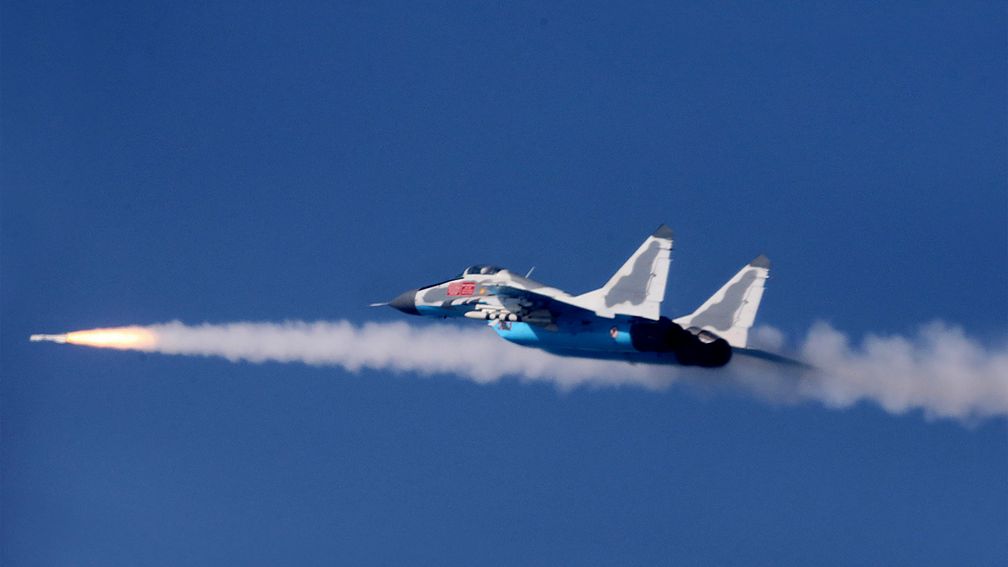 North Korea has conducted target practice with fighter jets along the South Korean border. That’s what the authorities in Seoul say. South Korea responded by sending 30 fighter jets to the border area of ​​its own.

North Korea deployed eight fighter jets and four bombers in the exercise. It is “highly unusual” for North Korea to hold such a fighter jet exercise close to the border, writes AP news agency.

There was no confrontation between the planes of the two countries, the South Korean army says. It has not been reported how close to the border the North Korean exercise was held.

The most closed country in the world continues to threaten with nuclear attacks. You can read more about it at NPO Knowledge.

North Korea has conducted several ballistic missile tests in recent weeks. At least six rockets were fired in the direction of Japan in a two-week period. Yesterday, two short-range missiles were reportedly launched and landed in the Sea of ​​Japan.

Early this week, Pyongyang fired a long-range missile over Japanese territory. The projectile reached an altitude of 1000 kilometers and ended up in the Pacific Ocean 3000 kilometers off the coast.

Conviction by Japan and US

The North Korean tests are said to be a response to joint military exercises by South Korea, Japan and the United States.

North Korea’s exercises have been strongly condemned by Japan and the US. “This should absolutely not be tolerated,” said Japanese Prime Minister Kishida. America warned that Pyongyang will become further isolated if it continues with the tests.

North Korea, in turn, condemns the presence of the Americans, who have an aircraft carrier in South Korean waters.