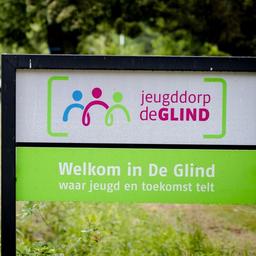 Dozens of former foster children say they have been physically or mentally abused in the Gelderse Jeugddorp de Glind. Six of them also talk about sexual abuse. This is shown on Thursday from research by Broadcasting Gelderland. Many reports date from the eighties and nineties, but there have also been complaints about the youth village more recently.

The broadcaster spoke to forty former foster children who all wish to remain anonymous. 29 of them indicate that they have been abused in their foster family. Most who told their story lived in De Glind between 1984 and 2000, but there are also recent complaints.

Some say that their foster parent(s) were often heavy-handed, they would have been kicked and beaten, sometimes “to the point of bleeding”. Others speak of sexually transgressive behavior and six of them of sexual abuse. Several reports were received by the management of the Glind, but almost never a report was made.

The foster parent(s) were approached several times by the management, but nothing further was done about it. In most cases, the foster parents could remain in the foster family or continue to work as carers or therapists.

Youth village de Glind is a village in Gelderland where 120 children placed out of their homes can be cared for in family homes. The former foster children say that there was an ‘us-knows-us culture’ and that they could not trust anyone. They felt unsafe and not heard, reports the broadcaster.

Pluryn, the care provider in De Glind, says in a response that it does not know what happened in the 1990s. The healthcare provider regrets the situation and is “very sorry” that the children have not felt heard. Pluryn has set up a special hotline where the (former) residents can tell their story.

The Pluryn spokesperson cannot yet say whether this will lead to new investigations. “We listen and see what we can do for the foster children. I cannot say yet what it will mean for family home parents who were involved at the time,” said the spokesperson.