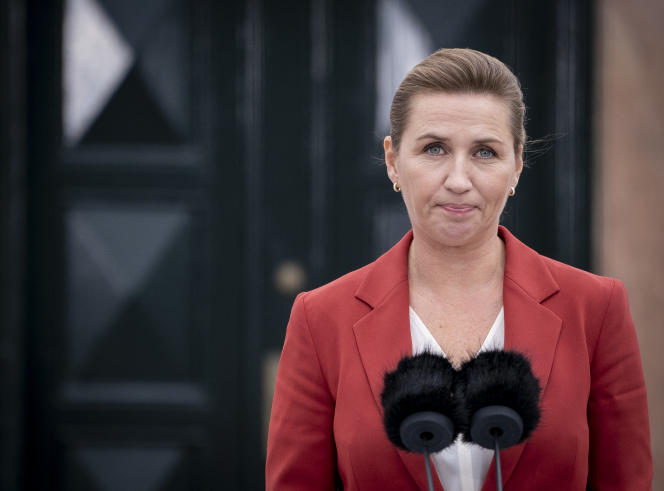 Cornered, the Danish Prime Minister, Mette Frederiksen, had no choice. Her allies in Parliament, the social-liberals (Radikale Venstre), threatened her with a vote of no confidence this Thursday, October 6, if she did not call general elections before. Avoiding this humiliation, the leader of the Social Democrats announced on Wednesday that the ballot would take place on November 1, thus kicking off a flash campaign, in a particularly tense domestic and geopolitical context.

In Denmark, outgoing prime ministers have an advantage: they decide when voters will be called to the polls, provided it is within four years of the last election. In May 2019, the liberal Lars Lokke Rasmussen, at the head of the government since 2015, had taken advantage of the hospitalization of Ms. Frederiksen to launch the electoral campaign. Suffering from severe gastroenteritis, she had missed the first major televised debate, which traditionally brings together party leaders, the very evening of the convocation of voters.

Read also: Article reserved for our subscribers Explosions targeting the Nord Stream 1 and 2 gas pipelines: the privileged track of sabotage

This time again, Mette Frederiksen would probably have preferred to wait. Her mandate was due to end in June 2023. But she had a “gun to her head”, sums up political scientist Martin Vinæs Larsen. The boss of the Social Democrats admitted that the timing was far from ideal. In Denmark, discontent is rising in the face of inflation at its highest level for forty years. The economic crisis threatens. And, since September 26, the Scandinavian kingdom has been facing an unprecedented situation, after the explosions on the Nord Stream gas pipelines, located in its exclusive economic zone, off the island of Bornholm.

Mink Board of Inquiry

Ms. Frederiksen was not taken by surprise, however. The leader of the social-liberal party, Sofie Carsten Nilesen, presented her ultimatum this summer, on July 2. “A new start is necessary”, she wrote then, in a message on Facebook, arguing about the polarization on the political scene, after the publication, four days earlier, of the 1,600-page report of the commission of inquiry into the minks.

For almost a year, a judge, a law professor and two lawyers questioned about a hundred people, including the Prime Minister, members of her government and her cabinet. The objective: to establish responsibilities for the decision which led Mette Frederiksen, on November 4, 2020, to decree the slaughter of the entire Danish mink herd, i.e. more than 15 million animals, in order to avoid the spread of a variant of SARS-CoV-2 observed in these mammals.

You have 50.46% of this article left to read. The following is for subscribers only.