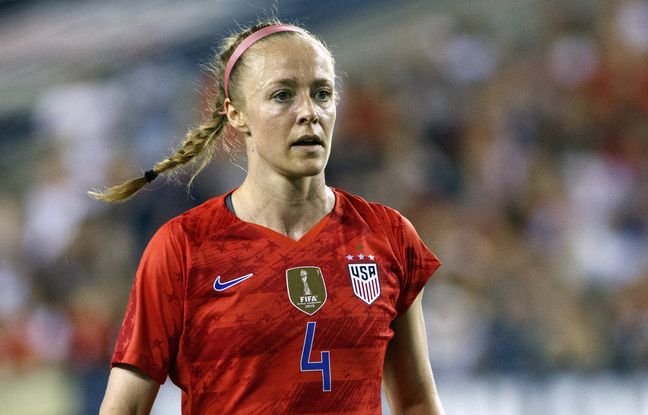 Even if they did not participate in the facts, the leaders of women’s football who have remained silent in cases of assault and sexual abuse must go. This is the position defended on Tuesday by the captain of the United States team, Becky Sauerbrunnduring a videoconference from London, where the American selection must face England on Friday in a friendly.

The players are “horrified and heartbroken”, the 37-year-old two-time world champion said the day after the findings of the independent investigation led by former US Attorney General Sally were released. Yates.

This 172-page report includes interviews with more than 200 North American League players (NWSL) and describes in detail the abuse committed by several coaches, manipulation, bullying and retaliation against female players. Facts that include “comments with a sexual connotation, advances, unwanted touching and forced sexual intercourse” within the professional championship and even beyond, in structures dedicated to young people.

“Every owner, officer, manager of American women’s soccer who has failed in their duty to the players, who failed to protect them, who hid behind legal considerations and did not fully participate in these investigations should be fired. Said Sauerbrunn.

Merritt Paulson, owner of Sauerbrunn club the Portland Thorns, is accused in the Yates report, along with other club officials, of turning a blind eye to abuse by Paul Riley, the team’s former coach. Paulson, who is also the owner of the Men’s League (MLS) franchise Portland Timbers, announced on Tuesday that he is stepping down as manager of the Thorns pending the conclusion of a separate investigation by the NWSL, in conjunction with the players’ union. He was joined by another club owner, that of the Chicago Red Stars, Arnim Whisler, who also announced his retirement.

During the videoconference, Sauerbrunn insisted on the “frustration” of her teammates and herself. “We are exhausted and we are really, really angry. Because it took third party investigation, because it took articles in The Athletic and the Washington Post [qui ont révélé l’affaire]because it took more than 200 people to share their trauma,” she said.

The coach Vlatko Andonovski for his part indicated that he wanted to leave the choice to the players “not to play” on Friday, if they do not feel mentally capable of doing so. “Some need time to think about all this. This is why we allow them to do what they need to overcome this difficult period. »