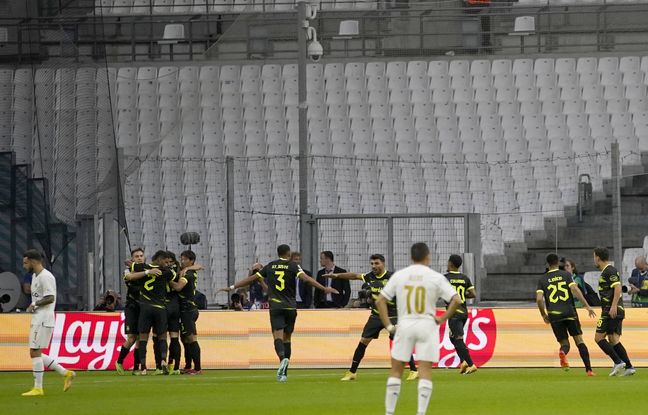 At the Velodrome stadium,

A fake anger but a real delay. The Sporting Portugal players arrived at the Vélodrome stadium on Tuesday for their Champions League match against Olympique de Marseille (4-1). This forced UEFA to postpone the start of the match several times.

“I would like to point out that there were traffic jams. We had prepared the situation well with meetings with OM and UEFA. We followed all the procedures and left our hotel on time. We were stuck, there was nothing to do. I want to point out that we got ready in 45 minutes so there was no reason to complain. OM lacked a bit of humility, as if it was our fault. It was not our fault even if I understand that it was annoying for OM, ”said Sporting coach Ruben Amorim after the match.

“I kinda did it on purpose”

The kick-off of the match was first postponed to 6:55 p.m., before being postponed again to 7 p.m. But at this time, the Amorim players were still not in the hallway. Unlike those of Igor Tudor, and the Croatian giant did not hesitate to put a lot of pressure on them just to press them a little. “We had been waiting for 10 minutes and my players were starting to cool down while they were hot. It’s true that when I saw my players waiting, I got angry. But it was also to wake them up a bit, I must admit that I did it a bit on purpose, ”said Igor Tudor.

The Croatian giant was ultimately more angry with the delegates than UEFA than for the Portuguese delay: “They first told us 6:55 p.m., then 7 p.m. They were two different decisions, which were not fair. These different choices went against my team, ”he regretted. A feeling shared by goalkeeper Pau Lopez, who also points out the difference in treatment with OM’s other matches. “It’s a little weird. We arrived late against Tottenham, also against Frankfurt, but we still played on time. This time we pushed back twice, we waited in the tunnel. It’s not normal to start the game like this,” he said.

Afterwards, we can only give them reason since the Marseillais barely have time to touch the ball, they were surprised behind their defense. In a lag, Léo Balerdi never really returned, and Jordan Veretout let Francisco Trincão quietly roll his ball towards the side net of Pau Lopez. The players had only been on the pitch for 52 seconds before another nightmarish evening loomed for OM in the Champions League.

But Alexis Sanchez (13th) and Amine Harit (16th), who summed up this opener with “a little lack of concentration and it was a goal”, quickly sounded their team’s revolt to reverse the trend. While Sporting goalkeeper and captain Antonio Adan showed us that he was perhaps more stuck at the hotel than in traffic jams, being sent off for a terrible handball outside the box (28th) , after offering the equalizer to Sanchez. “The turning point of the match”, summarized Amorim, without overwhelming his goalkeeper who will therefore not be there for the reception of OM next week in Lisbon.