In this phase, connectivity, support, preventive and corrective maintenance of the first two stages will be covered, 457 cameras will be added to reach 1,800 installed.

The official reported that it took almost a year to investigate what new technologies can be introduced to C4: “See what is useful, what could work, what were the needs. We have worked seriously with C4 to think about day two, what happens after the ribbon cutting; this has to work.”

He added that the system has an optimal operation of 98.5 percent: “It is a good level of service, which is the time that the infrastructure is really operating.”

The C4 will also have 45 next-generation cameras, which provide a number of technological advantages. “For example, there are dual cameras with artificial intelligence.”

This means that the main camera has an additional one that helps it by checking the perimeter to achieve greater effectiveness.

The current administration It is also working on the construction of the new headquarters of the Command Center, which will allow it greater functionality. The project was completed last August and the first stage would be completed in the first months of 2023, with an initial investment of 23 million pesos. The complete building will be ready by the end of next year.

In it there will be a new room for training, analysis, monitoring and a room where the State Prosecutor’s Office can consult the videos.

The official stressed that monitoring needs to be expanded, “because suddenly many things happen on social networks. And sometimes social networks are faster than a person making a report”.

An example of this, he said, is when an emergency occurs on public roads, because although there are many people watching, even recording, they do not report immediately to the authorities.

Thus There will be monitoring of social networks, “so that if something is detected, we are also quick.”

It should be noted that with this technology, 78% of stolen vehicles are recovered.

They highlight effectiveness with intelligent monitoring

“It is a new technology that we went to review and that we liked, where we have already begun to analyze other kinds of advances. The facial is coming… a new technology based on behaviors is coming”, explained the General Director of Government Innovation of Tlajomulco.

The director clarified that there will be people who are at those points because they work in businesses, “but we are going to learn why the operators are going to say that this person is normally there.”

With this behavior analysis technology, teams will be able to observe patterns and detect anomalies when the target makes movements that are not normal or usual, and subsequently send an alert for review.

“This intelligence is making us more effective. Today, the operators of the C4 are policemen chosen for their intelligence capacity, but the video operators are not policemen, we hire gamers”.

The municipal official recalled that gamers have greater skills to handle situations in a very agile way and have outstanding visual acuity: “They notice things that the rest of the people when they already have an hour and a half looking at the camera, it escapes them.”

That visual acuity, plus technology and the contribution of a person who has been in the field and knows criminology, allows us to detect people who are engaging in suspicious behavior, he added. 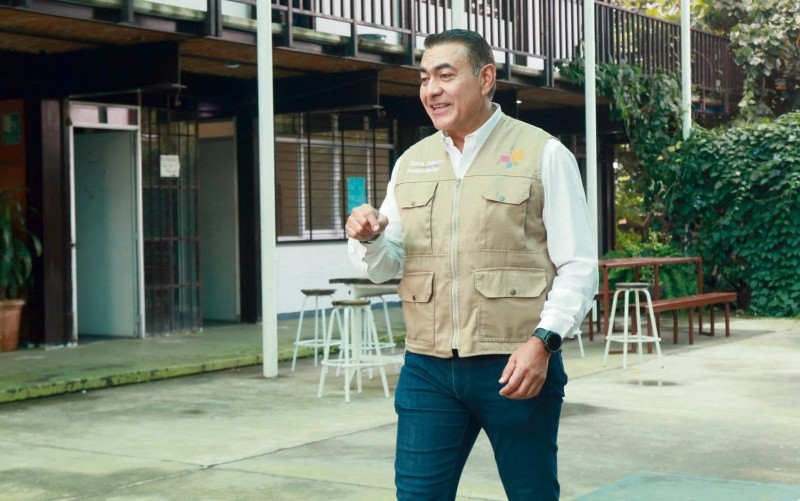 They recover 78% of stolen vehicles

Through the operation of the C4, the City Council of Tlajomulco ensures that a high effectiveness in locating stolen cars has been achieved. “In terms of vehicle recovery we are leaders at the national level”, reported Guillermo Hernández Aguayo, Director General of Government Innovation.

He reported that the recovery of the units is 78%, and they also support the search actions of other municipalities in the Guadalajara Metropolitan Area.

This effectiveness, he clarified, corresponds to the reports that are made in a timely manner: “Not so, sometimes, with cases when it is practically stolen at night, you realize the next day and the vehicle is already in another state, but we are very effective”.

The municipal official acknowledged that organized crime has also evolved and found measures that make monitoring not as effective, which is why the municipality analyzed this situation with the technology provider: “We told him that it would not help us to install license plate readers at points fixed because they learn them and skip them, they surround them, as happens everywhere”.

He explained that they requested a license that would allow them to have mobility and manage it like a chessboard to place the equipment strategically and be more effective in combating some crimes.

There will also be 17 road arches to combat heavy cargo transport theft: “That is reduced to a minimum in the municipality. Entering the municipality is very safe, we have a situation in the limits and towards the Macrolibramiento that is the responsibility of the federal authority, but within the municipality, the margin of recovery is very good”.

To attack the problem of altered and overlapping plates that are placed in units that circulate through the municipality, an improvement was also requested: “New technologies are coming in which we are going to compare what we have in the vehicle registry.”

The director commented that if they see a Jetta with plates that actually belong to a Chevy, the technology will detect it by crossing information with the standard, “we are going to get ahead of it.”

Looking to become a C5

The Command, Control, Communication and Computing Center of Tlajomulco de Zúñiga lacks the coordination to become a C5: “It does not mean that we are not coordinated with the State and the Federation,” clarified the General Director of Government Innovation, but it does There is a lack of a permanent presence of authorities at both levels in the municipality.

He reported that they have already held talks on the subject: “We have worked very hard to achieve this coordination within the center itself. There we do depend on the authorities of the different levels of government.”

Artificial intelligence will be added to this, because they are working with many tools that apply these techniques: “Let’s say that we would be a very advanced center.”

The official assured that with these technological advances, crimes under common law in the municipality have been reduced and there is a reduction in the perception of insecurity.

He considered that people are very involved with the C4 operation: “trust has also been generated in the public, if they dial to make a report, they receive a response. So that citizens feel safer, to the extent that many neighborhoods ask us to install monitoring points in some areas.

He insisted that citizens trust the center that operates the video surveillance system: “It enjoys prestige and has given results. It is a policy that has been sustained throughout three administrations, which is bearing important fruits. That is why the investment in video surveillance is not spared. 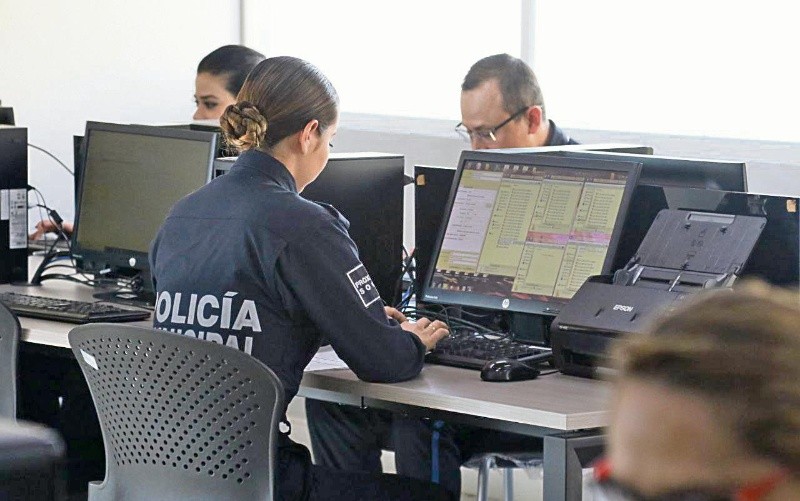 The population of Tlajomulco perceives progress in terms of security. SPECIAL

The most important reduction in the perception of insecurity among the population of the Metropolitan Area of ​​Guadalajara and Puerto Vallarta was recorded in Tlajomulco, according to the National Survey of Urban Public Security, prepared by the National Institute of Statistics and Geography (Inegi).

While in December of last year 72.3% of the inhabitants of Tlajomulco felt insecure, mainly at ATMs located on public highways, public transport and the streets, in the June evaluation they decreased to 61.7 percent.

Mayor Salvador Zamora stressed that coordination between corporations was key in this drop and cited the progress made with the reduction of robberies in the López Mateos corridor, where gangs were dismantled.

The increase in police, patrols and video cameras, as well as the various programs of the City Council, have influenced this.

Among the municipal programs, the municipal president highlighted “Juggling”, which returned to promote the academic, cultural and sports growth of children in sports units in the municipal capital, Chivabarrio, Cuexcomatitlán, San Sebastián, La Alameda, Santa Cruz del Valle, Brotherhood and Tulipanes, among others.