CD Projekt RED is crystal clear about the future of their projects.

Via YouTube and Twitter, the developer of The Witcher and Cyberpunk 2077 makes clear what the plans are for the coming years. Twenty million copies of Cyberpunk 2077 have been sold and The Witcher 3 was no small success either. This ensures enough money in the drawer to get started with the continuation of these franchises, but also to set up a new franchise.

In the video it is discussed that they work with Epic and its engine Unreal 5. This should ensure that the effectiveness of the development will be greater and that you no longer have to expect crappy broken games at launch. What is also said in the video is that the developer himself invests in a healthy working environment for the employees for all their future projects.

The first project they are working on is Sirius. This is a game from The Witcher universe, but will differ from the previous games in that it is also made by The Molasses Flood, which is now part of CD Projekt RED. Perhaps it is a smaller narrative game, but with multiplayer as the main focus anyway. Think, for example, of The Flame in the Flood, also from The Molasses Flood. 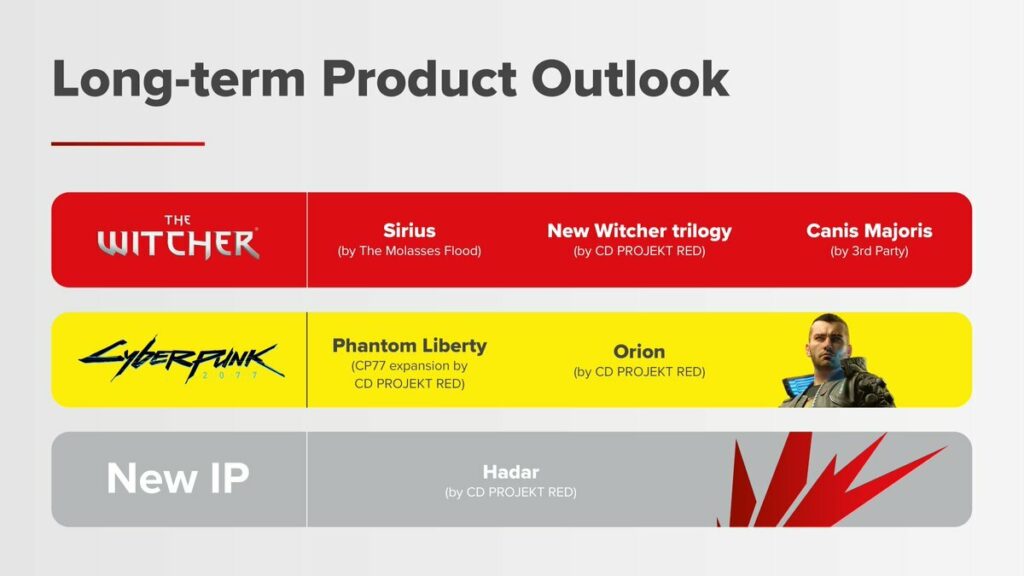 Next up is Polaris and that is the new Witcher trilogy. The trilogy is to be released in its entirety in six years from the launch of the first game in this trilogy. CD Projekt RED also knows that this is quite a big promise, but the second and third games in the trilogy will benefit enormously from the first part technically because the foundation is already largely in place.

Then you have Canis Majoris and that’s another big project made by The Molasses Flood. Perhaps an online multiplayer game that allows CD Projekt RED to expand the Witcher universe indefinitely?

In the middle row you see ”Orion” and as I hear it myself in the video, that game really only comes out in 10 years or so. In any case, there will be a team dedicated to this game and it will serve as a sequel to Cyberpunk 2077 and will then be made entirely in the Unreal 5 engine, so you don’t have to worry about the technology anymore (hopefully).

CD Projekt RED once again emphasizes the huge success of Cyberpunk: Edgerunners, which means that the studio will also continue to invest in new TV series and films that will take their games to new heights. Both in terms of the quality of the productions, but also to attract players to their franchises. 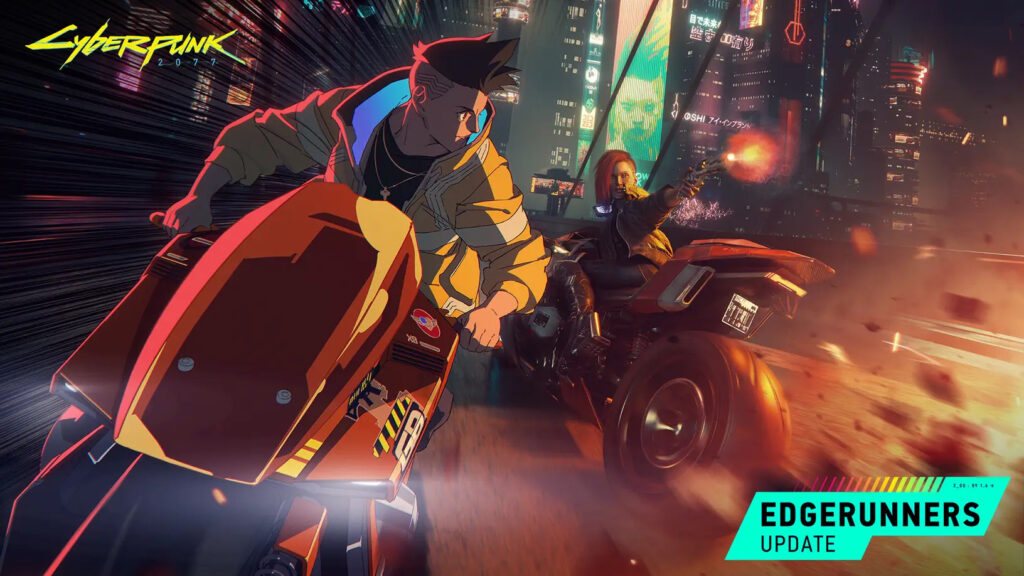 A completely new IP has also been announced with the project name Hadar. There is no game in development yet because they are really still in the early stages of the foundation of the new universe they are making. I expect this game sometime in 2045 or so.

Clarity about the future

In this video, CD Projekt RED is in any case completely transparent about all future projects and clearly indicates that it wants to improve the working environment and of course the technical condition of the games. Because Unreal Engine 5 will be the new engine, the developers expect smooth sailing from here and hopefully we as gamers can squeeze our hands for epic new adventures!