Foreign Minister Marcelo Ebrard ruled out that the Mexican government has contemplated breaking diplomatic relations with Nicaragua, since what will be sought is to act as in the case of Venezuela; that is, to be a facilitator of dialogue in that Central American nation.

Questioned by the senator of the Plural Group, Germán Martínez, about Mexico’s position and actions to protect the human rights of journalists, opponents, religious and the population in general in the face of repression by the government of Daniel Ortega, the head of Foreign Relations , recalled that Last September 21, 2022, the Mexican ambassador to that nation was called for consultation. 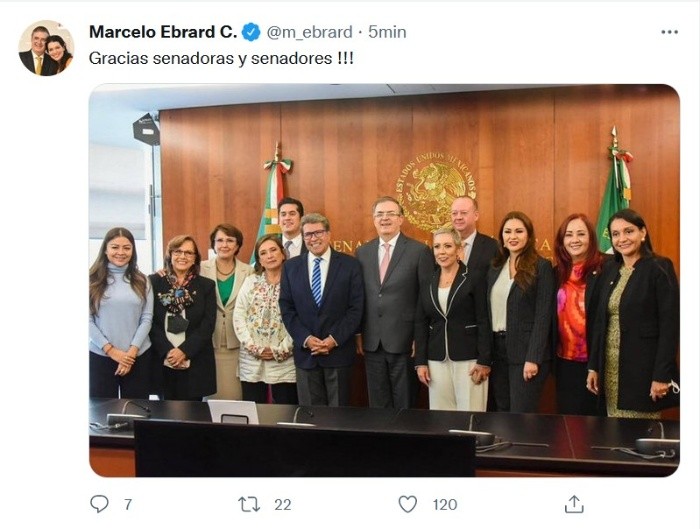 Within the framework of his appearance before the plenary session of the Senate for the Gloss of the IV Government Report, he said that this action of calling his ambassador, which was carried out jointly with Argentina, was to demonstrate the concern of the Mexican government for what is happening in Nicaragua.

However, he clarified that “we do not have the option of breaking off diplomatic relations” and insisted on a policy that facilitates dialogue between the sectors and the government in Nicaragua, as Mexico has done with Venezuela.