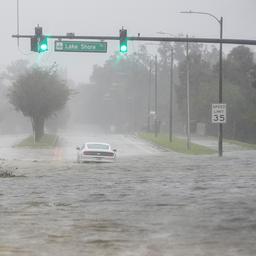 Hurricane Ian brought more than 10 percent extra rain to Florida as a result of global warming. American scientists think so based on research into the hurricane season two years ago. This increase in precipitation has a double cause, and is getting stronger as the climate warms further.

If a category 5 hurricane is approaching, you can board up your windows and hope that your roof can withstand wind speeds of more than 250 kilometers per hour.

But however brutal that force of nature may be, the biggest cause of hurricane damage has yet to follow: water. Due to extremely low air pressure, Ian caused a local tidal wave of 3.6 meters on the west coast of Florida. And inland, flooding followed from heavy torrential rain that carried the remainder of the hurricane from the Gulf of Mexico to Canada.

That rainfall in the wake of Ian is stronger than if a hurricane of the same strength had passed over the climate of the year 1900. That is what researchers from three different American universities deduce from an analysis of the hurricane season of 2020. That research was published in April published in the journal Nature Communications.

When they tried to simulate those hurricanes with climate models, they found that especially the peak precipitation during the storm’s passing is significantly higher in the current warm climate. In the southern US, hurricanes now bring more than 10 percent more rain in the first three hours than in the original cooler climate.

According to the researchers in the US, passing hurricane remnants also bring more rain these days. The precipitation sum for the first three days has increased by about 5 percent. That could be the proverbial straw that breaks the camel’s back: with an increase in precipitation, water damage increases disproportionately.

The main reason is that warmer air can carry more water vapor: 7 percent per degree. That does not offer a conclusive explanation, the researchers say, because the seawater where Atlantic hurricanes are approaching has only warmed 0.8 degrees. That is less than the global average, and can only explain the 5 percent increase in the three-day precipitation sum.

The reason that precipitation increases twice as fast in the first three hours is rising air currents in hurricanes. During the rise of the warm, moist air, an extra large amount of water condenses, releasing energy, causing the airflow to rise even faster. In a warmer climate, this also makes showers more explosive – which in this case explains the other 5 percent increase in precipitation.