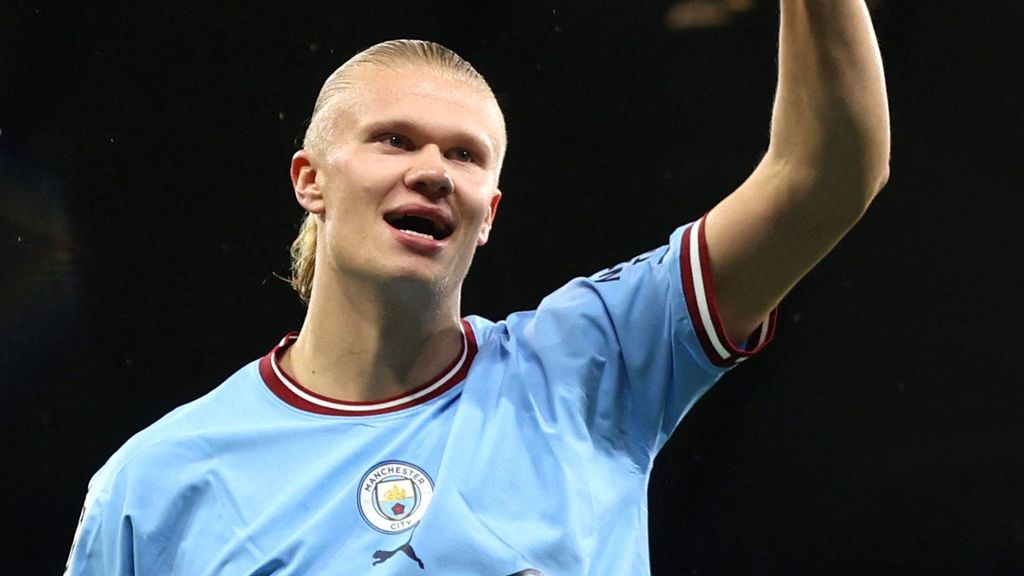 Erling Haaland participated for 45 minutes in the Champions League match between Manchester City and FC Copenhagen (5-0) on Wednesday evening. It was enough for the Norwegian super striker to add two more goals.

In 22 appearances in the Champions League, Haaland has now scored 28 times. Never before has a player managed to reach that number of goals so quickly. Twelve games for City, which bought him from Borussia Dortmund last summer, have already netted Haaland nineteen goals.

The first of the two Haaland goals was already seven minutes behind Copenhagen goalkeeper Kamil Grabara in Manchester. João Cancelo reached Haaland with a sharp cross, after which the Norwegian shot the ball hard.

The home crowd then had to wait 25 minutes for his next goal. When Grabara didn’t handle a long shot from Sergio Gomez well, Haaland was in the right place at the right time as always: 2-0.

View all results and standings of groups E to H in the carousel below. 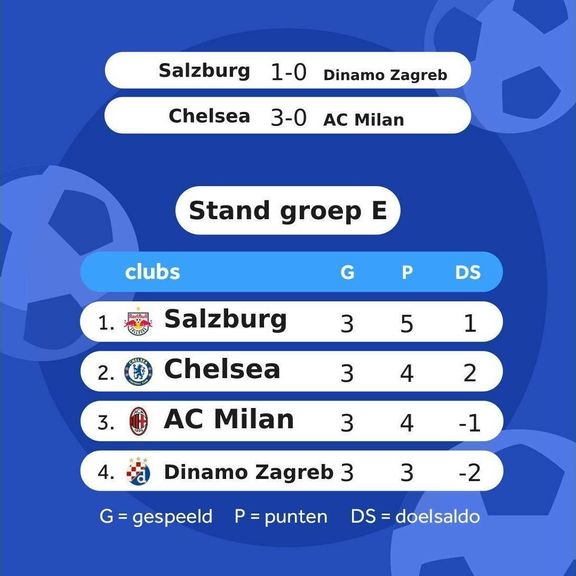 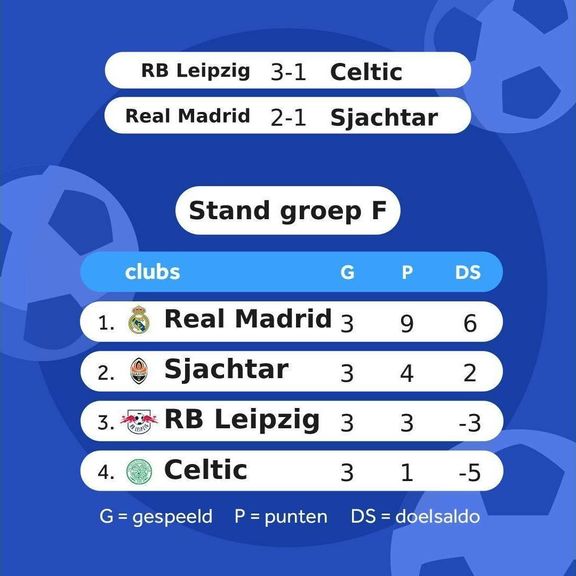 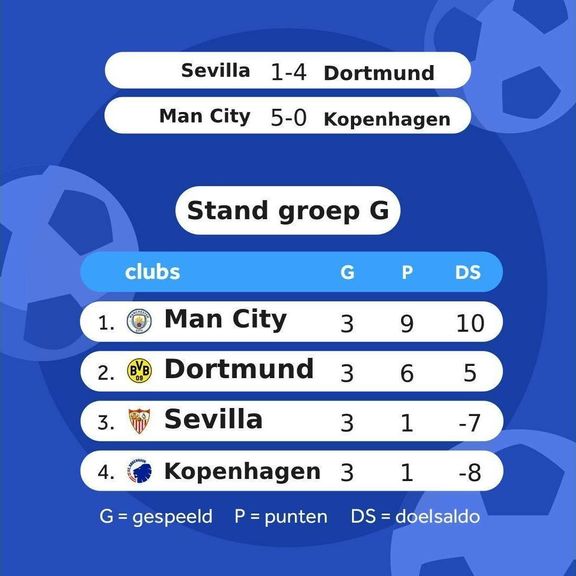 The standings in group G 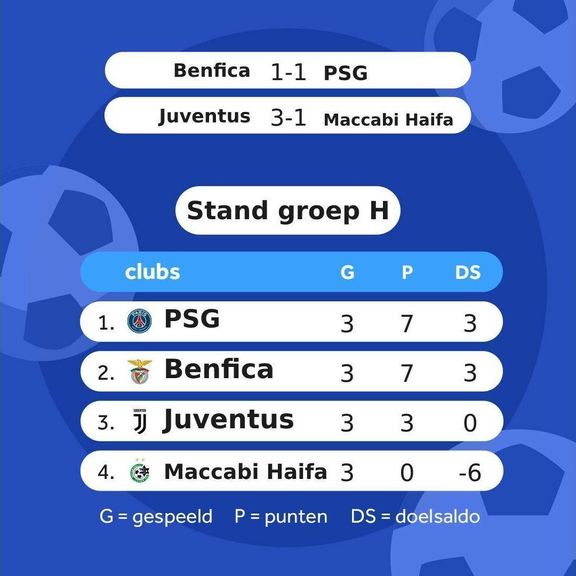 The standings in group H

With City leading 3-0 halfway through an own goal by Davit Khocholava, coach Pep Guardiola seized the opportunity to replace Haaland at halftime. Riyad Mahrez (penalty) and Julian Alvarez determined the final score in the second half at 5-0.

With that simple victory, City is on nine points after three games. Borussia Dortmund, with Donyell Malen as a substitute, was 4-1 too strong for Sevilla in the other match in the group.

250 kilometers south, Chelsea recorded a 3-0 victory over AC Milan. The London team, which had started the group stage moderately with a defeat and a draw, is therefore fully participating in the battle for a place in the eighth finals.

Chelsea now have four points, as many as Milan. RB Salzburg is the leader in group E with five points. The Austrians booked a 1-0 victory earlier in the evening over Dinamo Zagreb, which is at the bottom. 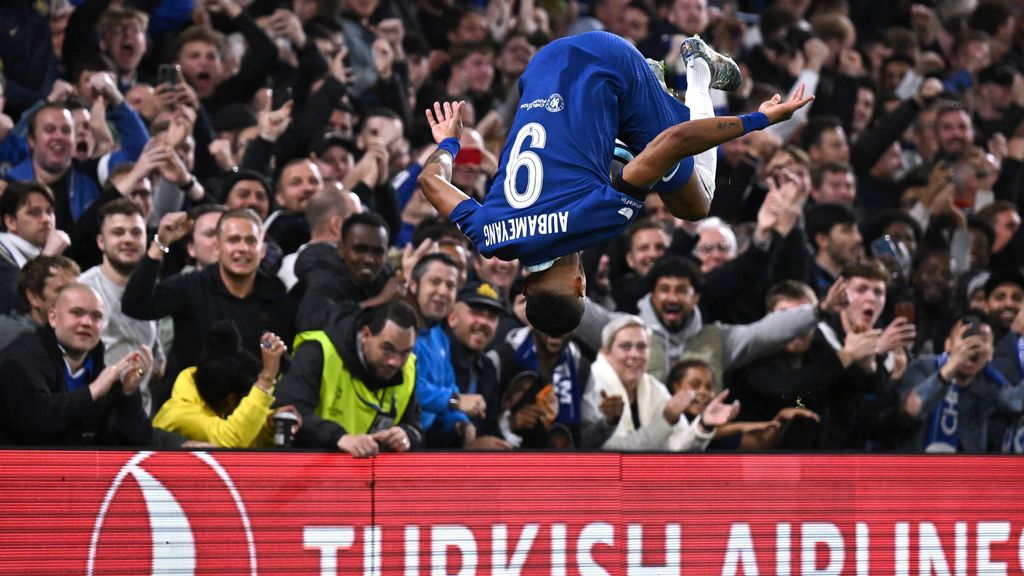 Aubameyang celebrates his goal against AC Milan with a nice somersault

It took a while before the duel between Chelsea and Milan, the numbers five of England and Italy, really got going. The home team had the better of the game from the start, but did not get any further than a nice distance attempt by Mason Mount.

That changed when Wesley Fofana took care of the opening goal halfway through the first half. The young defender got the ball, which had lingered in the Milan penalty area after a corner, and hit the mark.

Although the visitors were close to the equalizer afterwards when Rade Krunic missed from close range, Chelsea went on to take a big win in the second half via Pierre-Emerick Aubameyang and Reece James.

In Lisbon, Lionel Messi stole the old-fashioned show with a beautiful goal on behalf of Paris Saint-Germain. The Argentine star shot his team into the lead against Benfica with a lovely curl, which did manage to draw a draw: 1-1. 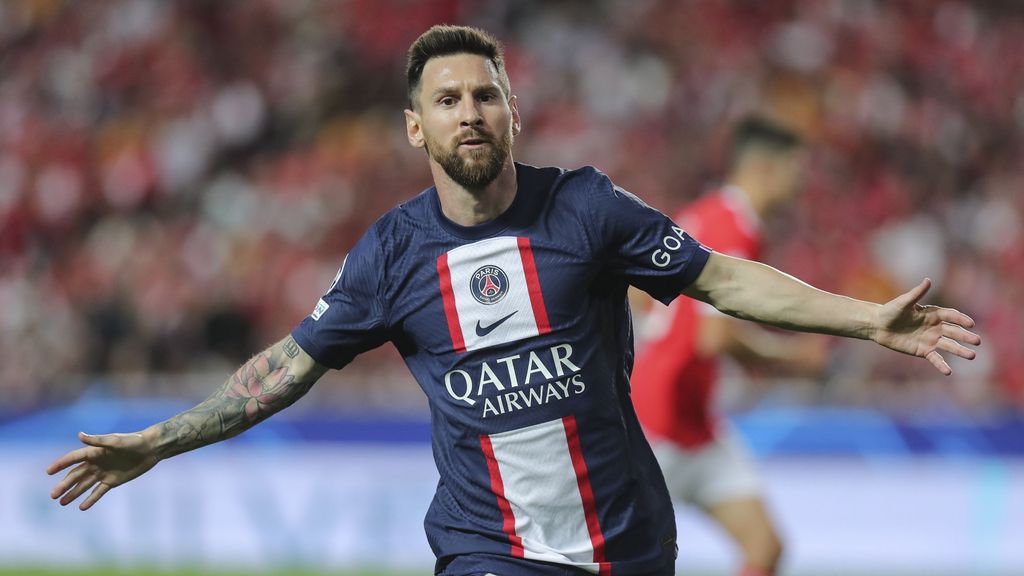 The equalizer came in the name of PSG defender Danilo. Just before half time, the Portuguese failed to clear a cross from Enzo Fernandez, after which he outwitted his own keeper.

In the final phase, Benfica, which is still undefeated after fifteen games under the leadership of former PSV coach Roger Schmidt, still had a great chance of victory. Star player Rafa Silva steamed towards the visitors’ goal, but ran into Gianluigi Donnarumma.