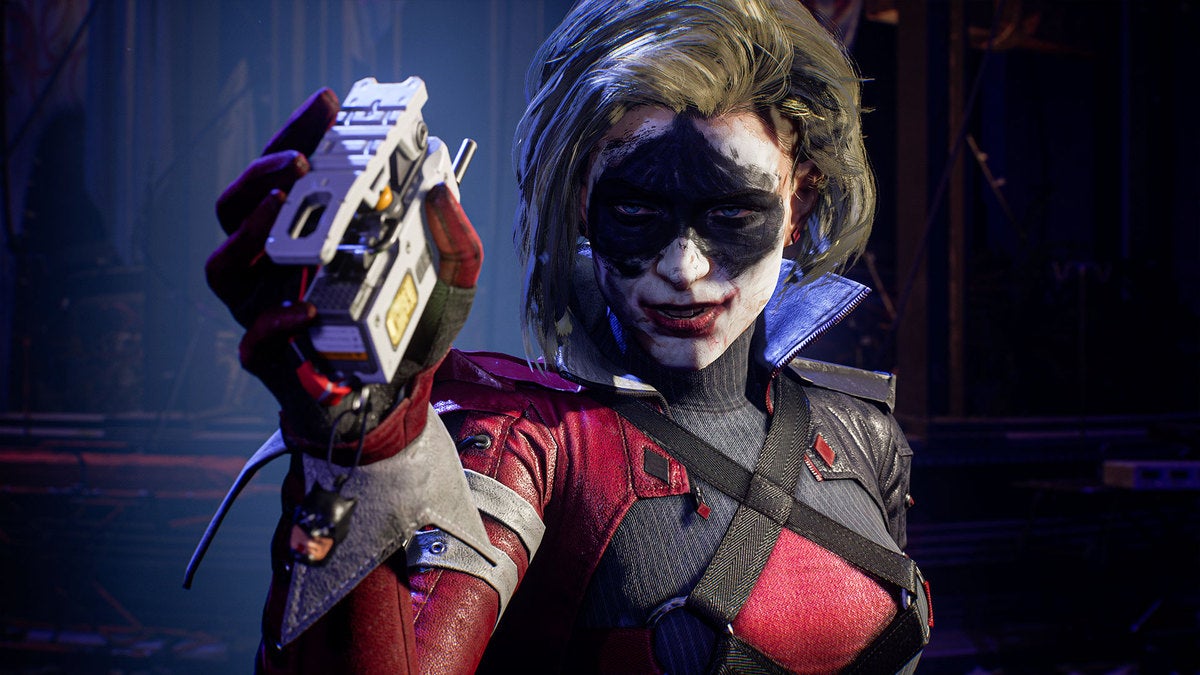 People who have been visiting this website or following me on Twitter for quite a few years now know that my love for Batman and the Arkham games runs deep. As someone who normally plays a game solo, I was really curious to see what it would actually be like. Much of the footage we’ve seen since the announcement showed multiple players at the same time. After playing the game alone for more than 2.5 hours, it has become clearer how this Batman game plays without Batman and solo.

It was in fact raised again by Creative Director Patrick Redding; Batman is dead, but really ‘dead dead’. After the Arkham Knight debacle in which the titular bad guy would be a brand new character and afterwards was ‘just’ Red Hood, I’m still skeptical if Bruce really died. From what I got to see of the story, this appears to be the case for the time being.

Instead, in Gotham Knights, you play with Nightwing, Batgirl, Red Hood and Robin. Who you want to play with is completely up to you and between missions you can simply switch between the heroes. The developers assume that every player has quickly found a favorite that will be renamed the new Dark Knight at the end of the game.

During my session I was able to play missions of the Harley Quinn villain arc with Nightwing, Batgirl and Robin (sorry Red Hood, you’re the first to review). Without spoiling the story, because I have seen too little for this myself, the foursome picks up the thread of an investigation that Batman was doing when he died. This is of course accompanied by the necessary detective work and the puzzles that I was presented with certainly left me wanting more. Combining different parts in a crime scene to find a secret door was done in a refreshing way and I hope there will be enough moments like this.

Although I was able to play the missions once, I do have the feeling that the differences in the mission mainly lie in the conversations you have. The moment I walked to Harley Quinn’s cell with Batgirl, she asked if it was time for their girls’ night out yet. Robin was teased a lot more along the way because of his younger age. In the final game I am therefore curious how big the differences are at the end of the story and whether it is actually worth four replays.

The difference in gameplay between the four heroes is a lot bigger. All four have their own specialty where Nightwing as a former acrobat bounces around fast and nimble, Robin fills up the stealthy gadget branch, Batgirl feels most like the traditional Batman and Red Hood the brute force with a focus on long range attacks. It was noticed that the moves previously done by Batman himself are now subdivided into the four Knights. Considering that all three of them have been students of The Dark Knight, it’s not that crazy. For example, Robin can unlock an ability that allows you to take out enemies from a safe high spot and one of Batgirl’s specials is a flurry of attacks that Batman could previously do after a stun with B/Circle.

Looking at the skill trees I have not yet been able to see how you can make different builds in characters and I have the idea that every player – if all skill points are filled in – has the same character. To bring in another game with a similar system; in Marvel’s Avengers, you could make subtle variations in your hero builds as powers had several branches, only one of which you could select at a time. I could not find such a system here 1-2-3. This progression may come later in the game and wasn’t made available in my preview build yet, but that’s something I’d like to see.

Between the nights of robbery, the four youngsters gather in the Belfry tower, which serves as their home base. Here you can switch between the heroes, practice new skills, but also let the story continue.

The all-seeing eye of Batman

Despite the Dark Knight being apparently dead, that doesn’t mean he isn’t there. All four protégés have their memories with Bruce, which come to the fore in the quieter moments in the Belfry tower. Watching his cowl and remaining pieces of armor put on as a tribute gives them an idea for an upgrade and I saw some emotionally charged cutscenes where the Knights were picking up stories with Alfred.

Fortunately, it’s not all drama and mourning among themselves, as the Knights also have the light-hearted humor they are known for in the comics, and a perfectly timed punk rock version of Livin’ La Vida Loca smiled during a large-scale fight at Blackgate Prison. to conjure up on my face. If you want to do something different than beat up enemies, I already saw an arcade cabinet in the Belfry where you could play the classic Spy Hunter and the menus showed different types of collectibles and sidequests.

One of the things I’m less enthusiastic about is traveling through the world, something that was done very well in the Rocksteady games and also Arkham Origins (the previous Batman game from Warner Bros Montréal). There you could easily launch yourself via the grappling hook and then cover great distances with your cape, or simply get into the Batmobile. Those possibilities are here too; each Knight has its own way of moving through the air and access to the Batcycle, unfortunately both options didn’t feel quite right yet. The engine in particular was disappointing. It makes it appear through graphical effects as if you are driving very fast, but in practice you don’t go much faster than when you run. As a result, I soon found it more fun to glide around with the risk of missing things on the ground.

While the combat largely feels as we know it with the new abilities on top, the flow of combat during my session didn’t feel like it used to. Possibly this was because I played the game via a stream with the necessary latency issues, but also when looking back at my images I sometimes saw my Batgirl smash into nothing while I was really next to an enemy.

I also encountered some graphical imperfections. A good example was a cut scene with Alfred in which he had his wise gray hair, but in a subsequent cut scene pitch black hair and eyebrows. Something that is a bit crazy about the outdated butler. Hopefully this was an older build and these snags have been improved in the final game.

What I’ve been able to play from Gotham Knights so far did indeed feel like a single player experience that the co-op was built around. At no point during these missions did I feel the need to have a second hero running around here. This made me extra curious about the loot gameplay and the development of character builds and to what extent your Knights will differ from those of your friends. For example, during my session I didn’t really have the time to look at the Gear system where pieces of armor have specs and mods to customize your hero and I’m curious what else the different resources I collected can be used for.

Fortunately, we don’t have to wait long because after the release date was recently brought forward, the game will be released on October 21 for Xbox Series X, PlayStation 5 and PC.