Summary of the “Emerging City” Festival, which takes place in the City of Buenos Aires, from October 7 to 9, 2022.

The 15th edition of the Emerging City Festival begins, from October 7 to 9 from 2:00 p.m. Residents and tourists can enjoy the emerging music scene and trends in music, urban culture, visual arts, technology, fashion and design, among other cultural activities. It will be in the woods of Palermo, in a recovered natural and green environment.

This year, the festival proposes to tour and experience the emerging and federal culture in the open air. There will be music, visuals, urban culture, technology, sports, literature, performance, fashion and design, gastronomy, the Emergentito space – with special activities for children – and the new Buenos Aires Green Space. Programming will be available at buenosaires.gob.ar/CiudadEmergente and through BOTI, the virtual assistant for Whatsapp of the City.

The programming of this edition reflects the emerging scene of rock, pop, urban and indie. More than 100 bands will perform on two stages facing each other at the ends of the venue. On the main stages, the closing of each day will be in charge of leading DJs.

In addition, this year, the Emergent went on tour and was present at the ActiVamos events, in the municipality of Tres de Febrero, and in Pinamar Emerge, in the seaside resort. Local bands played at both events and two from each city were selected to perform on one of the stages of the Festival in the City of Buenos Aires. In the case of Tres de Febrero, the bands that will play at the Emergente are Sabot and Paraleia; and from Pinamar, they will play xAlteregOx and Siesta voodoo.

The Urban Culture Space will have freestyle, trap, rap, scratching and breaking, a space full of hip hop culture. In addition, innovative urban sports such as bubble football and quidditch, and alternative sports such as kinball, lacrosse, badminton, cornhhole and jugger, can be played with family or friends or simply enjoyed by professionals. The skate, roller and BMX track will offer the possibility to see and meet experts in action. At night, this will be the space where silent parties will be held and where you can enjoy a performance with luminous skaters. This year, the girls and boys of the FCR Crew, a group formed from the Usina del Arte’s Open Microphone program, participate again in Ciudad Emergente.

For its part, Arte en Barrios, the program that promotes cultural activity through workshops and free artistic activities in vulnerable neighborhoods, will be present with different activities. It will present a percussion caravan led by the GPS group, directed by Santiago Vázquez. With Peluquería Prana they will have a space where hairstyles, colors and urban cuts will be made. And they will present student DJs from the electronic music workshop in the Urban Culture Space. In addition, it will offer a new edition of the Urban Art Meeting in which sixteen urban artists will compete. 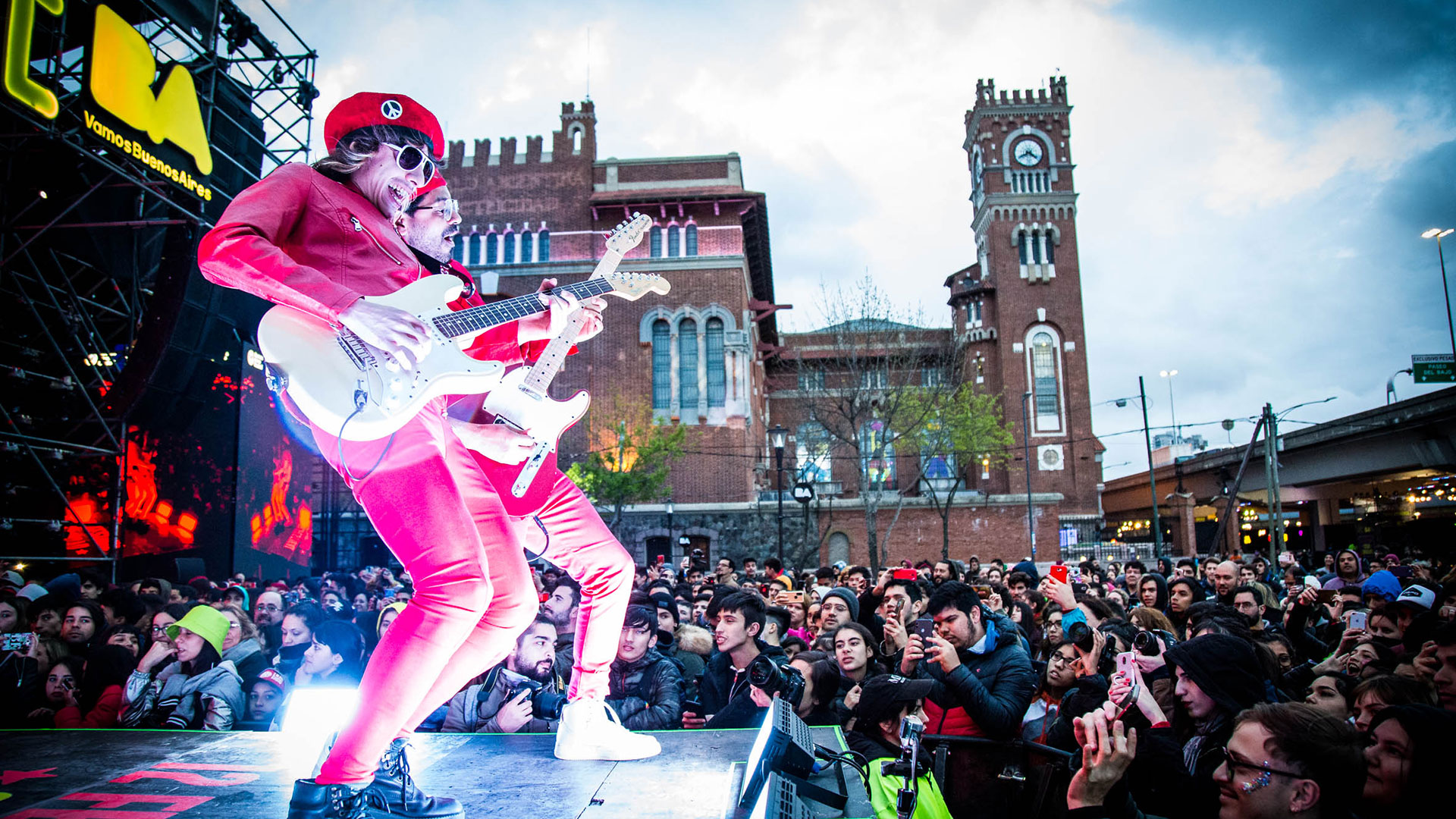 There will be visual arts installations with an aesthetic impact during the day and lighting at night. It will be an opportunity for emerging artists and references in the field of visuals. In addition, different muralists and artists will intervene the waste containers that will be used during the festival.

Emergentito, the space for boys and girls within the festival, comes with a different proposal. For the little ones, shows by the children’s rock bands NiLocos, TaTetí Rock and Los Rockan; and urban dance classes to sing and put the body in motion. Preteens will have urban dance classes and DJ sets with urban music by Emi Campana and Sofía Hervier. The space will be intervened by the visual artist Eye with legs.

In addition, there will be a station to listen to the Usina de Historias podcasts, specially made to bring the little ones closer to the Argentine icons of rock, gastronomy and literature. Stories of María Elena Walsh and stories about the lives of referents of Argentine culture such as Gustavo Cerati, Doña Petrona, Mercedes Sosa, Luca Prodan, Luis Alberto Spinetta, among others.

In the Electronic Music Space, the audiovisual universe, performance and technological innovation will play the emerging DJs Vickilicious, RAP and Lucas Sosa (AR), selected in an open call to the entire country, in addition to other established and emerging DJs. This space will have a musical, visual, lighting imprint and the digital field.

The NFTs will have their space in a digital exhibition presented by Artlab, which is exhibited in Bag (Blockchain Art Gallery): the Latin American crypto art platform created by Argentines where works by different reference creators in this field can be seen. You can also enjoy different immersive experiences using virtual reality glasses.

In addition, on the stage of this space, the DJ NikNak, from the United Kingdom, will be presented, based on the work in conjunction with the British Council, the Circular Cultura program and the AMPLIFY program. 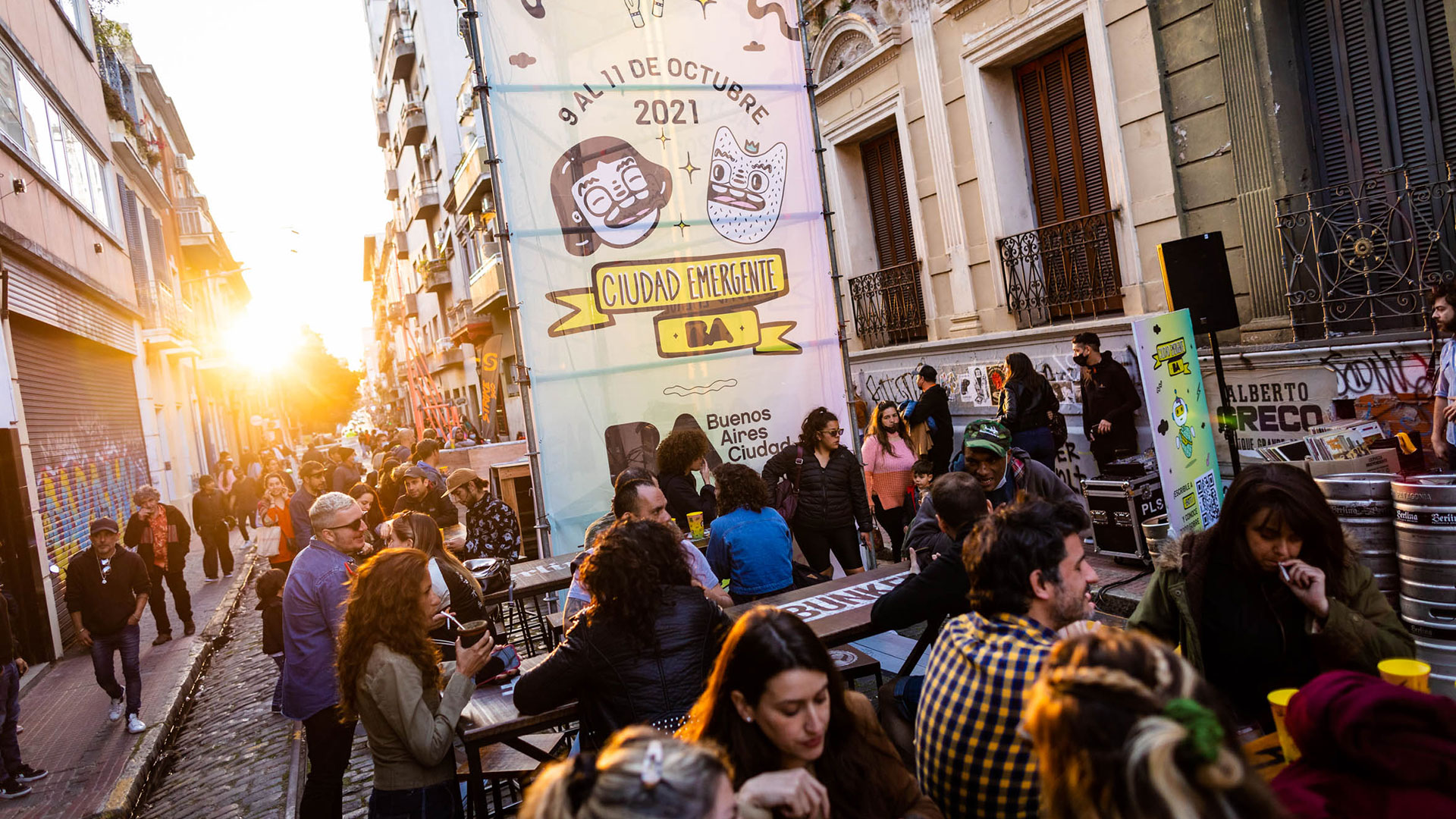 In the gastronomy area you can enjoy different food trucks. This call is made in conjunction with BA Capital Gastronómica, a program that seeks to position the City of Buenos Aires as the gastronomic capital of Latin America and promote economic activity through the gastronomic development of Buenos Aires, from the generation of employment and the promotion of policies sustainable food.

The new Buenos Aires Green Space will be dedicated to the culture and green management of the City. Experiences and activities related to themes such as sustainability, consumption reduction, reuse, recycling, composting and care for the environment can be made visible and experienced. For its part, the Arte en Barrios program will also present a sustainable design workshop to make wallets with recycled canvas from previous cultural events.

The Race to discover the Forests of Palermo, which aims to discover and visit spaces that are icons in the area, there will be an activity to overcome challenges and solve questions and riddles through an interactive conversation with BOTI. The ten teams with the most points will win.

In conjunction with Transporte BA, activities will be designed to encourage arrival at the festival by bike, promoting care for the environment and sustainable mobility, and the venue will have safe spaces for storage. There will be bike rides set to music by DJ Bad Boy Orange. The artist Clara Wall will intervene helmets that will be raffled, and the influencer Miranda Lorenzo will tour the venue on a bicycle that she herself has intervened and present different outfits of her creation. Transporte BA will present the activity Leave your little wheels for the little ones, to learn to ride a bicycle. 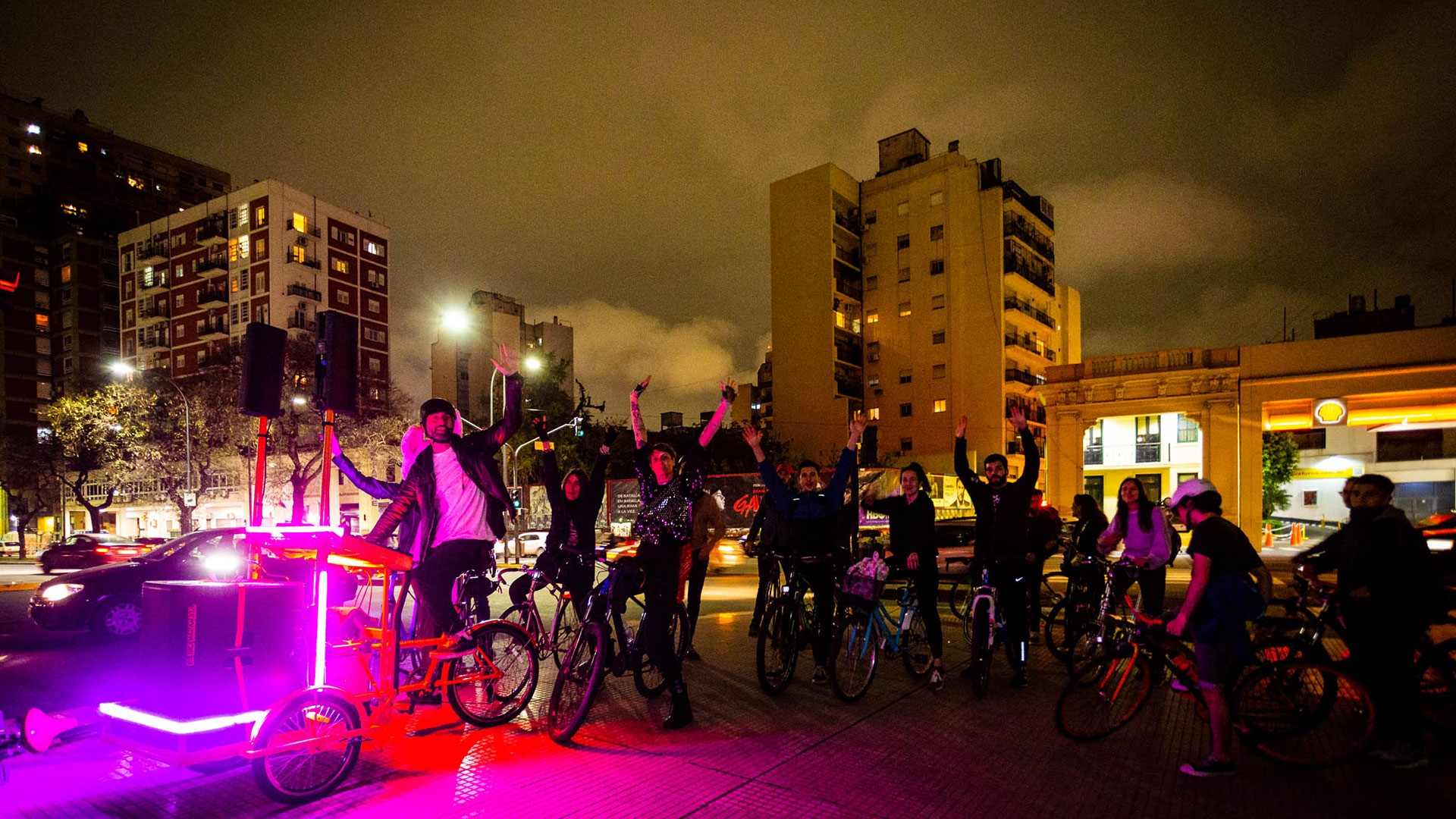 Since its birth, it has occupied key spaces in the City. First, the Recoleta Cultural Center, hotbed of the young and urban culture of that time; then it was installed in the Usina del Arte, to make visible the great cultural space in the south of Buenos Aires; last year it moved to different locations in the Historic District, forming part of the revitalization of the micro and macro downtown area. This 2022, on his 15th birthday, and now that it is possible to dance, sing and jump all together again, it is done in the Palermo Woods, the Velodrome and its surroundings.

Ciudad Emergente is a platform for new artists from all over the country to show their talent. Through federal calls, every year bands and artists from all provinces join. The festival aims to make visible innovative projects by established artists and emerging bands from all over the country, who signed up for the national call #ExperienciaEmergente2022. Fifty bands from all the provinces were selected from there to live training meetings and virtual training at the hands of music experts. After this process, some were chosen to travel to the City of Buenos Aires and play on one of the festival’s stages. They were selected to represent each of the regions of Argentina at the festival: Piba, from the City of Buenos Aires, Negra Chávez, from the Province of Buenos Aires, Hollywood Bungalows, from Jujuy, Rot Alone, from Misiones, Delta Calibre, from Neuquén, Rudy, from Córdoba, and Feli Ruiz, from Mendoza.

On Friday, September 7 at 9:00 p.m., #15Emergentes de hits! will be held, an unprecedented show that brings together 15 editions of hits by the artists who wrote the history of Ciudad Emergente. Singers who appeared at the Festival when they were emerging and who are returning today, already consecrated, will participate: An Espil, Brenda Martín and Lula Bertoldi, Bambi, Celli, Chano, Juan Ingaramo, Silvina Moreno and Nashy-Nashai, an artist promoted by the Arte program in Neighborhoods that promotes cultural activity in popular neighborhoods. Each artist will sing two songs, one from her first participation in the festival and another hit from her current repertoire. They will be accompanied by a specially created band, with emerging artists from different bands.

Programming will be available at emerging city site and through BOTI, it will be possible to access the information of the day by day, for each section and for space of the festival. Neighbors will be able to consult the robot of the City of Buenos Aires to find out all the news of the Festival and participate for tickets for different musical shows that take place in the City during the last months of the year. Organized by the Ministry of Culture of the City of Buenos Aires.

The entrance to the venue will be through Avenida Belisario Roldán 4400, behind the Planetarium, in the former velodrome of Buenos Aires.