Chelsea booked their first win of this Champions League season on Wednesday. The Londoners were 3-0 too strong for AC Milan without Hakim Ziyech. In Spain, Real Madrid booked a narrow victory over Shakhtar Donetsk: 2-1.

Wesley Fofana opened the scoring for Chelsea against Milan. The Frenchman hit a corner after more than twenty minutes from a messy situation. Ten minutes later, Mason Mount also scored for Chelsea, but the former Vitessenaar’s goal was disallowed for offside.

Pierre-Emerick Aubameyang made it 2-0 early in the second half. The Gabonese hit from close range from a measured cross by Reece James. Moments later, James made the 3-0 himself with a shot into the roof of the goal. Ziyech remained on the bench for the entire match.

Earlier in the evening, Red Bull Salzburg also recorded its first victory. The Austrians defeated Dinamo Zagreb 1-0 thanks to a penalty from Noah Okafor. 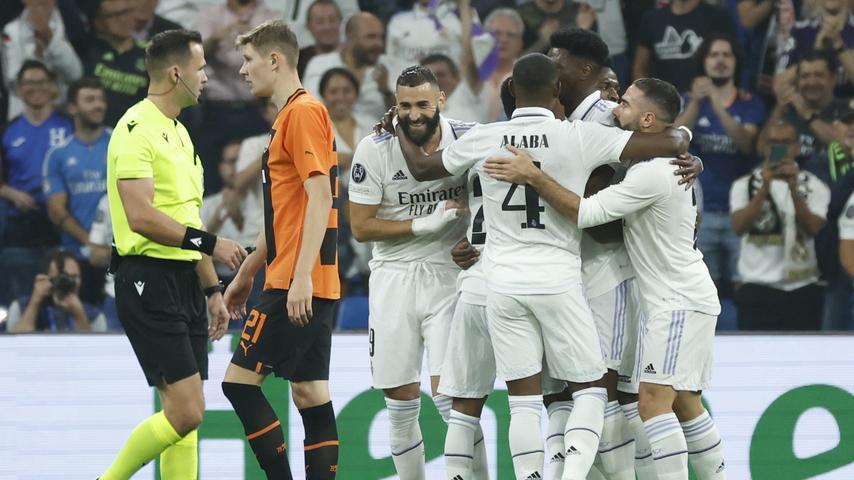 In group F, Real Madrid led 2-0 against Shakhtar Donetsk within half an hour. Rodrygo opened the score in the thirteenth minute with a shot from the edge of the box. Fifteen minutes later, Vinícius Júnior completed a brilliant attack.

Real thought they had the three points, but in the final phase of the first half Shakhtar came back into the game via a nice volley from Oleksandr Zubkov. After the break, the Ukrainians still became dangerous, but there was no point anymore. In the final phase, Marco Asensio hit the post on behalf of the home team.

Earlier in the evening, RB Leipzig beat Celtic 3-1 in the Champions League debut of Janis Blaswich. The former goalkeeper of Heracles Almelo replaced the injured Péter Gulácsi after fifteen minutes.

After half an hour, Nkunku gave Leipzig the lead from a counterattack. Celtic came alongside early in the second half via a jota striker, but André Silva still gave Leipzig the win with two goals. The Portuguese first punished Joe Hart’s poor kick and then completed a wonderful attack.

Real Madrid are leading with nine points from three matches. The Madrilenians are five points ahead of number two Shakhtar.

View the results, the standings and the program in the Champions League