Argentina is a country that through its landscapes, its food and traditions, is full of elements that will capture the attention of any foreigner who arrives for the first time in our lands. Any of these points can be a key motivator for that person, as soon as they return home, to be planning a second visit. Among the list of priorities are eating a barbecue, listening to tango and going to a soccer field, among many other activities.

Some tourists prefer to base themselves directly in the City of Buenos Aires to visit its most important points. A journey of a few weeks. Others extend their stay and choose to discover more places, such as Patagonia or the north; surely they will do it on a second or third visit. And finally there is the group, which regardless of the type of trip you undertake, will never reach them. Such is the case of José Luis The Puma Rodríguez, who has been touring Argentina for several decades. And he is never enough for her.

“I’ve been coming to this country for 40 years and it always seems like the first time,” says the Venezuelan, star of a new episode of #ArgentinoPorUnDía. The Puma arrived a few months ago to join as a jury of the sing with me now, Marcelo Tinelli’s program. At almost 80 years old and with a huge career on his shoulders, the singer confesses that he enjoys every moment of his stay very much. On this occasion he traveled alone, he prefers not to leave the hotel where he is staying since, without the company of his wife, he does not enjoy sightseeing, and his days are divided between meetings with friends, recordings of the ElTrece cycle, routines in the gym and enjoy some series.

Although he has been going in and out of Ezeiza Airport for a long time, El Puma explains that his routine is always the same: “I don’t know how many times I’ve come to Argentina, but the first thing I do when I arrive is rest after an eight-hour flight. , take a bath and contact the people I know here, whether it’s for a show, a program or friends”. 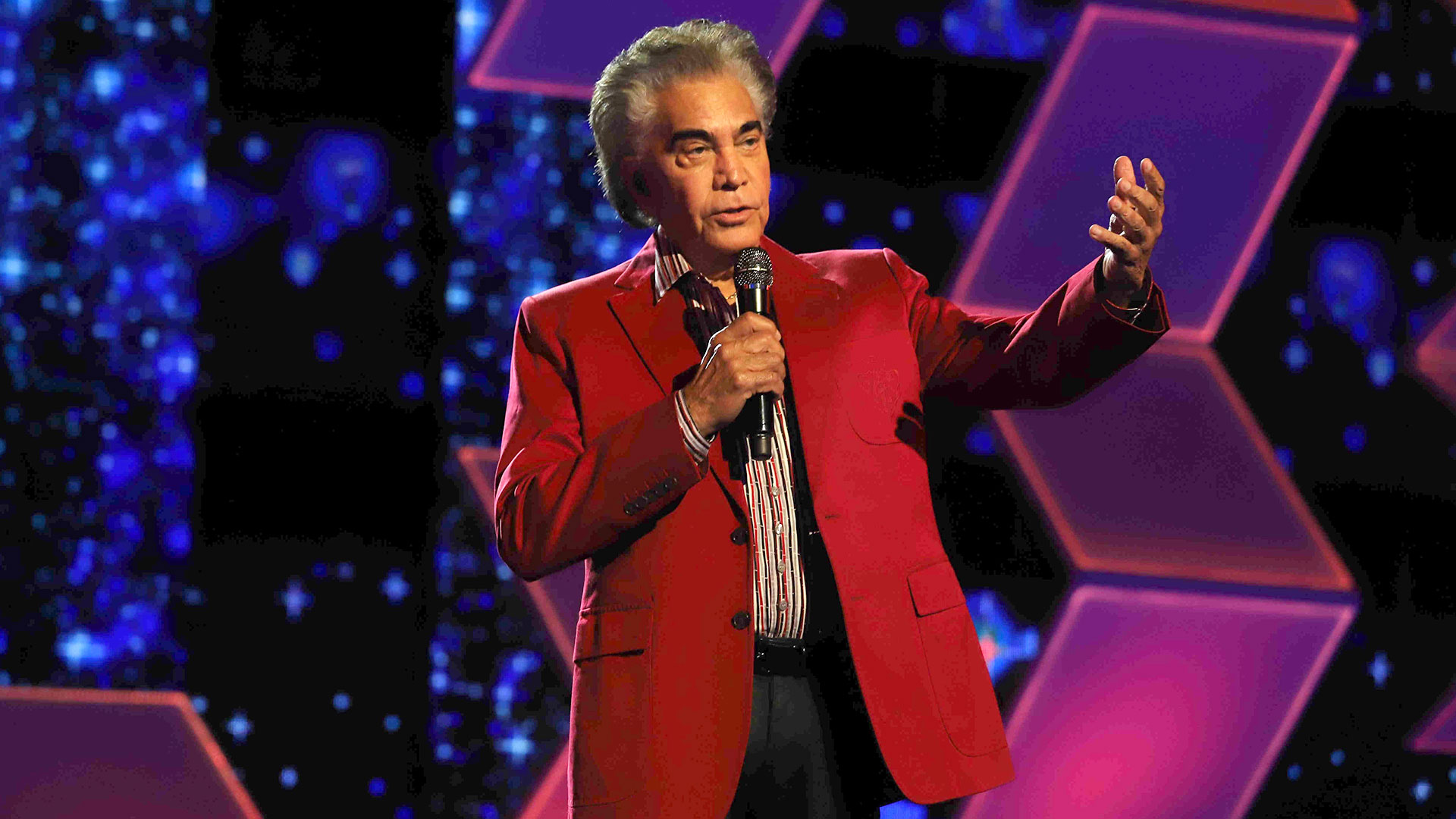 Puma Rodríguez, in Sing With Me Now (RS Photos)

There are many places in the interior where he has been to give a recital, but he hasn’t gotten to know them properly. The dynamics of the shows and the tours led him to sing in innumerable points throughout Argentina, but very rarely did he have time to go sightseeing. In addition, he points out that he has never been to Tierra del Fuego: he has seen many photos of Ushuaia and Río Grande that left him dazzled and he would love to visit.

When talking about his relationship with Argentina, you can see the emotion brought by the thousands of memories and stories that he treasures in these lands. “I feel very identified with this country. I am not Argentine by birth, but I am by heart”, affirmed the singer.

But not only his feeling is related to his experiences: thanks to his professional career, the Creole culture had an impact on him already in his childhood. “I have a lot of Argentine in me. Since I was a child I have been connected through cinema with Mirtha Legrand, The Big Five of Good Humor, Hugo del Carril and Gardel. I always liked the way you talk. Also listen and see tango”, he points out.

El Puma says that he was never a meat lover, but that he loves Argentine barbecue. Lately he could be seen sharing dinners next to the grill with Tinelli and his new jury partner on the program: L-Gante. He also points out that after his operation – he received a double lung transplant – he must be very careful with his meals and does not drink alcohol. “I ate several roasts in my life and drank fernet when I could,” he recalls.

But this time, the creator of classics such as “I have the right to be happy” and “I am guilty”, among many others, had to put on his apron and test his knowledge with the grill. “I don’t like to cook, but I’m going to do it for you. It is the first time that I am going to make a barbecue, ”he warned.

With the fire already lit, and under the supervision of an expert griller to bring him some tips from a distance, he first prepared the offal and the roast. “They are a cult of cholesterol,” José Luis Rodríguez released, laughing. He does not usually eat black pudding, gizzards and chitterlings, but he does maintain an absolute fascination with the flavor of the choripanes that they prepare at the stalls on the Costanera. “The real secret is on the street, you can’t get that flavor elsewhere.”

Once the meat was salted and seasoned (he put pepper on the roast, but that remains in each grill), he threw everything on the coals. While waiting for the meat to be ready, under a beautiful midday spring sun, El Puma talked about what his recitals are like after such a race. “I trained a lot of years ago. In my shows I make an accumulation of songs, memories, hits that people want to hear. A lot of people come for the first time and they want to hear the hits, and you have to please them.”

The artist also went through the Argentine Dictionary and the Argentine Blood Test, segments where knowledge about our country is put to the test. With the first one he had almost no difficulties: he knows a lot about the argento vocabulary and he noticed it before starting. And it is that thanks to his participation in different television programs, he was aware of the use of various concepts. “In Sing with me the term ‘we are breaking it’ is used a lot to say that it is coming out excellent”, he exemplified.

Then, they were shown photos of different personalities related to the country: José Luis had to say who they were. There, he was able to recognize former soccer player Oscar Ruggeri and actress Graciela Alfano, although he was unable to distinguish between San Martín, and the singers Duki and María Becerra.

After the waiting time, El Puma removed the meat from the grill, cut it on a board and left everything ready to serve at the table. Confident that he had turned out excellent, he took a piece of roast and tasted it. When he brought it to his mouth, his charming face said it all: “Very yummy! The truth is that I am surprised at myself for having been my first time, I totally set sail”. And we can attest…

#ArgentinoPorUnDía is an Infobae production that accompanies the world’s leading artists who come to Buenos Aires to perform their shows to enter the universe of our practices. From an outdoor breakfast with mate and croissants to a walk through San Telmo and a barbecue, the musicians will try different foods, learn about our history and experience the feeling of being Argentine, even for a day.

#ArgentinoPorUnDía, with Sebastián Yatra: his love for crumb sanguchitos and his desire to live in Patagonia#ArgentinoPorUnDía with Justin Quiles, the reggaeton player who drinks mate and was fascinated by the stuffed fugazzetta