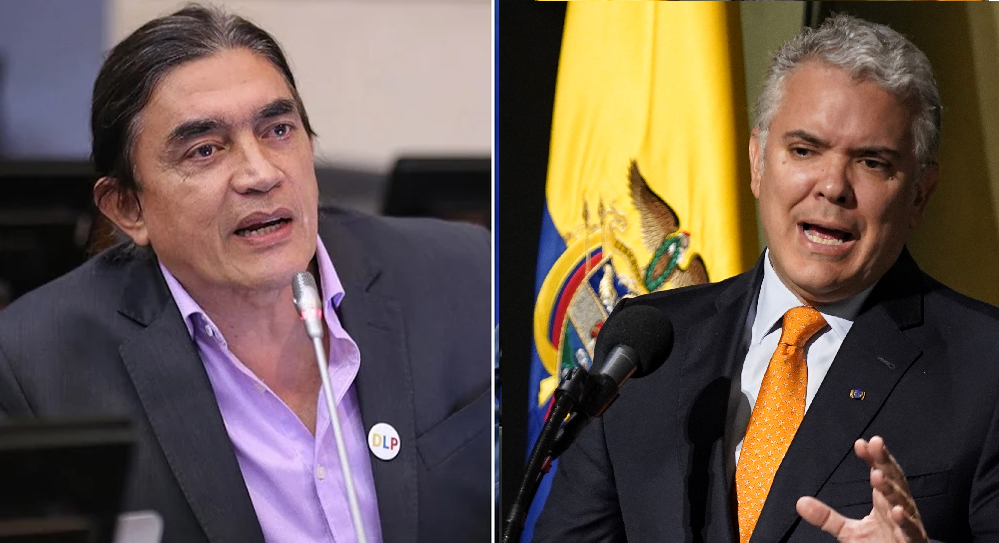 Yesterday, news was a national trend, it was revealed to the media that through the Administrative Department of the Presidency (Dapre), purchases of household appliances and lingerie were made through the virtual store of the Colombia Compra Eficiente platform. for the home of President Petro, Vice President Francia Márquez and the Illustrious Guest House of the Presidency in Cartagena, in total the purchases added up to a value of more than $170 million.

In this regard, the Senator of the Historical Pact Gustavo Bolívar spoke, the politician indicated through his Twitter account that something similar would have happened in the Government of former President Duque when he arrived at the House of Nariño, according to Bolívar in his trill on that occasion the presidency of the Republic would have spent 118 million pesos on a crockery.

“Without defending purchases, I explain the costly removals: DAPRE purchases for Duque’s arrival in 2018. Photo 1: —Dishes for 118 million —Televisions for 41 mill. —Restoration of furniture for 96 mill. (items 4 and 6) —Lingerie and sheets 84 mill. (items 7 and 9)”, trilled the Senator next to a photograph. 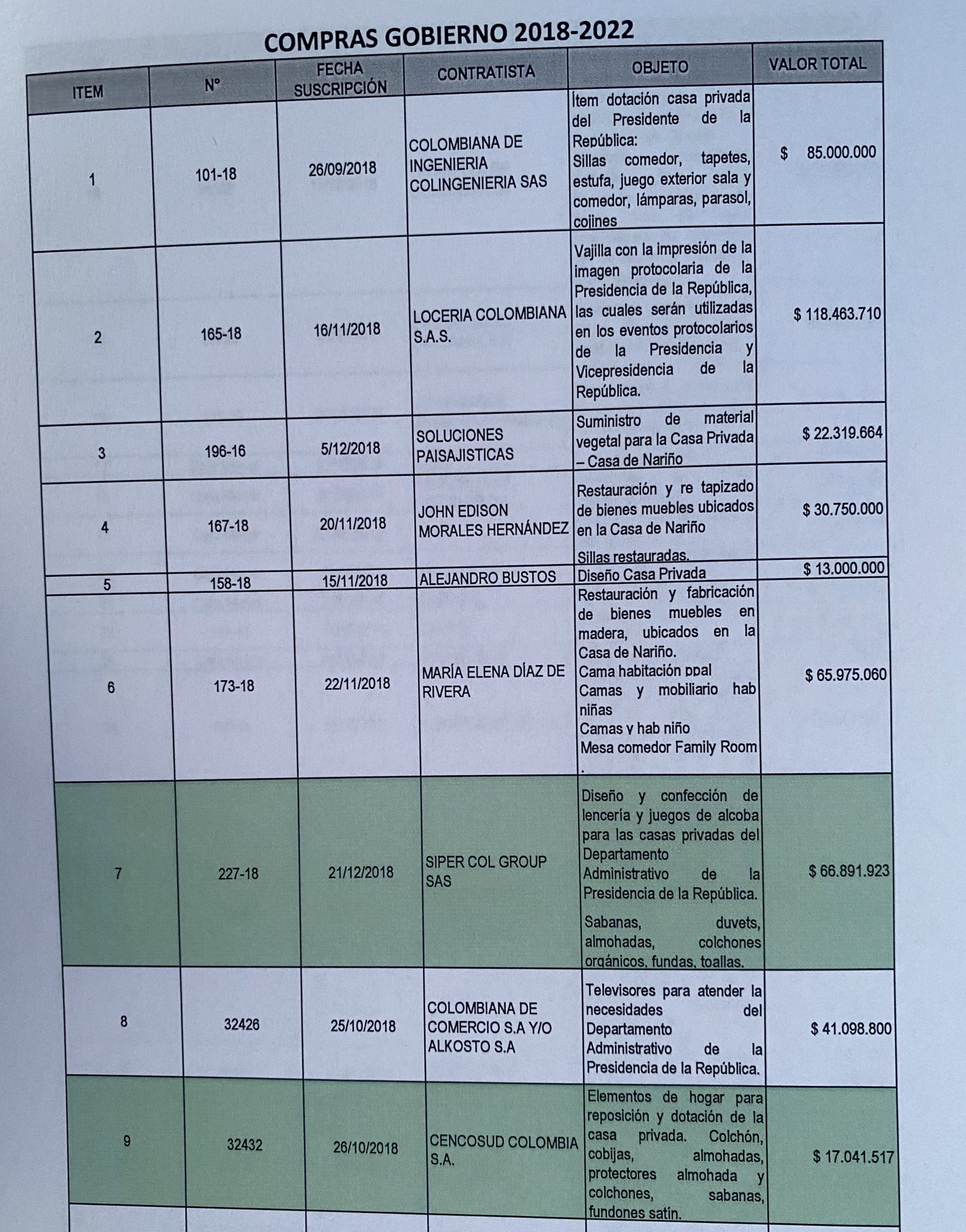 But it was not the only photo with purchase that he uploaded, he also indicated some expenses for kitchen accessories: “It stands out: —Dehumidification equipment for 21.4 million —Kitchen appliances for 39.4 million. —Mattresses and mats for Hacienda Hatogrande for 33.7 million… New kitchen utensils and new televisions (again) for 38.5 million —New furniture restoration and reupholstery for 25.7 million”.

They also appear in these purchases apparently made for 2018, acquisitions destined for the Illustrious Guest House of the Presidency in Cartagena: “Soaps for the Cartagena guest house for 1.9 million. —Cabins and televisions each Cartagena for 22.7 mill. —Ice factories and new sheets for 13.2 thousand”, commented the Senator of the Historical Pact, indicating that on that occasion the total expenses added up to a value of 686.8 million.

The controversial issue had several voices that rejected the millionaire purchases taking into account that the Government had announced an austerity plan. In this regard, the director of the Drape Mauricio Lizcano, justified the purchases and indicated that there is no irregularity: “Furnishing private houses is a duty of DAPRE after prior requests from the administrative heads of each house and all purchases, as in this case, are made through the Colombia Compra Eficiente virtual store, a transparent mechanism”.

On the morning of this Tuesday, October 4, through his Twitter account, the head of state published a thread on his Twitter account where he referred to the contracts authorized by one of his teammates, the director of the Administrative Department of the Presidency, Mauricio Lizcano.

The objects to adapt the private rooms of the Casa de Nariño, where there are curtains, sheets and appliances whose expenses amount to 170 million, were delivered by the Colombia Compra Eficiente platform. President Petro said that this was not for his benefit or that of Vice President Francia Márquez, but for, supposedly, the cleaning staff of the presidential palace.

“Did you know that one of its purposes was to buy bedspreads, blankets and sheets so that the people in the service had the same comforts as the guests at the Palacio de Nariño?”, began questioning the president of the Colombians.

The President of Colombia considers it “an injustice” to include Cuba in the list of countries that supports terrorist groupsInsight Crime assures that the Colombian guerrillas are binational and have been welcomed by VenezuelaAntony Blinken and the TPS: Venezuelans “cannot return to their country for humanitarian catastrophe and political repression”