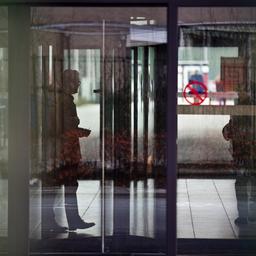 The burnt-out school building of ROC Mondriaan in The Hague will be unusable until the autumn holidays. The 803 students of the School for Order and Safety will therefore attend classes at other locations until the end of October.

The fire was discovered by a security guard and two aspiring security guards around half past six on Thursday evening, September 29. The flames started in the equipment room of the sports hall. An investigation by the fire brigade and police shows that the cause is a technical defect, says a spokesperson for ROC Mondriaan.

Soon thick, gray clouds were rising from the roof. That is why the police and fire brigade advised local residents to keep windows and doors closed and to switch off electrical ventilation systems. Meanwhile, the doors of the sports hall were kept closed, so that the fire could not spread. Firefighters came out of the building “blackened”.

The fire brigade used long, thick hoses to get extinguishing water from the Haagse Bos because there was not enough extinguishing water available in the vicinity of the school. The Bezuidenhoutseweg and part of the Laan van Nieuw East Indies were therefore closed for some time. The flames were monitored from above with drones. About two hours later, firefighters had the flames under control. There were no injuries. In addition to the fire and water damage, many classrooms are covered with a thick layer of soot. The building on Helenastraat in Bezuidenhout is now trimmed with red and white ribbon. The 803 students normally taught in the school have been relocated to other locations. ROC Mondriaan takes into account that the burned building will be unusable until the autumn holidays.

Also read this premium article from our partner