After the passage of Hurricane Orlene along the coast of Jalisco and of the effects of the earthquakes that have occurred in recent weeks, the Government of Jalisco assured that it will allocate resources to support the effects that these left. The above, he said through a statement, after carrying out the damage count, through a review and ruling by the corresponding areas.

In total, he pointed out, it was determined that there was major damage to 78 homes in the Entity, which will be supported through the trust of the State Fund for Natural Disasters (FOEDEN), although it did not disclose the amount that will be required for it .“In the case of highways, after the passage of Orlene, the Government of Jalisco dealt with two sinkholes on highway 556 Talpa-Llano Grande, at kilometers 49 and 58. From the outset, the Government, through the Secretariat of Infrastructure and Public Works (SIOP), implemented alternate accesses that are already in the process of being repaired,” said the State Government. 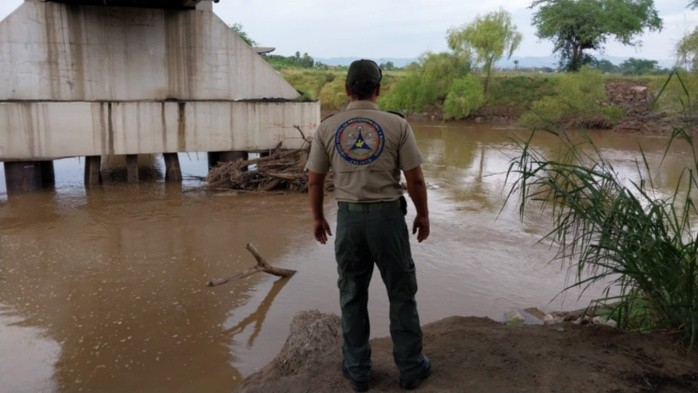 Additionally, in coordination with the Secretariat of Infrastructure, Communications and Transportation (SICT), the damage to federal highway 200 is being reviewed, which had a landslide at km 35 in the municipality of La Huerta, which remains open with one lane alternating , while on federal highway 80, where there was another landslide, it was already clean and open to traffic, the Executive asserted. Regarding state schools, he indicated that 242 schools were found with minor damage “which are being attended to immediately with a fund of 30 million pesos. (mdp) del FOEDEN”, with the aim that there are conditions to guarantee the safe return to the classrooms as soon as possible of all student community.

The SIOP will also begin next week the repair of eight schools that had major damage with a bag of 50 million pesos, which will be financed with resources from the agency itself. “The Government of Jalisco informs that it will assume all the expenses of these actions, without resorting on this occasion to the catastrophic expense insurance,” the statement noted.

To coordinate these efforts, this morning held an operational meeting, headed by the state governor and in which the chief of staff participated, Hugo Luna Vazquez; the Secretary General of Government, Enrique Ibarra Pedroza; the Secretary of Education, Juan Carlos Flores Miramontes; Alberto Esquer, Secretary of the Social Assistance System, Victor Hugo Roldán, Director General of the State Civil Protection Unit, Ricardo Rodriguez, Secretary of Administration and Omar Paredes and Jose Maria Goya officials of the SIOP.