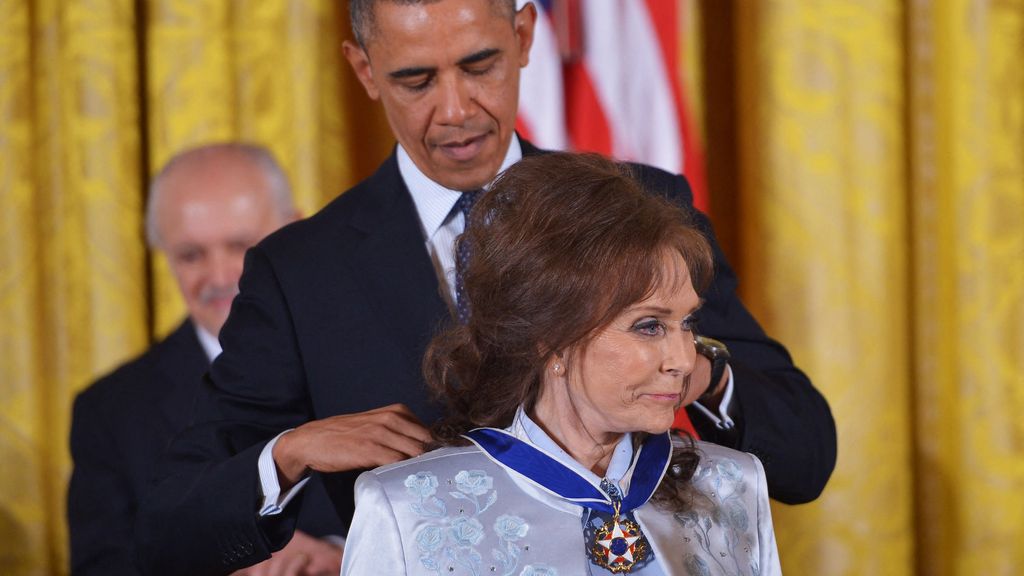 American country singer Loretta Lynn has died at the age of 90. She died at her home in Tennessee, her family reported to the American news agency The Associated Press.

Lynn played a pioneering role in developing the conservative genre of country music by singing about women’s issues such as birth control (The Pill), childbirth (One’s on the Way), double standards for men and women (Rated ‘X’) and drunk husbands (Don’t Come Home A-Drinkin’ (With Lovin’ on Your Mind).

Her songs, inspired by the problems she faced in her marriage, were considered controversial by many country radio stations in the 1960s and 1970s and therefore not played. Despite this, Loretta Lynn grew into one of the most famous country singers ever and paved the way for many other singers.

She was number 1 24 times with her songs. Eleven of her albums reached first place in the (country) music charts. Lynn was also the most awarded female country artist in history.

The under-educated daughter of a Kentucky miner, Loretta Webb, born in 1932 in Kentucky, married six years her senior Oliver “Doolittle” Lynn, whom she had only met a month before.

The couple moved to a logging community in Washington where Lynn gave birth to the first of their six children at age 16. Her husband gave her a Harmony guitar as a gift on which she taught herself to play.

With Doolittle’s encouragement, she started her own band, Loretta and the Trailblazers, with her brother Jay Lee playing lead guitar. The happiness and sadness of her early years of marriage were the inspiration for her songs.

Her first album I’m a Honky Tonk Girl was released in February 1960. In 1967 she had her first number 1 hit with Don’t Come Home A-Drinkin’ (With Lovin’ on Your Mind) and the album where that on stood became the first album by a female country artist to sell more than 500,000 copies.

Her 1976 bestselling autobiography, Coal Miner’s Daughter, was made into an Oscar-winning film of the same title in 1980. Starring Sissy Spacek and Tommy Lee Jones. Spacek won the Academy Award for Best Actress for her performance as Lynn. Her album Van Lear Rose, released in 2004 and produced by alternative rock musician Jack White of Thee White Stripes, was nominated for five Grammys and won two.

Loretta and Doolittle had been married for nearly 50 years when he passed away in 1996. In her 2002 autobiography Still Woman Enough, she wrote about the ups and downs of her marriage. “He thought I was something special, more special than anyone in the world, and he never let me forget that.” But he also had another side. “Doo was a good man and a hard worker. But he was an alcoholic and that affected our marriage all the time.”

In 2017, she ended her nearly 50-year career after suffering a stroke and breaking her hip a year later.