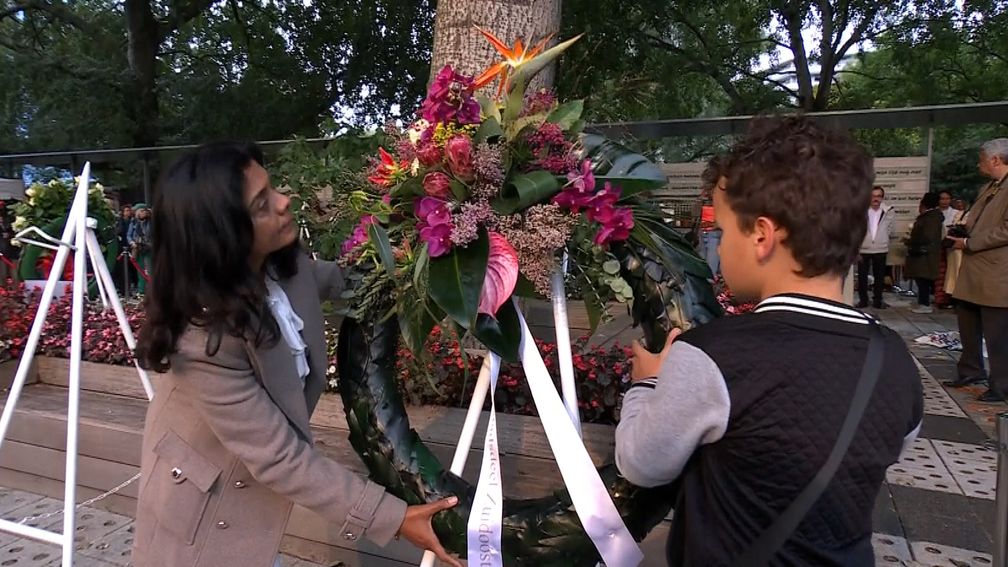 Relatives, residents of the Bijlmer and politicians have commemorated the Bijlmer air disaster in Amsterdam. Today it is thirty years ago that a cargo plane crashed into the Groeneveen and Klein-Kruitberg apartment buildings in the Bijlmermeer.

The commemoration started in the Cultural Education Center (CEC) in Amsterdam Southeast. There, among others, relatives and mayor Halsema spoke, and musicians performed. Halsema spoke, among other things, about the pain that is still felt by residents, but said that the disaster has also created “self-awareness”. “She has undeniably contributed to a generation of people who make our Southeast a little better.” She called the disaster “heritage for all Dutch people”.

‘My niece is still with me’

Surviving relative Geneviève Arlaud also mainly brought a message of hope. Her cousins ​​were two of the 43 victims of the disaster. Arlaud was not yet born when the plane crash took place, but said he was named after her niece and said he felt a connection with her. “I feel she is with me. Love does not end after death, it is forever and connects us in all time.”

State Secretary Heijnen (Infrastructure and Water Management) spoke of “a scar on the soul of the Netherlands” and the loss that many felt. Although the aircraft landed in Amsterdam-Zuidoost, “it could have been somewhere else,” she said. “Fate does not choose. This is a disaster that affects us all. And no matter how dark, there is always the light in which people find, help and comfort each other.”

Then they walked to the site of the disaster. At the so-called tree that saw everything, the names of victims were read and sung. Then at 6.35 pm, the exact moment the plane pierced the apartment buildings, a minute of silence followed and wreaths were laid by, among others, relatives.